Is 3D Digital Subtraction Angiography Really Perfect? Enlightenment from a Case with Both False Positive and False Negative Results.

The aim of this study was to report a case that underwent a craniotomy after primary pre-operative cerebrovascular and 3D digital subtraction angiography (DSA) showed false results. DSA misdiagnosis and missed diagnosis of aneurysms were found, and the subject was subsequently treated accordingly. This case was analysed to identify: 1) the cause of the false positive and false negative results in DSA, 2) the limitations of 3D DSA and 3) the experience acquired and lessons learned. A 54- year-old spontaneous subarachnoid haemorrhage patient underwent DSA and 3D DSA under local anaesthesia. Results revealed aneurysm at the anterior cerebral A1 end. Considering the excessively large tumour angle circuitry, we decided to adopt craniotomy and clipping under direct vision. Misdiagnosis and missed diagnosis were intra-operatively noticed, and the aneurysm was clipped out. About half a month after the operation, the patient underwent DSA again under full coordination. The results from these two DSAs were compared. An originally suspected aneurysm was merely a pseudo-anterior communicating artery; the real aneurysm was located in the starting zone of A1. Active cooperation (or anaesthesia) made 3D DSA clear and complete. Moreover, the two 3D DSAs were both ineffective in identifying false positive aneurysms because of anatomical variation. 3D DSA is still limited in differentiating or developing anatomical variations of cerebrovascular vessels, thereby causing false positive results. The use of 3D DSA requires full cooperation from the patient. The guiding effect of the clot accumulation area on aneurysms should be considered during operation.

Spontaneous subarachnoid haemorrhage (SAH) is most commonly caused by intracranial aneurysm (ICA), followed by arteriovenous malformation and moyamoya disease. The diagnostic methods for SAH include computed tomography angiography (CTA), magnetic resonance angiography (MRA) and digital subtract angiography (DSA). CTA and MRA have been proven helpful for the diagnosis of ICA, and their combination with 3D rotary imaging yields very high sensitivity and specificity, especially for aneurysms larger than 5 mm [1-6]. However, the gold standard for diagnosis of aneurysms is still DSA because DSA is able to find the micro- aneurysms missed by CTA or MRA and can diminish the effects of the skull and haematoma on imaging. The perfection of 3D DSA allows radiologists or therapists to observe lesions from multiple angles and to identify the neck, direction, parent artery and perforator vessels, especially the vascular complex (e.g., anterior communicating artery, ACoA), with better-displayed micro-aneurysms. For instance, three of nine cases with 2D-DSA-negative SAH were found to have aneurysms via 3D DSA [7]. Several studies reported correction rates of 23/98 [8,9] and 3/44 [10]. These results indicate that 3D DSA has higher developing capability than 2D DSA and thus becomes the new gold standard. However, the limitations of 3D DSA, especially misdiagnosis and missed diagnosis, have rarely been reported. We expect to reveal the limitations of 3D DSA with the case in this study that involves both false negative and false positive outcomes of 3D DSA.

A 54-year-old male patient was admitted after sudden severe headache. Physical examination showed the following: consciousness, painful face, neck resistance and normal cranial nerve and body activity. Computed tomography (CT) revealed widespread SAH. The cause was considered to be anterior cerebral or ACoA tumour. The patient underwent complete DSA (four vessels) and bilateral intracervical artery 3D DSA under local anaesthesia (Artis Zee Ceiling angiography instrument, Siemens, Germany). He was irritated upon undergoing right 3D DSA. Results show that a 2.5 mm × 1.5 mm aneurysm appeared at the right anterior cerebral A1 end and that some vessels were not fully developed because of irritation (Figures 1 and 2). The angle between the aneurysm and the parent artery was too large, hence potentially inducing high risks. We therefore selected craniotomy and clipping under direct vision. 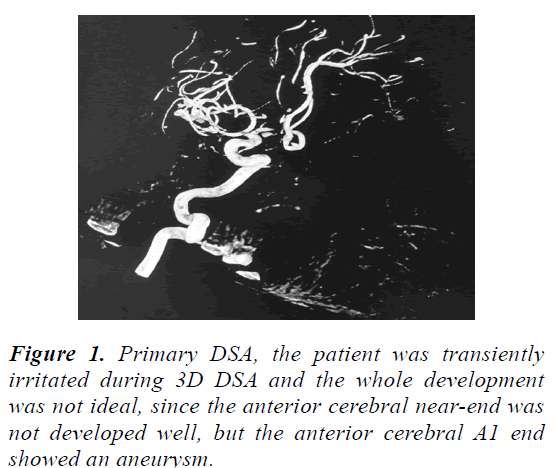 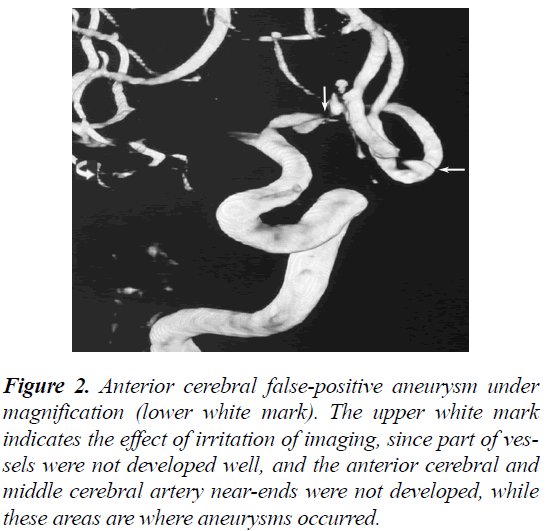 The meninges were opened using the pterional approach (his brain tissues were swelling). Lateral ventricular puncture was performed to discharge part of the cerebrospinal fluid. A sharp dissection along the lateral fissure was performed until the intracervical artery was reached, exposing optic chiasma, intracervical artery and nervus oculomotorius. The area indicated as an aneurysm was preoperatively located along the anterior cerebral artery.

After careful free exploration, no obvious aneurysm was observed. However, some abnormal vessels were found. The anterior cerebral artery end was connected to the abnormal ACoA (Figures 3 and 4). The operation was not stopped immediately. Remembering that a clot accumulation area was present at the starting location of the anterior cerebral artery, we explored this area. Finally, the aneurysm was located and successfully clipped out (Figures 5-7). 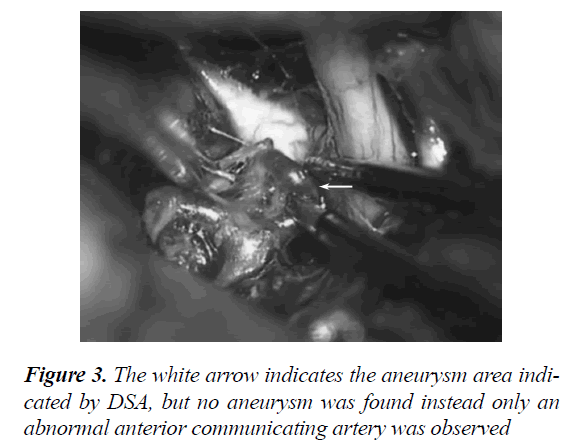 Figure 3: The white arrow indicates the aneurysm area indicated by DSA, but no aneurysm was found instead only an abnormal anterior communicating artery was observed 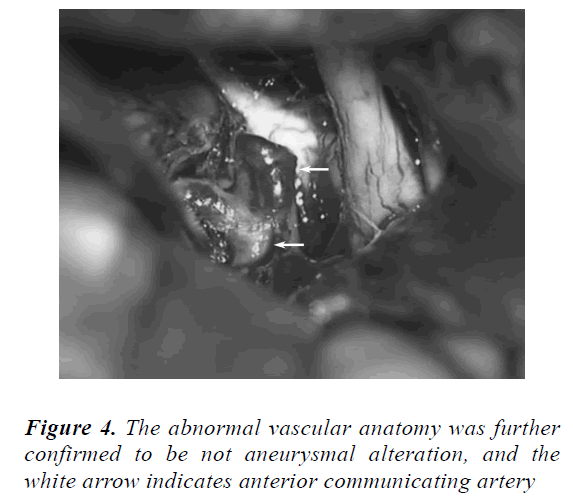 Figure 4: The abnormal vascular anatomy was further confirmed to be not aneurysmal alteration, and the white arrow indicates anterior communicating artery 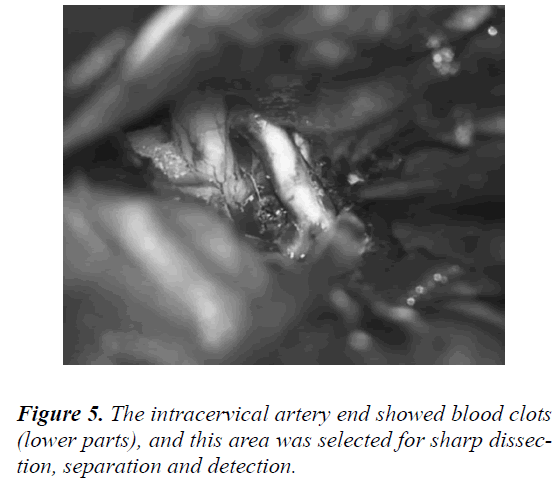 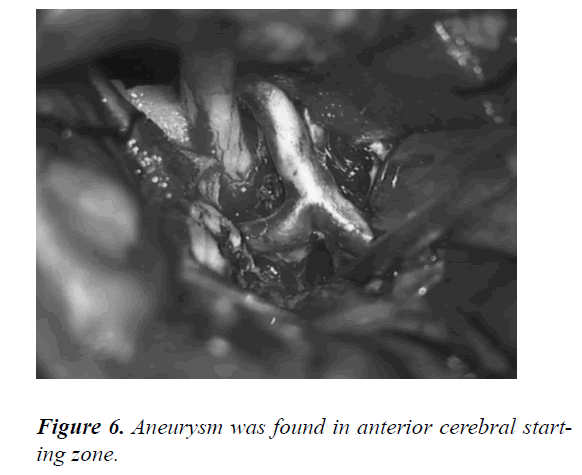 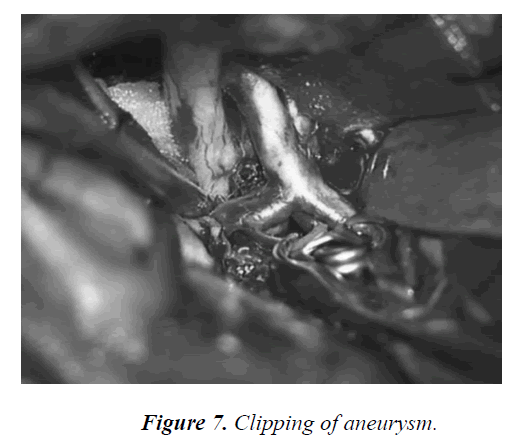 The patient recovered well, and after approximately half a month, he again underwent DSA and 3D DSA. The results are summarised together with the primary angiographs.

By comparing the primary and secondary angiographs, we reached the following conclusions: 1) with the patient’s proper cooperation, the secondary angiography became better developed, and all vessels were visualised, 2) the primary false-positive area would be diagnosed as an aneurysm in the re-examination if the operative findings were not referred to (Figure 8), 3) in retrospect of the primary 3D angiographs, we identified something similar to an aneurysm in the aneurysm-indicated area but the patient was irritated, and the imaging was not fully developed, which did not alert us at first, 4) the primary 3D angiographs were fine-tuned via adjustment of window width, as a result, the primarily undeveloped vessels were developed this time, and the aneurysm was completely visible (Figure 9). 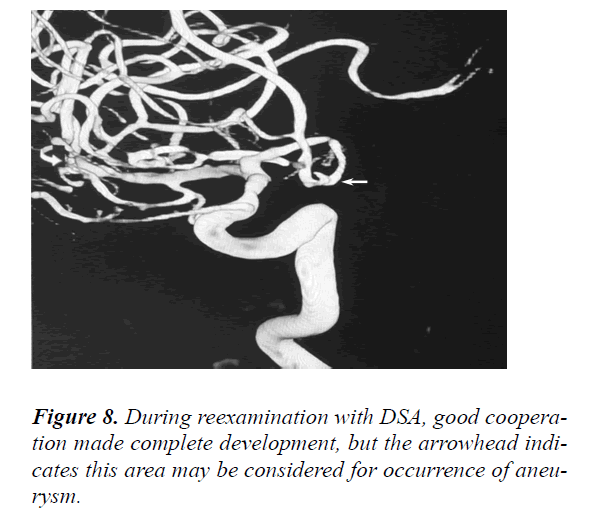 Figure 8: During reexamination with DSA, good cooperation made complete development, but the arrowhead indicates this area may be considered for occurrence of aneurysm. 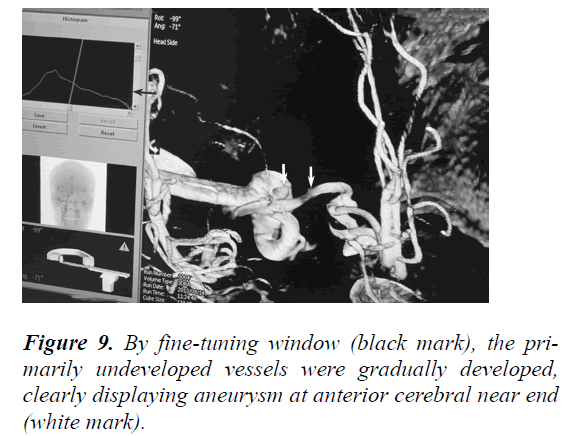 Spontaneous (or non-traumatic) SAH is usually induced by ICA, arteriovenous malformation or moyamoya disease, and approximately 90% of cases can be attributed to a clear cause. However, for some cases, no abnormality can be found even after repeated angiography. Depending on the shape and position of the haemorrhage on CT, these cases are classified into two types: perimesencephalic SAH (PMN-SAH) or non-PMN-SAH. Cerebral convexity gyrus haemorrhage is recommended as a subtype of non-PMN-SAH [12]. This subtype may be caused by the same factors as those causing non-PMN-SAH and has good prognosis. PMN-SAH may be caused by [12] a small ruptured vein, abnormal capillary expansion, ruptured perforator vessels, cavernous haemangioma or abnormal anatomy of the basal artery. The prognosis of PMN-SAH is favourable because the site and cause are relatively mild. However, non-PMN-SAH may induce repeated haemorrhage, cerebrovascular convulsion or hydrocephalus without a clear cause, and the prognosis is relatively poor.

Timely DSA is necessary if non-traumatic SAH is suspected. The available techniques are CTA and MRA. Along with the development of imaging equipment and technology, researchers are interested in the variations of technical indices of CTA and MRA and are curious whether non-invasive cerebrovascular developing technology will approach or outperform DSA. Regarding CTA, a meta-analysis involving 397 cases [13] showed that CTA has a sensitivity of 97.0%, specificity of 98.9%, positive predictive value (PPV) of 97.8% and negative predictive value (NPV) of 98.5%. Another meta-analysis involving 544 cases [14] showed that CTA has a sensitivity of 95.4%, specificity of 98.3%, PPV of 96.9% and NPV of 97.4%. With the help of 3D software, the sensitivity and specificity of CTA can be improved to 98.9% and 100%, respectively [15]. These results confirm the effects of CTA; however, its accuracy is not as high as those reported, especially for aneurysms smaller than 5 mm or those located in the AcoA [16]. Regarding MRA, a meta-analysis involving 960 cases [17] showed that MRA has sensitivity of 95% and specificity of 89%, and misdiagnosis mainly involves aneurysms in the middle cerebral artery or near the skull. MRA is efficient for the diagnosis of unruptured aneurysms [18]. In addition, MRA is effective in the re-examination of interventional embolism aneurysms and is thus recommended as the first choice for three-month re-examination [19].

On the basis of the above literature, the effects of CTA and MRA have been confirmed. Nevertheless, their limitations are also obvious. For instance, the difficulty in the diagnosis of micro-aneurysms or complex aneurysms as well as the interference of the skull will lead to false negative or false positive results. The disabling and fatality rates of aneurysms are very high. Thus, these diagnostic errors, despite low incidence rates, will result in severe consequences. Therefore, a highly suspected spontaneous SAH should be examined via DSA, despite the possibility of being diagnosed as negative in CTA or MRA. Negative outcomes should be excluded only through DSA, whereas positive outcomes should be treated under the guidance of DSA. We support that DSA can be used directly, rather than as a complement of CTA or MRA [20].

DSA remains the gold standard in diagnosing aneurysms. However, some aneurysmal haemorrhages are not discovered in primary DSA, but only in secondary DSA. This phenomenon can be attributed to the following [21,22]: 1) severe vasospasm, 2) micro-aneurysms, 3) formation of thrombus inside an aneurysm and 4) aneurysm compressed by haematoma or swollen tissues. Therefore, reexamination is particularly important [23-25]. Along with the perfection of 3D DSA, clear and multi-angle imaging systems allow physicians to properly analyse information on the size, angle, direction and neck of the aneurysm as well as the parent artery and perforator vessels. 3D DSA and 2D DSA have been compared in literature. Results show that compared with 2D DSA, 3D DSA is significantly more effective in the diagnosis of micro-aneurysms (< 3 mm) and aneurysm complex, with improvement in dosage of contrast agent and total radiation quantity. Therefore, 3D DSA is expected to be the new gold standard for the diagnosis of cerebrovascular diseases [7-10].

To date, 3D DSA and even primary 3D DSA have been extensively studied. Nevertheless, reports on missed diagnosis and misdiagnosis by 3D DSA, such as the case in this report, are lacking. In a previously reported case of SAH [26], CTA initially revealed a middle cerebral artery aneurysm. However, craniotomy/clipping was performed without re-examination by DSA, and no positive outcome was found. The case in our report implies that false negative outcomes could not be avoided as: 1) the patient was transiently irritated during the 3D CTA, causing discontinuity in vascular subtraction imaging. The operator did not perform 3D CTA for the second time, for fear of rupture in the aneurysm, 2) the operator was subjectively too confident in the false positive aneurysm and 3) fine-tuning of the bone window would discontinuously develop the discontinuous vessels. If these factors were taken care of the operator could identify the aneurysm. However, the first-time and second- time CTAs indicate that false positive outcomes are nearly unavoidable and that the suspected area was confirmed to be pseudo-ACoA. Does this finding indirectly indicate that 3D DSA still cannot fully differentiate anatomical variation?

This case study indicates that 3D DSA is not perfect as expected, because it requires the full coordination of a favourable imaging process and because it is not very efficient in differentiating the anatomical variation of aneurysms. 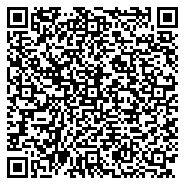