Diesel Exhaust Particles (DEPs) contain Polycyclic Aromatic Hydrocarbons (PAHs) and the Aryl hydrocarbon Receptor (AhR) is closely involved in the endocrine disrupting action of PAHs. Activation of the AhR is thought to cause various effects such as reproductive dysfunction. In our previous studies, Subcutaneous (SC) administration of DEPs to male mice caused reproductive toxicity and increased hepatic Cytochrome P450 1A1 (CYP1A) enzyme activity, as an indirect index of AhR activity. Air pollutants in the environment enter the body through the airways. In this study, we examined the effect of Intratracheally (IT) administered DEP on spermatogenesis and hepatic CYP1A1 in male mice. The amount of DEP administered IT in this study was lower than that administered SC in previous studies. The result showed that similar to SC, IT administered DEP decreased daily sperm production and hepatic CYP1A1 activity significantly. Thus, DEP toxicity was suggested to be more pronounced with IT administration than with SC administration.

Diesel exhaust gas is known to trigger carcinogenesis and allergic diseases [1,2], and has been revealed to cause damage to the reproductive system through the so-called environmental hormone-like effect [3]. The causative substance is the coal powder in diesel exhaust gas, named diesel exhaust particles (DEPs), which are aggregate particles composed of elemental carbon that further adsorb organic compounds and sulfates. Organic compounds include a numerous chemicals such as polycyclic aromatic hydrocarbons (PAHs), nitro compounds of PAHs [4], and endocrine disrupting chemicals such as dioxin derivatives [5]. The aryl hydrocarbon receptor (AhR) is involved in mediating the endocrine disrupting activity of PAHs [6] and its activation is thought to cause various effects such as reproductive dysfunction.

When PAHs are incorporated into cells, they bind with AhR to form a PAH-AhR complex, which is transferred into the nucleus and combines with the AhR nuclear translocator. This complex further combines with the dioxin response element in DNA and enhances the expression of genes of the Cytochrome P450 (CYP) family, such as CYP1A1, which are involved in carcinogenesis, immunosuppression, hepatotoxicity, teratogenicity and reproductive toxicity [6- 8]. CYP1A1 enzyme activity is recognized as an indirect index of AhR activity.

These results strongly suggested that quercetin reduced male reproductive toxicity by suppressing the DEP- induced AhR activation. However, these findings were from studies of mice exposed to DEPs by SC administration. Generally environmental air pollutants enter the body through the airways. Therefore, in this study, we examined the effect of Intratracheal (IT) administration of DEP on spermatogenesis and hepatic CYP1A1 in male mice.

NADPH and fluorescamine were purchased from Wako Pure Chemical Industries, Ltd. (Osaka, Japan). Resorufin and ethoxyresorufin were obtained from Sigma-Aldrich Chemical Co. Ltd (St. Louis, MO, USA). DEPs were collected, and a suspension was prepared according to Sagai’s method [13]. In brief, DEPs were collected on a glass fiber filter after driving a 2,740 cc, 4-cylinder, direct injection diesel engine (Isuzu 4JB-1) installed at the animal experiment facility of the National Institute for Environmental Studies (Tsukuba, Ibaraki, Japan) at 1,500 rpm with a load of 10 kg/m. DEPs were stored at -30°C until use. A nine-fold volume of phosphate-buffered saline (PBS) containing 0.05% Tween 20 (PBST) was added to the DEPs, and the mixture was suspended by sonication for 5 min on ice. Subsequently, the suspension was diluted with PBST solution to 0.5 mg/mL.

Six-week-old Balb/c male mice were purchased from Clea Japan, Inc. (Tokyo, Japan). The mice were housed in an environmentally controlled room at 23 ± 2°C with 55 ± 7% humidity on a 12 h light/dark cycle and were allowed a 1-week acclimation period. AIN93G diet (Clea Japan, Inc.) and water were provided ad libitum. After acclimation, the mice were divided into vehicle (n=6) and DEP (n=5) groups that were administered (IT) 50 μL of DEP suspension and PBST, respectively using a canula under anesthesia with 4% halothane 12 times during 6 weeks. Then, 3 days after the last treatment, all mice were weighed and sacrificed, blood samples were collected into individual heparinized centrifuge tubes, and centrifuged to separate the plasma, which was stored at −80°C until assayed for testosterone. The testes and liver were harvested from each animal, weighed, and then they were stored at −80°C until assayed for daily sperm production (DSP) and ethoxyresorufin-O-deethylase (EROD) activity, respectively. This study was approved by the Animal Research Committee, Aomori University of Health and Welfare, and all experimental procedures were performed in accordance with the Guidelines for Animal Experimentation of Aomori University of Health and Welfare.

DSP was determined using the procedure of Joyce et al. [14] and Yoshida et al. [15]. The left testis was homogenized for 30 s in 5 mL 10 mM PBS containing 0.05% Triton X-100 using a Polytron homogenizer. Aliquots of the suspensions were placed in a hematocytometer chamber, and the number of step 14-16 spermatids per testis was counted. The DSP obtained by dividing the spermatid count by 4.84, which is the number of days developing mouse spermatids spend in steps 14-16 during spermatogenesis [14,15].

The harvested livers were homogenized in 0.15 M potassium chloride (KCl) using a Polytron homogenizer. Microsomes were isolated by ultracentrifugation (105,000 × g, 60 min), and EROD activity was measured using the procedure of Kennedy et al. [16].

All data are expressed as means ± standard error of the mean (SEM). Differences between the DEP and vehicle groups were evaluated using the Student’s t-test. A P-value<0.05 was considered significant and the statistical analyses were performed using the statistical package for the social sciences (SPSS) version 20.0.0 for Windows (IBM SPSS Statistics; IBM Corporation, Somers, NY, USA).

In the present study, we examined whether IT administration of DEPs affects reproductive function and hepatic CYP1A1 activity of male mice. Balb/c male mice were used this study because they have highly responsive AhRs [7,17-19] and are easily affected by DEP toxicity [9,10]. The DEPs had no effect on body weight or absolute and relative (to body weight) testis and liver weights, which is not entirely in agreement with a previous report that inhalation of diesel exhaust alters body weight, but not testes weight in mice [15]. The negative effect of DEPs on body or organ weights may be dose-dependent.

DSP is a quantitative index of sperm producing ability [20] and the value per gram of testis tissue of the DEP-treated group was significantly decreased compared with that of the vehicle group. In our previous study, Balb/c male mice were administered DEP suspension at 24.7, 27.0, or 220 μg/mouse into the dorsal SC layer 10 times during a 5 weeks period [9], making a study total of 247, 270 or 2,200 μg/mouse, respectively. In the present study, each mouse received 25.0 μg during the experimental period, which is similar to the 24.7 μg/mouse in our previous study and the DSP per gram od testis tissue of the 24.7 μg/ mouse DEP group was not significantly lower than that of the vehicle group in the previous study [9]. However, IT administration of DEPs decreased spermatogenesis, suggesting a more potent effect than that induced by SC administration.

Testosterone is a crucial hormone for spermatogenesis and in the present study, the plasma levels of the DEP-treated group were decreased compared with that of the vehicle group, while the factor treatment was almost significant (P=0.0829). Both 3-methyl-4-nitrophenol (PNMC) [21,22] and 4-nitrophenol (PNP) [23], which are components of DEP, have reported to have antiandrogenic activity and they significantly decreased plasma testosterone levels in rats [21,22]. These findings suggested that PNMC and PNP have a direct effect on the testes that reduces testosterone secretion and our present study results suggest a similar trend.

Our previous study suggested that the toxicity of SC administered DEPs to the male reproductive system may occur in an AhR-dependent manner [10]. AhR is a ligand-activated transcription factor [6] that upregulates CYP1A expression, which has EROD activity [26]. Thus, hepatic EROD activity is an indirect endpoint of AhR responsiveness and in this study, we demonstrated that the toxicity of IT administered DEP is also similarly mediated. The EROD activity of DEP-treated group was significantly increased compared with that of the vehicle group. In our previous study, hepatic EROD activity did not increase in mice treated with approximately three times the amount of DEPs administered SC in this study [9]. However, in this study, hepatic EROD activity significantly increased following IT administration of DEPs, indicating that this route induces higher toxicity than SC administration. It has been reported that CYP1A1 does not induce toxicity by metabolic activation of Benzo[a]Pyrene (BaP), which is a carcinogen contained in PAHs, a major component of the organic compounds in DEPs, but it is an essential enzyme for detoxification and excretion of BaP [27,28]. This suggests that the increase in EROD activity in this study was due to the increased expression of the drug metabolizing enzyme CYP1A1 due to detoxification of toxic substances contained in DEPs. However, we did not generate data to prove this, so additional detailed studies are required in the future.

In conclusion, our study showed that DSP and plasma testosterone were lowered and liver EROD activity was increased by IT administration of DEPs at amounts that showed no effects following SC administration in previous studies. Thus, these findings suggest DEP toxicity to be more pronounced with IT than with SC administration. 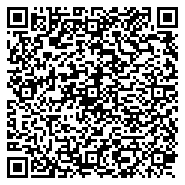