Peroral endoscopic myotomy (POEM) has arisen during the last decade as a significant treatment of achalasia and other obstructive esophageal motility issues. In any case, essential disappointment happens in up to 10% of cases. An expectation to absorb information impact or the presence of submucosal fibrosis owing to past medicines have been supported to clarify these disappointments. We guessed that a piece of these disappointments could be clarified by a deficient length of the gastric myotomy. This can be clarified by a seriously difficult analyzation during the passage venture at and beneath the gastroesophageal intersection, where the direction of the muscle changes and huge vessels are more regular. Consequently, we played out a possibility investigation of an intraoperative highgoal esophageal manometry (HRM) performed during POEM, to screen the lower esophageal sphincter (LES) strain all through the strategy, and broaden the myotomy dependent on the HRM discoveries.

This was a solitary community imminent review led at a tertiary reference place for helpful endoscopy and esophageal motility problems. Ten successive patients with manometrically demonstrated achalasia or esophagogastric intersection outpouring obstacle disorder alluded for POEM were remembered for the review. All patients had a pre and post POEM manometry utilizing a tridimensional high-goal esophageal manometry catheter and station (ManoScanTM ESO 3D and A300 Manoscan station Medtronic, Minneapolis, Mn). All patients gave composed informed agree to the technique and the utilization of their information. The review convention adjusts to the moral rules of the 1975 Declaration of Helsinki as reflected in deduced endorsement by the organization's human exploration advisory group (The Ethical Review Committee for distributions of the Cochin University Hospital (CLEP) : n°AAA-2018-08008).

With patients under broad sedation with endotracheal intubation, upper gastrointestinal endoscopy was performed to clean the throat. A 3D high-goal esophageal manometry catheter with an expendable defensive sheath associated with the manometry station brought to the endoscopy suite, was put through the nostril in the throat and stomach. The intersection of the esophagogastric intersection was learned by manometry, and helped if necessary by the endoscope. The POEM methodology was directed as revealed by Inoue, what's more, performed by an accomplished administrator with north of 50 POEM played out. The front (2 O'Clock) or back (5 O'Clock) course for the myotomy was picked by the maximal strain zone on the 3D high-goal manometry. During the system, milestones were put on the manometry recording and the LES pressure was recorded at standard, toward the finish of the passage step, and toward the finish of the myotomy. We broadened the myotomy further on the gastric side until the LES pressure dipped under 10 mmHg. Then, at that point, the manometry catheter was pulled out and the mucosal cut was at last shut with hemoclips.

The segment attributes, history of esophageal manifestations, past medicines, pretreatment Eckardt score, pretreatment LES pressure, 4s-coordinated unwinding pressure and manometric conclusion as per the Chicago order v3.0 were recorded. Procedural information including foremost or back myotomy, myotomy length, span of the strategy, and LES pressure surveyed during the technique at standard, finish of the passage, end of the myotomy and after fulfillment of the myotomy when required. Indications of gastro-esophageal reflux and proton siphon inhibitor remedy, follow-up endoscopy and 24 h pH estimation were recorded.

10 patients, among whom 3 men, with a middle (range) age of 55 (21-87) a long time, were remembered for the review. Type I, II and III achalasia were found in 3 patients each and esophagogastric surge block disorder in one patient.

Our work proposes the attainability and wellbeing of a highgoal manometry performed during the POEM system. The intraoperative manometry changed the patient administration in 4/10 cases, driving us to stretch out the gastric myotomy because of a steadily raised LES pressure.

Our point was to research the capability of per strategy HRM to direct the myotomy on the gastric side. Without a doubt, the passage method at the level of the cardia, especially in the event of earlier treatment (as in 4/10 of our patients) can turn out to be more troublesome. Besides, the intragastric a piece of the passage can be all the more in fact testing, as far as direction and hemostasis of enormous vessels. We estimated that a lacking gastric myotomy, clarified by these specialized worries, could represent the specialized disappointments of a portion of the POEM techniques.

The strain drop acquired after submucosal burrowing was a startling finding of our work: without a doubt, 33% of the LES pressure drop got during the POEM methodology followed the submucosal burrowing alone. Besides, the impact of submucosal burrowing alone on the LES pressure drop was more articulated in pretreated patient. Of note, Teitelbaum in a review estimating the esophagogastric intersection distensibility during POEM, additionally noticed a huge tension drop after submucosal burrowing alone. This recommends that submucosal changes during achalasia could assume a part in the hindered unwinding of the esophagogastric intersection. The fundamental limit of our review is that the actions performed under broad sedation make most numbers scarcely similar to common HRM figures, and likely limit the diaphragmatic part of the LES pressure. Anyway there was a moderate however certain relationship (r = 0.56) between the mean LES strain at HRM and the underlying LES pressure estimated before the beginning of the POEM. Second, the presence of the HRM station in the endoscopy suite, near the patient head, makes of per POEM HRM an awkward and extensive system mentioning the presence of a second gastroenterologist all through the methodology. Third, the little quiet number just permits us to survey the achievability of per POEM HRM: similar results with customary POEM would require an enough controlled review. Albeit intraoperative HRM could hypothetically help in directing the length of the myotomy in patients with type III achalasia, the shortfall of esophageal compressions under broad sedation blocks this utilization of intraoperative HRM. Besides, the higher recurrence of GERD side effects in patients with a drawn out myotomy raises doubt about the piece of the stomach where the gastric myotomy ought to be best broadened.

At long last, intraoperative esophageal HRM during POEM is attainable and safe, and might help fitting the length of the myotomy to every understanding. Nonetheless, the strategy is generally tedious and ought to be restricted to troublesome cases, for example, re-try POEM. 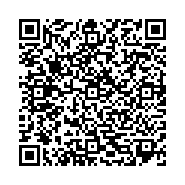