RNAi stands for RNA interference; siRNA stands for small interfering RNA; dsRNA stands for double-stranded RNA; shRNA stands for short hairpin RNA; and RISC stands for RNA-Induced Silencing Complex. MR: Mineralocorticoid Receptor; EGFR: Epidermal Growth Factor Receptor; TRH: Thyrotropin Releasing Hormone; CH: Cardiac Hypertrophy; NHE: Na+/H+ Exchanger; MR: Mineralocorticoid Receptor; EGFR: Epidermal Growth Factor Receptor; TRH: Thyrotropin Releasing Hormone.The field of RNA biology has come a long way in recent years. Since the discovery of new RNA structures with various activities, it is now conceivable to imagine it as a structure with many signalling roles. These advancements allowed it to be used as an experimental instrument or even in clinical practise as a therapeutic tool. Indeed, ribozymes, antisense RNA, aptamers, micro RNA (miRNA), and small interfering RNA (siRNA) are all employed to reduce protein expression and characterise its function in gain or loss strategies, as well as to assess its efficacy as a novel therapeutic.

It was proven over 20 years ago that introducing double strand RNA (dsRNA) into eukaryote cells caused sequencespecific gene silencing (Fire A, 1998). Pre-existing intracellular machinery processes the dsRNA, resulting in the formation of interfering RNA, which mediates mRNA degradation. In the cytosol, DICER endoribonuclease cleaves dsRNA into little fragments of 21-23 nt, known as siRNA. The RISC complex is formed when these proteins recruit Argonaute-2 and other proteins (RNA-induced silencing complex). RNA strands are segregated within the complex, with one of them serving as a template for finding an mRNA with a complementary sequence (Tang, 2005). Argonaute-2 cleaves the matched mRNA and stops it from being translated (Grimm, 2009). Ipsaro and Joshua- Tor (Ipsaro and Joshua-Tor, 2015) and Kobayashi and Tomari (Kobayashi and Tomari, 2015) provide detailed descriptions of how these RNA molecules act (Kobayashi and Tomari, 2016).

When compared to the widely utilised knockout models for decreasing protein function, the RNAi approach offers significant advantages for modulating gene expression in entire animals. Working with siRNAs is easier and less expensive than creating and maintaining knockout models, while some genes are unable to be knocked out. Despite these benefits, RNA silencing faces a number of common obstacles, including efficient siRNA delivery into the target cell, sufficient expression levels within the cell, and cell selectivity. This is critical to avoid siRNA expression in other organs, and it's even more critical when the goal is to target a single cell inside a desired organ (Whitehead et al, 2009). Finally, the intervention to express the siRNA must be safe, avoiding immune-mediated collateral changes within the cell or in the surrounding tissue.

Different ways could be used to express exogenous siRNA in vivo. Infusing synthetic siRNA, coupled with particles that maintain its structure and prevent early breakdown in the tissue, is the most direct method (Chira et al, 2015, Jasinski et al, 2017). Silencing RNA can be stabilised by combining it with cholesterol or other nanoparticles such as aptamers, micelles, liposomes, and cationic polymers. This is a factor to consider not just for systemic but also local siRNA administration, as it will increase cellular absorption, reduce immune system activation, avoid renal clearance, and provide pH and temperature stability, all of which will improve siRNA delivery efficiency . An intraventricular injection of lentivirus, which has no cardiac tropism, could limit their expression to the heart. Lentiviral vectors generated from the Human Immunodeficiency Virus type 1 (HIV-1) may transduce a wide range of proliferating and terminal cells, where they are stably incorporated into the host genome, allowing the transgene to be expressed for an extended period of time. The general technique for creating a recombinant lentiviral vector has been to remove portions of the virus genome that limit the virus's multiplication and pathogenicity.

This is necessary to prevent recombination and an immunological response. Four plasmids were used to create the third generation lentiviral vectors that we used. The transfer vector contains the desired transgene as well as all necessary cis-elements for RNA production and packaging. Three other plasmids, named Gag- Pol, envelope protein, and Rev, respectively, provide the needed trans-factors for the packing system. An integrase, a reverse transcriptase, and structural proteins are all encoded by Gag-Pol. Particle formation necessitates structural proteins, whereas integrase and reverse transcriptase are packaged within the viral particle and become active during infection and integration. Rev interacts with the Response Element Rev (RRE), a region found in the transfer vector that promotes viral genomic RNA export from the nucleus and so boosts viral titer (Tiscornia et al, 2003). The capacity to transduce a range of cell types is conferred by the Vesicular Stomatitis Virus G-protein (VSV-G) contained in the envelope of viral particles. 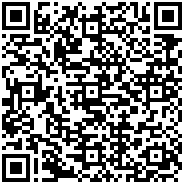