In this study, we combined an Arduino microcontroller with an Android-based smartphone to develop an intelligent healthcare system and provide elderly patients with the comfort of medical services at home. We developed a JAVA-based application with a built-in automatic warning system that can provide real-time, dynamic detection of vital signs. Furthermore, we developed an improved electrocardiogram R-peak detection method by using the artificial bee colony (ABC) algorithm. The system can identify high blood pressure, low blood pressure, fever, and tachycardia bradycardia. The proposed system sends text messages to the elderly patient’s family and doctor in case of an unusual event. Because previous research suggests that blood pressure can be more accurately determined when measured twice a day, the system can set an alarm to remind the user to record their blood pressure. The results revealed that the ABC algorithm can rapidly determine the parameters for R-peak detection and is highly accurate. In addition, the results of clinical trials reveal that the proposed system can achieve a high level of accuracy in identifying and detecting unusual events. The proposed system not only saves medical resources but also enables elderly people to care for themselves, thereby promoting their health.

The implementation of universal health insurance has changed medical behavior in Taiwan. Because of advances in medical technology and an increase in national income, the life expectancy at birth in Taiwan is gradually rising. Therefore, aging has become a widespread social phenomenon. According to the Ministry of the Interior, the number of people aged 65 years and older reached 2,868,163 (12.22% of the population) in June 2015 [1]. Along with a swift decline in the fertility rate, population aging is a serious challenge for Taiwan. In the future, the healthcare system will become even more crucial, because most elderly people require a high level of care and the population of elderly people with disabilities is expected to grow rapidly.

Home-based long-term care is a key government policy, a major part of which is the development of “Tele-Home Care” (THC). THC provides family caregivers with the physiology and living information of elderly patients through their mobile phones and Internet devices, and can thereby reduce the cost of national health insurance and help people stay and live at home as independently as possible [2-5]. In the development of THC, several previous studies have proposed that remote health monitoring combine information technology with medical technology [5-8]. In 2010, Wang et al. [9] proposed a micromonitoring network comprising a monitoring center and ZigBee sensor nodes. A sensor node uses a central controller to monitor the patient and collect physiological data. The collected data is sent to the ZigBee wireless telecommunication module, which is connected to the sensor through an RS232 serial port. The wireless module then sends the data to an embedded monitoring terminal (or PC device). Professional medical staff can monitor the statistical analysis data and provide the necessary advisory services, remote medical monitoring, and treatment. However, the current monitoring systems in hospitals are based on cable connections, and are large and involve considerable power consumption. These systems are therefore unsuited to real-time, continuous, longterm monitoring of important parameters at home.

In this paper, we present an intelligent healthcare system that can measure blood pressure and detect temperature and Electrocardiogram (ECG) signal through an Arduino microcontroller. The measurement data can be delivered to a smartphone through Bluetooth. In the smartphone, a JAVAbased application with a built-in automatic warning expert system can provide real-time dynamic detection of vital signs. In addition, an improved ECG R-peak detection method using the artificial bee colony (ABC) algorithm was developed. After estimation is conducted by the expert system, the smartphone can immediately send a detailed notification to the family of the elderly person. This system can provide convenient, lowcost, real-time interpretation, and reduce the burden of medical staff.

The proposed healthcare system uses Arduino UNO (Arduino SRL Company, Italy) and e-Health Sensor Shield V2.0 (Cooking Hacks). Arduino is an open-source platform for building electronic projects. It comprises both a physical programmable circuit board and a piece of software, or an integrated development environment that can execute on a computer and through which the user can write and upload computer code to the physical board. The Arduino UNO is a microcontroller board based on the ATmega328P and has 14 digital input/output pins, six analog inputs, a 16 MHz quartz crystal, and a USB connection.

The e-Health board can be connected with many sensors, including a sphygmomanometer, temperature sensor, and ECG machine, providing vital human parameters. The e-Health Sensor Shield collects information from the sensor and transmits it to the Arduino UNO, which transfers the data to mobile devices via Bluetooth. This study established a JAVAbased expert system; when the mobile devices receive data, the system analyses the data and determines whether the patient’s health condition is normal. Figure 1 shows the components of the proposed healthcare system.

In the next phase, all parameters initialize:

Band-pass filter: The purpose of the band-pass filter is to remove the baseline wander and high frequencies that do not contribute to QRS complex detection. This study adopted ABC to produce F1 and F2. F1 is the starting frequency and ranges from 1 to 10. F2 is the stopping frequency and ranges from F1+10 to 25. Therefore, F1 determines the range of F2.

Squaring function: The signal is squared point by point. Equation 4 is adopted to enhance the large values and boost the high-frequency components:

Where x [n] is the original ECG signal. In all the equations, n is the number of data points.

Similarly, this study adopted ABC to produce W1 and W2. To increase the accuracy of detecting QRS complexes in noisy ECG signals, the dynamic threshold value THR1 was calculated by offsetting the MAOneBeat signal with α. The α was calculated using Equation 7.

If MAQRS is higher than THR1, this area can be exported as the interest block, classified as containing ECG features and noise.

The designed expert system can be divided into three parts (Figure 3): (1) blood pressure, (2) temperature, and (3) ECG.

Temperature: When the mobile devices receive the temperature data, the system determines whether the patient has a fever.

ECG: When the mobile devices receive the data from Arduino UNO, the system calculates the number of R peaks and HR. Then, the system determines whether the HR<60 or HR>120 per 10 s.

For elderly people with chronic diseases (such as high or low blood pressure, heart disease and cardiovascular diseases), long-term monitoring of physiological signals at home is crucial. Mobile health monitoring systems can thus improve the ability of families to monitor the health and quality of life of elderly relatives.

Wireless communication and the physiological parameters of various sensors provide healthcare professionals with a twoway interaction model that can facilitate self-management of chronic disease at home. The components of the hardware and the wear pattern are shown in Figure 4. To verify the accuracy of measurement data, in this study, we saved the recording data from three sensors as text files on the computer. Figures 5 and 6 and Table 2 show the raw data for temperature, ECG, and blood pressure from four patients.

The user first enters his/her name, age, gender, and contact person’s phone number, as shown in Figure 8. Then, the ECG and temperature can be continuously recorded by the Arduino UNO and transmitted to the smartphone via Bluetooth. HR is calculated per 10 s, and the expert system determines whether the user has fever or tachycardia bradycardia. When the user feels uncomfortable, he/she can use the sphygmomanometer to measure blood pressure. If the user has high blood pressure, low blood pressure, fever, or tachycardia bradycardia, the system sends a text message to the user’s family and doctor.

Figures 8-10 show the practical operation of the JAVA-based application. Initially, the user provides personal information on the screen. Next, the system begins active monitoring and displays the user’s HR and temperature, as shown in Figure 9a. Because HR and temperature can be diagnosed by the expert system per 10 s, the first measurement is obtained after 10 s (Figure 9b). If ECG and temperature are outside of normal ranges (ECG<1.8 V) or the mobile phone does not connect to the Arduino UNO, the system determines that the sensor connection is lost (Figure 9c). Blood pressure can be more accurately recorded after waking up and at 7:00-9:00 pm. Therefore, the system sets an alarm for the user to measure blood pressure at 7-9 pm (Figure 9d).

Figure 9: Active measurement monitoring. (a) The system is at the first measurement. (b) HR and temperament can be obtained after 10 s. (c) The sensor connection is lost if ECG and temperature are outside normal ranges. (d) The notice reminds user to measure the blood pressure.

Figure 11: The system sends a text message to the user’s family when the user has (a) fever, (b) blood pressure, or (c) bradycardia.

This study focused on home healthcare management for elderly people, which can improve their quality of life and save a considerable amount of money on hospital care and aged care facilities. The proposed method is a simple and safe approach, wherein physiological parameters are analysed via a smartphone. The user can monitor their physical condition directly. This study adopted the ABC algorithm to replace the knowledge-based theory in the proposed R detection algorithm [16]. The MIT-BIH arrhythmia database was used for data validation. The results show that ABC can effectively reduce the computation time in the R detection algorithm. This can reduce the workload of medical staff, lower communication costs, and promote self-management of disease at home.

We intend to further investigate other parameters of the proposed method. Future work will also examine the standard of medical devices and the reliability and security of bluetooth when transmitting physiological data. As medical data increase, proprietary equipment is developed, and progress is made in the field of telehealth, different devices must be rendered compatible so they can interact and exchange data. In addition, the safety and reliability of bluetooth must be further studied.

This manuscript was edited by Wallace Academic Editing. 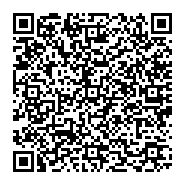