2Center for Evaluation and Functional Neuro-Rehabilitation for Patients with Parkinson's Disease, Salamanca, Spain

Parkinson's disease (PD) is a neurodegenerative disease characterized by symptoms such as bradykinesia, stiffness, instability and postural tremor [1]. It affects the basic, instrumental and advanced activities of daily life, affecting the deterioration of individual, social and family life quality [2-5].

To study the influence of depression on executive functioning in patients with advanced idiopathic and non-dementia Parkinson's disease (IPDD) at Hoehn and Yahr III and IV stages [6].

50 subjects (34 men, 16 women) diagnosed with IPDD, in stages III and IV of the Hoehn and Yahr scale, and 50 healthy subjects (20 men, 30 women) without cognitive impairment of similar socio-demographic characteristics (Table 1).

Table 1. Difference of means. Group of subjects with PE and comparison group.

Group 1: Diagnosis of Parkinson's disease is performed by a specialist in Neurology; stages III and IV of the Hoehn and Yahr scale [6]; no dementia: score in the Mini Mental Parkinson-MMP, a score equal to or greater than 27 and in the Dementia Rating Scale a score equal to or greater than 130 [7,8]; not present less than ten years of evolution of the illness; do not present a history of clinically demonstrable neurological, neuropsychological and/or psychopathological alterations; do not present a history of alcohol abuse and/or toxic substances; subjects should not have undergone any kind of functional neurosurgery for the treatment of Parkinson's disease; "Age between 45 and 80 y; to present a level of education of at least 6 years.

Group 2: Same criteria as Group 1, except for the diagnosis of Parkinson's disease.

From clinical history, clinical and neurological data of interest were obtained. If the subject fulfilled the criteria to be part of the study, an evaluation was made with the tests discussed above.

There were statistically significant differences between patients with IPDD and the comparison group (p<0.000) (Table 2) in all executive functioning components evaluated. Significant differences were also found between the two groups in the total score obtained on the scale of Yesavage (p<0.01 and Table 2) [9].

There is a statistically significant negative correlation between the total score obtained on the Yesavage scale and the scores obtained in the tasks of semantic verbal fluency (rho=-0.248; p=0.047) and task change of SCOPA-COG (rho=-0.314; p=0.001) (Table 3) [10].

Subjects with IPDD in stages III and IV of the Hoehn and Yahr scale have higher depressive symptoms than the normal group of subjects.

Depressive symptomatology influences the executive functioning of subjects diagnosed with IPDD, which may be clinically related to dysfunction fronto subcortical and dorsolateral cortex circuits, brain structures that correlate with neurobehavioral disorders such as depression.

It is suggested to generate functional neurorehabilitation plans, which aim to improve the quality of life in people with this type of diagnosis.

For the field of neurosciences, and for us neuroscientists, Parkinson's disease continues to be a dilemma from its etiology to its treatment, but this does not stop us from continuing to investigate different practices and experiments that lead to the slowing down of the disease, and of course to the improvement of their quality of life. 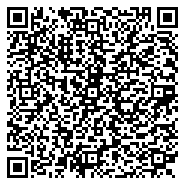