LPA is produced under various conditions both in cells and in biological fluids, where multiple synthetic reactions occur. In blood, LPA is mainly converted from lysophospholipids, predominantly through the lysophospholipase D (lysoPLD) activity of the enzyme autotaxin. ATX is a secreted glycoprotein, widely present in biological fluids, and originally isolated from the supernatants of melanoma cells as an autocrine motility stimulation factor. The complete genetic deletion of ATX results in embryonic lethality because of vascular and neuronal defects. Increased ATX expression has been detected in a large variety of cancers, chronic liver diseases, Alzheimer?s disease, and multiple sclerosis. More importantly, we recently reported significant ATX expression from arthritic synovial fibroblasts, both murine and human. The conditional genetic deletion of ATX from synovial fibroblasts attenuated the development of the modelled disease, suggesting a major role for the ATX/LPA axis in chronic inflammation. To examine a possible role for ATX in the development of IPF, we have analyzed its expression in fibrotic lungs of patients and in the BLM animal model, and found it to be up-regulated. Following these observational results, the conditional genetic deletion of ATX from murine pulmonary cells diminished disease severity, whereas the pharmacological inhibition of ATX in mice was shown to be efficient in the attenuation of the modeled disease. Some of the results of these studies were previously reported in the form of abstracts. Discussion In this study, we demonstrate that ATX, the enzyme largely responsible for extracellular LPA production, is significantly up-regulated in the fibrotic lungs of IPF (and fNSIP) patients and BLM-challenged mice. ATX expression was localized mainly in bronchial epithelial cells and alveolar macrophages. Conditional genetic deletion in both pulmonary cell compartments reduced the severity of the modeled disease, confirming the multiple sources of ATX in the lung and implicating ATX in the pathogenesis of the disease. Accordingly, the pharmacological inhibition of ATX attenuated disease development.
Visit for more related articles at Journal of Pulmonology and Clinical Research

Idiopathic Pulmonary Fibrosis (IPF) is a chronic, progressive, fibrotic form of diffuse lung disease occurring mainly in older adults and characterized by a progressive worsening of lung function and a poor prognosis. To date, no management approach has proven efficacious. The disease is largely unresponsive to corticosteroid and immunosuppressive therapy. To study the pathogenetic mechanisms that govern disease activation and perpetuation, a number of animal models have been developed. Among them, the bleomycin (BLM) model is the most widely used and best characterized. Current research suggests that the mechanisms driving IPF reflect abnormal wound healing in response to pulmonary epithelial damage, involving increased activity and possibly exaggerated responses by a spectrum of proinflammatory and profibrogenic factors. Lysophos Phatidic Acid (LPA) is a phospholipid mediator that evokes growth-factor?like responses in almost all cell types, including pulmonary fibroblasts, smooth muscle cells, and epithelial cells. Its diverse functions are attributed to at least six LPA receptors (LPARs) with overlapping specificities and widespread tissue distribution, including the lung. LPARs couple to more than three distinct G proteins, which in turn feed into multiple effector systems. LPA concentrations were found to be increased in the bronchoalveolar lavage fluids (BALFs) of IPF patients and a BLM murine model, and were shown to mediate fibroblast recruitment and vascular leakage. Moreover, the genetic or pharmacological inhibition of LPAR1 attenuated the development of BLM-induced pulmonary fibrosis, suggesting a primary role for LPA in disease pathogenesis.
25+ Million Readerbase 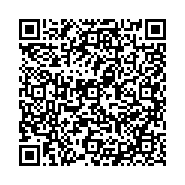