Lung cancer is responsible for a quarter of all cancer fatalities. Early detection and treatment of this condition, according to studies, is the most effective strategy to extend patient life expectancy. The use of automatic and optimal computer-aided detection for lung cancer is proposed in this research. The procedure begins by normalising and denoising the input images in a pre-processing step. After that, Kapur entropy maximisation and mathematical morphology are used to segment lung areas. For the final evaluations, 19 GLCM features are collected from the segmented images. The photos with the highest priority are then chosen to reduce the system's complexity. The feature selection is based on a new optimization approach known as Improved Thermal Exchange Optimization (ITEO), which aims to increase accuracy and convergence. ITEO uses an efficient artificial neural network to classify the photos into healthy or malignant cases. The results of the simulation were compared to various well-known methodologies, and the results showed that the recommended strategy was superior. The results showed that among the compared methods, the proposed method with 92.27% accuracy delivers the highest value.

In today's industrialised cultures, the prevalence of lung ailments has doubled the need for sophisticated means of reliable and early diagnosis. Lung cancer is still considered one of the most serious tumours among lung disorders. The abnormal growth and occasionally multiplication of cells in the body is referred to as cancer. All cancers have an uncontrolled growth pattern and a tendency to detach from the source and metastasize. A normal lung cell may become a lung cancer cell for no apparent reason, but in most cases, the transformation is the result of repeated exposure to carcinogens such as alcohol and tobacco. Cancer cells differ from normal cells in appearance and function. A mutation happens when a cell's DNA or genetic material changes. The appearance and function of cells are both controlled by DNA. When a cell's DNA changes, it distinguishes itself from the healthy cells around it but not from the body's regular cells. This mutated cell becomes isolated from its neighbours and is unsure when to cease growing and die. To put it another way, the changed cell ignores the internal orders and signals that other cells govern and behaves haphazardly rather than collaborating with other cells. Lung cancer is responsible for one-third of all cancer fatalities. After being diagnosed with this type of cancer, over 80% of patients have five years left in their best condition. According to the American Cancer Society (ACS), lung malignancy is the second most common cancer in both men and women in the United States. According to the American Cancer Society, there will be roughly 228,820 new cases and 135,720 lung cancer deaths. That depicts the statistical data for the leading cancers and the number of deaths in 2019 based on lung cancer screening data from the American Cancer Society. The main causes of these diseases are air pollution caused by urbanisation, tobacco smoking, and hereditary factors. Early detection of lung disease will have a significant impact on the disease's ability to be treated definitively. 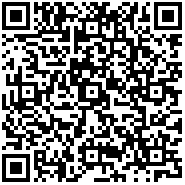