Diabetes, also known as diabetes mellitus, is a progressive metabolic disorder, which is characterized by elevated levels of glucose or sugar in the blood. The disease is caused by inadequate secretion of insulin, body’s poor response to insulin, or both, which severely damage the body’s systems, including the heart, blood vessels, eyes, kidneys, and nerves. Type 2 diabetes is the most common in adults that occurs when the body becomes resistant to insulin or does not secrete adequate insulin while Type 1 diabetes is a juvenile or insulindependent that occurs when the pancreas produces little or no insulin by itself. Diabetes is rapidly growing worldwide, and affected 422 million people in 2014 and resulted in over 3 million deaths [1]. The World Health Organization (WHO) estimated that diabetes would be the seventh leading cause of death by the year of 2030, and suggested that healthy lifestyle and right medication and regular screening can prevent and avoid the consequence of diabetes, respectively [1].

For many decades, medicinal plants have been beneficial resources for the treatment of several diseases, including diabetes [2-5]. Some well-known drugs in current-use for diabetes have been developed from plants such as metformin drug derived from the Galega officinalis [6]. Many studies have also indicated the advantages of medicinal plants in the therapeutic development, for example availability and acceptable risk-benefit ratio. Though the ethnobotanical community has reported a list of anti-diabetic medicinal plants [7], in the search for new treatments and cures, yet more medicinal plants are being explored for their therapeutic development. At this juncture, efforts have been also made to compile information on the medicinal plants to exclusively developdatabases which have been developed using manual curation f databases for diabetes. For example, InDiaMed [8] and DIAB [9] rom various sources i.e. PubMed [10], Scopus [11], Science Direct [12] and Wiley [13], and also from folklore medicinal usage. However, limited efforts have gone to comprehensively gather Indian medicinal plants for diabetes.

Text data mining is an approach, which is often used to extract and analyse and/or evaluate information in the area of biomedical discovery [14]. It is capable of producing significant results that would be helpful to answer particular research queries, for example, finding medicinal plants in biomedical literature for experimental and clinical research [15]. The text data mining methodology has been successfully employed to discover and analyse novel herbs or plants or formulas, from the traditional Chinese medicine or historical literature or electronic databases, for different diseases such as vascular dementia [16], dysmenorrhea [17], chronic cough [18], respiratory disease [19], diabetic nephropathy [20], agerelated dementia and memory impairment [21]. However, there is no such a study on Indian medicinal plants for diabetes in electronic literature databases.

The biomedical research has produced the abundance of knowledge in the published literature, which stress the need of novel methods for knowledge extraction, visualization, and analysis to uncover new and meaningful hypotheses. A text mining technique, a subfield of data mining, that seeks to extract useful new information from unstructured or semistructured sources to address the most crucial questions. This mining approach is designed and implemented extensively to extract and analyse comprehensive information in the biomedical literature of diseases, natural products, herbs, etc.

In this study, the text data mining approach was adopted for analysing Indian medicinal plants for diabetes in the biomedical literatures, and our mining strategy comprises the following steps: data collection, data synthesis, data extraction and data pre-processing, and data analysis, as schematically shown in Figure 1. These steps have been explained below. 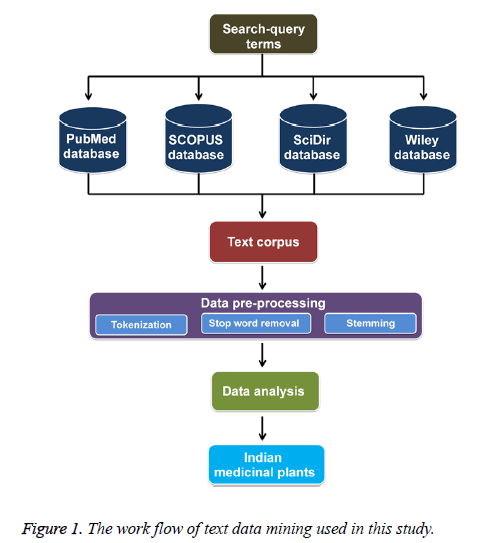 Figure 1: The work flow of text data mining used in this study.

Data synthesis is a process of collecting essential data from the different sources and this is an important step in the text mining. In the above collected text corpus, each article contains much information such as article title, abstract, journal name, author's name, URL or PubMed ID, DOI, etc. Articles, which only contain both the title and abstract, were considered and all other information were removed as our aim was to specifically focus on the extraction of Indian medicinal plants. As several search query terms were used to retrieve the same information from the databases, there is a possibility of duplicate entries in the text corpus. The duplicate entries were therefore removed using Microsoft Excel as described in [22]. In addition, the titles with no abstract articles were also excluded. Finally, the title and abstract of the each article in the text corpus were split into separate text documents for the text data mining process.

Data extraction: Data extraction is a process of retrieving relevant data from unstructured data sources for further data processing. Documents that are relevant to Indian medicinal plants for diabetes were extracted from the corpus, which contains several text documents with title and abstract. This was performed using all possible keywords such as Indian, medicinal, diabetes, anti-diabetic, diabetic, etc.

Tokenization: This is a process of breaking a stream of text into words or terms. Title with its abstract of each article’s document in the corpus was split into separate tokens which are useful to identify punctuation marks, special symbols, numbers, etc.

Stop word removal: Stop words are most frequently occurred words and do not have any significant meaning in the document. Therefore, they were excluded to reduce the dimensionality of the text documents. The punctuation marks, numeric values and special symbols were removed from the tokenized documents. In addition, the stop words such as at, in, to, we, the, etc., were collected and stored as a list. This list of stop words was matched with the tokens one by one and then matched tokens were excluded from the text document.

Stemming: This is also used to further reduce the dimensionality of the text documents by identifying and removing the words with common roots, for example, stemmer, stemmed, stems, stemming, which are based on the root word ‘stem’. For this, the most widely used Porter’s stemming algorithm [24,25] was employed.

It involves the extraction of actual information, validation and analysis of them for the identification of useful knowledge. Here, the Indian medicinal plants for diabetes were extracted, validated with their synonyms, frequency count, and analysed with the existing database [8]. For the data synthesis and data extraction and pre-processing, Python 2.7.10 [26] and Natural Language Tool Kit (NLTK) [27] were used.

Information retrieval and extraction for Indian medicinal plants for diabetes 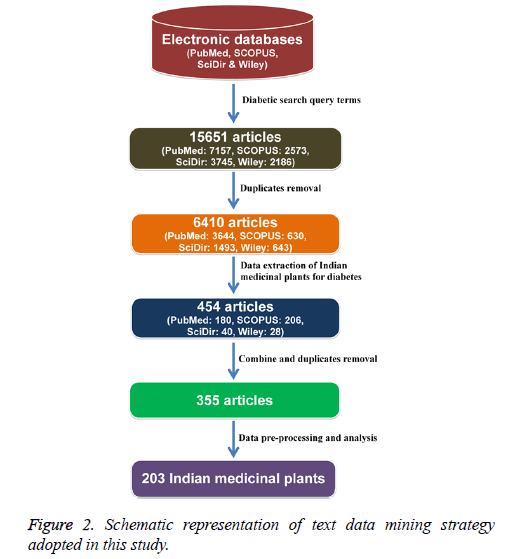 Table 1. Frequently used 22 Indian medicinal plants for the treatment of diabetes from the biomedical literature, and their frequency, common name, Indian names and family. 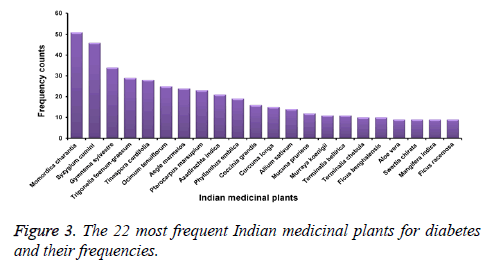 Figure 3: The 22 most frequent Indian medicinal plants for diabetes and their frequencies.

Several studies have previously reported the use of medicinal plants for the treatment of different ailments including diabetes, wherein they have indicated that the medicinal plants are served as precursors for the development of drugs and have the acceptable pharmacological properties. Text data mining has been a valuable tool for various applications in the areas of molecular biology, toxicogenomics, and medicine. For example, the technique has been widely used to correctly identify medicinally important plants for numerous diseases in the biomedical literature, i.e. vascular dementia [16], dysmenorrhea [17], chronic cough [18], diabetic nephropathy [20] and age-related dementia and memory impairment [21]. In this study, we report the systematic analysis of Indian medicinal plants for diabetes in the biomedical literature using text data mining technique. Articles that only mentioned Indian medicinal plants or herbs for the treatment and prevention of diabetes were included in the dataset, and articles that have no abstracts were removed from the dataset. Our findings suggest that medicinal plants are important for the treatment of diabetes and many plants from India have been reported for the disease.

Momordica charantia (M. charantia), also known as bitter melon, bitter gourd, bitter squash, or balsam-pear, which belongs to Curcubitaceae family, had the highest frequency (≥ 51 frequencies) among any other Indian medicinal plants reported for diabetes. This result is in line with previous studies that M. charantiais most widely used and popular plant for its anti-diabetic properties in India [28,29]. Although M. charantia has been a versatile plant for the treatment of many diseases, it has been particularly explored extensively for its anti-diabetic properties [30]. Fruits, leaves or seeds of bitter melon possess more than 225 medicinal constituents [31], which may exert their medicinal effects either separately or together. However, charantin, insulin-like peptide and alkaloid and steroidal glycoside, from the extracts of fruits of bitter melon have been shown to possess anti-diabetic and hypoglycaemic activity [32,33], and the mechanism of action of these chemicals for the treatment and prevention of diabetes are unclear.

Diabetes has become the most common disorder in both developing and developed countries, and the metabolic disorder is rapidly widespread in most parts of the world. In addition, the WHO has predicted that diabetes would be the seventh leading cause of death by the year of 2030 [1]. Recently, it has also been reported that around 30% of diabetic patients use some form of complementary and alternative medicine [30,36]. Complementary and alternative medicines are the use of medicinal plants and other dietary supplements, which are used as alternatives to mainstream Western medical treatment. Various medicinal plants have been explored for the treatment and control of diabetes. However, there is still room for the identification of a list of medicinal plants for the treatment and prevention of diabetes from the biomedical literature. To address this, we have identified new Indian medicinal plants from biomedical literature, obtained from the different electronic databases, using text data mining techniques. The text data mining techniques resulted in the identification of 203 anti-diabetic Indian medicinal plants and 22 of which had ≥ 9 frequencies. Of 203 anti-diabetic plants, M. charantia had the highest frequency (≥ 51 frequencies), indicating its anti-diabetic potentials and it also suggests for conducting clinical trials to further clarify its therapeutic benefits. Moreover, the comparison analysis indicated that the identification of 100 new anti-diabetic Indian medicinal plants which have not been reported, to the best of our knowledge, in InDiaMed, an exclusive database of Indian medicinal plants for diabetes.

This study shows that the adopted text data mining strategy is capable of extracting Indian medicinal plants for diabetes from biomedical literature. Therefore, the presented text data mining approach may be used in the identification of medicinal plants for other diseases. Moreover, it could be expected that identified plants in the study may be useful for future experimental and clinical studies, and the development of future therapeutic for diabetes.

BS would like to thank Elumalai Pavadai for proof-reading and helpful comments during the manuscript preparation. The authors also acknowledge the Sathyabama University for the support.