Aim: With regard to the anticariogenic and remineralizing properties of ACP, the aim of this study was to compare the microleakage of conventional glass ionomer and ACP containing glass ionomer cements under orthodontic bands.

Materials and Methods: Sixty extracted first maxillary premolars were randomly divided into 2 groups. In the group A, the teeth were cemented by conventional glass ionomer cement and in the group B they were cemented by ACP containing glass ionomer cement. Then samples subjected to thermocycling. A dye penetration method was used for microleakage evaluation. Microleakage was determined with a stereomicroscope for the cement-band and cement-enamel interfaces from the buccal and lingual sides at the occlusal and gingival margins.

Results: Post hoc comparisons showed amount of microleakage in the control group was significantly higher than experimental group in cement-enamel interface at bucco-gingival level (p-value=0.01). No significant difference between control and experimental groups was observed in other areas.

Anchorage from the posterior teeth is essential to hold and guide other teeth in the arch in an orthodontic treatment [1]. A firm attachment such as orthodontic band provides this anchorage. One of the most common disadvantages of orthodontic bands is enamel demineralization because tooth cleaning is more difficult in this area due to their posterior position in the mouth, resulting in accumulation of plaque and consequently white spot lesions [2,3]. Zinc phosphate, zinc polycarboxylate, conventional glass ionomer cement (GIC), resin modified GIC and Acid modified composite resins are commonly used for bands cementation [4]. Glass Ionomer Cements (GIC) became popular in dentistry because of their chemical adhesion, fluoride release, low thermal coefficient of expansion almost near the tooth and their biocompatibility [5]. Several studies have been attempted to improve the antibacterial or mechanical properties of GIC by adding different materials such as bioactive ceramic particles, glass powders and other chemicals to the GIC [6-11]. In recent years modification of glass ionomer cement with remineralizer materials such as amorphous calcium phosphate products is conducted as a one way to overcome on demineralization [12]. Amorphous calcium phosphate at the tooth surface caused to maintain a state of saturation of calcium and phosphate ions and thereby reimneralization of tooth [13,14]. With respect to the ability of ACP in tooth remineralization, it could be added to GIC in orthodontic band cementation which in turn reduces white spot lesions during fixed orthodontic treatment. In this way, the main concern is ACP may have negative effects on other properties of GIC cement such as mechanical and microleakage properties. In this research, effect of the incorporation of ACP on microleakage of cemented orthodontic bands was investigated. The null hypothesis was that modification of GIC with ACP has no effects on microleakage under cemented bands.

In this study, sixty extracted first maxillary premolars were randomly divided into 2 groups. In the group A, the teeth were cemented by luting and lining glass ionomer cement and in the group B they were cemented by ACP containing luting and lining glass ionomer cement. Then specimens subjected to thermocycling. Microleakage under cemented bands was evaluated by dye penetration method. For synthesis of ACP, Calcium nitrate (36.15 g; 98%, Merck PROLABO) was dissolved in distilled water. Diammonium hydrogen phosphate was slightly added to the solution and was quickly mixed. Then the suspension was filtered and washed with deionized water containing 15 ml of 28% wt% ammonia. After the aging process at room temperature, the remaining sediment was dried in a freeze-drier (Alpha 1-2 LD, Germany). Then the ACP powder was kept in a freezer. The amorphous state of ACP powder was evaluated by XRD test. XRD patterns proved the amorphous phase of ACP.

On the other hand, sixty extracted human first maxillary premolars with no caries and no anomalies were used. These teeth were extracted from patients under 30 years of age due to orthodontic purposes. For decontamination purpose samples were restored in 0.5% w/v chloramine for one month. Then they were immersed in distilled water in a sealed container at room temperature until testing. All teeth were cleaned with pumice slurry, washed in distilled water and dried in a stream of moisture-free air. Standard stainless steel first maxillary premolars bands (Dentaurum, Pforzheim, Germany) were selected and adapted optimally to the crown of each tooth using a stainless steel band seater. The teeth were randomly divided into 2 groups (30 specimens) according to the cement used.

In group A, bands were cemented by luting and lining Glass Ionomer (GI) (GC Corporation, Gold label, Tokyo, Japan). The cement was prepared according to the manufacturers' instructions and then was loaded into the orthodontic band and accurately fitted on the crowns. All samples stored in distilled water and incubated at 37°C for 48 hours. Then samples were subjected to 5000 thermal cycles in water baths (5 ± 2°C and 55 ± 2°C, dwell time 30 s). In group B, bands were cemented by 1.56% of Synthesized ACP powder incorporated into glass ionomer. Then all of the procedures were performed similar to group A. Dye penetration was chosen as the method of assessment of microleakage. For evaluation of dye penetration in both groups, the apices of each sample were sealed by sticky wax and then 2 layer of nail varnish applied on entire surface of tooth except approximately 1mm from band margins(Occlusal and gingival) (Figure 1). 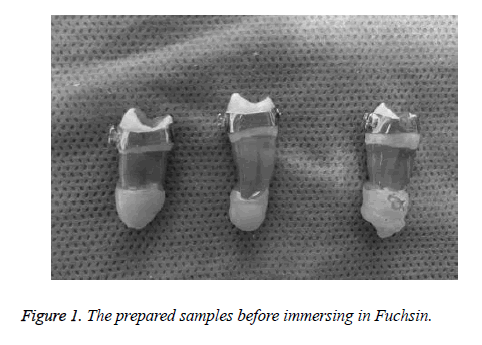 Figure 1: The prepared samples before immersing in Fuchsin.

Then specimens were immersed in 0.5% basic Fuchsin (Merck, Germany) for 24 hours at room temperature. After being removed from the solution, specimens were rinsed and dye of surface was removed by brush and then samples were dried. After that, specimens were embedded in self-cured acrylic blocks vertically. A longitudinal section in the middle of premolars in bucco-lingual direction was made by low-speed diamond saw. Stereomicroscope was used to measurement of microleakage. 120 pictures (50X) were taken and depth of dye penetration was determined along cement- enamel and cementband interfaces, in buccal and palatal direction and in occlusal and gingival surfaces (Figures 2 and 3). Statistical analysis was done using SPSS version 17. Since the Kolmogorov- Smirnoff test showed that the data distribution was not normal, nonparametric tests (Mann-Whitney and Wilcoxon Singled Ranks tests) were used. Statistical significance was set at P<0.05. 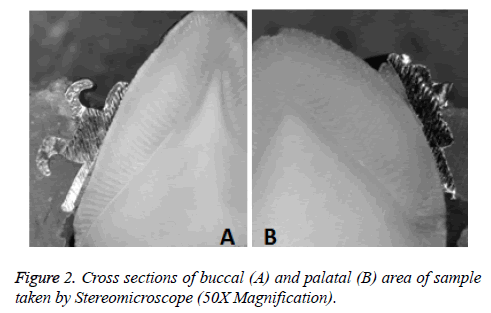 Figure 2: Cross sections of buccal (A) and palatal (B) area of sample taken by Stereomicroscope (50X Magnification). 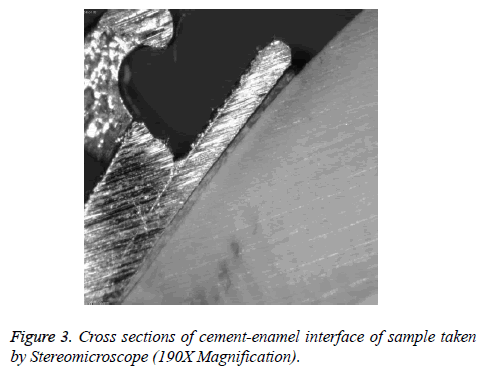 Table 1. Comparison of the microleakage scores between two groups A&B.

Prevention of white spot lesions and demineralization of enamel during fixed orthodontics is an important issue in orthodontic treatment. In this way, modification of GI with remineralizer materials such as ACP is a new strategy to overcome this problem. But we should improve our knowledge about the effect of adding these materials on the mechanical properties of GIC and its clinical use. In our research, the effect of incorporation of ACP into GI on its microleakage in cementation of orthodontic band was performed. Dye penetration was used to measure amount of microleakage. This method is simple, relatively cheap and quantitative [15]. Results of this study showed that the amount of microleakage in buccal/gingival/cement-enamel interface in the GIC group (control group) was significantly higher than ACP-containing GIC. We observed greater microleakage in both groups at cement-enamel interface rather than cement-band interface. Leakage in cement-enamel interface can be important because it leads to demineralization and decay of enamel. With respect to our results, control group has higher microleakage than ACP containing glass ionomer cement in cement- enamel interface.

Furthermore, low self-cleansing in the gingival margin of bands causes to plaque accumulation and therefore modification of GIC with ACP can overcome enamel demineralization in this region. Enan et al. [16] evaluated the effect of the addition of nano-hydroxyapatite (0%, 5%, 10%, 15% by weight) on microleakage of glass-ionomer cement under orthodontic bands. They observed that bands cemented with conventional GIC showed the highest microleakage scores in comparison to those cemented with nano-HAmodified GIC. They also found that teeth banded with 15% modified GIC had lower microleakage scores. Gillgrass et al. [17] investigated microleakage pattern of a conventional glass ionomer cement (Ketac-Cem) and an acid-modified composite (Ultra Band-Lok) for band cementation. Their results showed no significant difference between the two cement groups for microleakage at the cement/enamel interface but a borderline significance was found for microleakage at the cement/band interface. Results of Uysal et al. [18] showed that conventional GIC had more microleakage than RMGIC and modified composite at both the cement-band and cement-enamel interfaces.

With regard to less microleakage in the risky region -buccal/ gingival/cement-enamel interface and anticariogenicity potential of ACP, it is recommended that to use ACPcontaining GIC cement for banding in orthodontics.