As environmental proteins are non-pathogenic, they do not ordinarily elicit an immune response, yet allergic sensitization to pollen molecules is a worldwide health issue. Type 1 (IgE-mediated) hypersensitivity responses to harmless environmental antigens are thus classified as allergies, which are characterised by an unbalanced immune response.

The cross-linking of allergen-IgE triggers cell degranulation and the release of inflammatory mediators within minutes of re-exposure, leading to the recruitment of other immune cells and, as a result, the start of allergy symptoms. Type 2 immunity is linked to homeostasis and protective immunological responses including wound healing, parasite clearance, and venom tolerance, in addition to its function in allergic disorders [2].

Allergic sensitization is caused by a variety of factors

Allergy is widely thought to be a complex condition, although the specific elements that contribute to sensitization are yet unknown. Allergy illness prevalence has been linked to a westernised lifestyle (the "hygiene hypothesis"), as well as environmental and genetic variables. Allergy-relevant loci have previously been discovered by linkage analysis, and genome-wide association studies hold the possibility of uncovering novel and repeatable genetic correlations with allergic disorders [3]. The integration of genetic predisposition data into a cohesive picture, however, remains difficult due to the complex nature and varied expression of allergy symptoms

Toll-like receptors (TLRs) and protease activated receptors (PARs) are specialised pattern recognition receptors (PRRs) that are necessary to offer initial defence mechanisms in order to keep pathogens under surveillance in epithelial cells and APCs. Proteolytic enzymes can disrupt epithelial cells in the great majority of allergenic tree, grass, and weed pollen, including white birch (Betula verrucosa), rye grass (Lolium perenne), and short ragweed (Ambrosia artemisiifolia). The majority of the discovered proteins belong to the cysteine, serine, and aspartic proteases family, and are responsible for disrupting tight junctions, allowing allergens to pass the epithelium. The damage to epithelial cells that occurs is permanent, although protease-specific inhibitors can prevent it. Epithelial cells produce a range of pro-inflammatory cytokines in response to pollen extract activation, including IL-1, IL-6, IL-8, and TNF. Furthermore, the release of proallergic alarmins (e.g., thymic stromal lymphopoietin (TSLP); IL-33; IL-25) enhances allergy sensitization by favouring a Th2-biased immune response. DCs are triggered in allergy sensitization either directly by the allergenic source or indirectly through alarmins released by epithelial cells. Activated DCs then guide Th2 polarisation in naive T cells by delivering three key signals: I antigen-derived peptides delivered by MHC-II, (ii) production of co-stimulatory molecules, and (iii) secretion of pro-inflammatory cytokines and chemokines. The transcription factors interferon regulatory factor 4 (IRF4) and GATA-3 are activated in activated DCs associated with Th2 priming. Specific Th2-associated surface indicators, including as OX40L and the notch ligands jagged-1 and -2, are similarly up-regulated by DCs [4].

Pollen allergens are encased in a complex and heterogeneous matrix made up of a slew of bioactive molecules that are released in tandem during allergic sensitization. The pollen matrix is separated into two compartments: an intrinsic component containing pollen-specific substances such proteins, metabolites, lipids, and carbohydrates, and an extrinsic part containing viruses, aerosols, and particles from air pollution, as well as a pollen-associated microbiome. These molecules, together known as the pollen matrix, create a unique environment for the allergen, which has been hypothesised as a predictor of allergenicity and Th2 sensitization

Pollen sensitization is caused by complicated interactions between pollen-derived adjuvants and the innate immune system when they are co-delivered with allergens. These pollen-derived adjuvants are hypothesised to help create a pro-inflammatory milieu at exposure locations, primeing DCs to favour Th2 polarisation in draining lymph nodes. Because diverse pollen sources have a variety of immunological responses when they interact with host cells, it appears plausible to assume that pollen sensitization is initiated by different molecular processes, most likely involving pollen species-specific immune adjuvants. The identification of the pollen-derived components that activate the early Th2 polarisation signals is still a mystery. As a result, future research should focus on identifying and evaluating their significance in the onset of allergic sensitization. Such discoveries will reveal mechanistic insights into Th2 polarisation in allergic sensitization, paving the path for new preventative and therapeutic options for effective pollen allergy treatment. 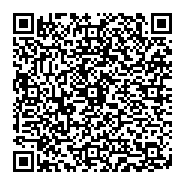