In 2015, cancer was one of the leading causes of death worldwide, with 8.8 million deaths (WHO). In the United States, an estimated 1,688,780 new cancer cases will be diagnosed in 2017, with 600,920 cancer deaths expected. The disease destroys the patient's immune system and causes it to shut down entirely. Each of the following is a part of traditional cancer treatment.

In 2015, cancer was one of the leading causes of death worldwide, with 8.8 million deaths (WHO). In the United States, an estimated 1,688,780 new cancer cases will be diagnosed in 2017, with 600,920 cancer deaths expected. The disease destroys the patient's immune system and causes it to shut down entirely. Each of the following is a part of traditional cancer treatment.

Chemotherapy, radiation, or surgery is all choices. Cancerrelated direct medical expenses in the United States were estimated to be $74.8 billion in 2013, according to the Agency for Healthcare Research and Quality. Hospital outpatient facilities or office-based provider visits accounted for 44% of the costs, while inpatient hospital stays accounted for 40%. These figures are based on the Medical Expenditure Panel Study, a series of large-scale surveys of households, people, and their healthcare providers (MEPS). MEPS is the most comprehensive and nationally representative data on healthcare use and spending.

Furthermore, the serious and life-threatening side effects associated with alternative cancer treatment modalities are a significant drawback. These treatments have the potential to cause secondary cancer or relapse. Furthermore, high chemo or radiation doses can significantly increase mortality and morbidity, resulting in poor outcomes and suffering.

In the early 1990s, a ground-breaking scientific breakthrough in oncology unveiled a new approach to fighting cancer by manipulating and manoeuvring the patient's own immune system. This method was later dubbed "Immunotherapy," and it drew the attention of doctors, scientists, pharmaceutical companies, and policymakers. Immunotherapy has many benefits over conventional therapies, including the ability to destroy cancer cells with fewer side effects, improved tolerability, a lower risk of mortality and morbidity, and a better prognosis. It is based on the simple principle of reactivating and improving the patient's immune system in order to combat cancer antigens.

T-cells are an essential part of the human immune system. In a specialised environment, these cells are extracted from the patient's blood and converted into chimeric antigen receptors (CARs). CARs are a type of protein that allows T-cells to fight cancer cells. These engineered T-cells are cultured and cultivated in a state-of-the-art GMP facility in the lab, yielding billions of cells. These CAR T-cells are grown in the lab and then injected into the patient's bloodstream. These circulating T-cells in the human body battle and destroy cancer cells.

The most recent scientific breakthroughs have focused on figuring out how to make more efficient T-cells that can fully remove cancer cells from a patient's body. However, one of the most serious side effects of immunotherapy is a condition known as "cytokine release syndrome." The cytokines used in the production of the drugs are released by the injected immune cells in the patient's body. Low blood pressure, fatigue, fever, and weakness are some of the side effects of cytokine release syndrome. According to the trials, 9 out of 15 patients do not experience these side effects.

Several clinical trials are currently underway in the United States and around the world to confirm the application of immunotherapy in a number of cancers. Physicians or hospitals should have detailed details on immunotherapy clinical trials. Clinicaltrials.gov also has the most up-to-date information on trials and their availability. In order to participate in a clinical trial, patients must meet certain eligibility requirements. It could take months or years for FDA or other regulatory agencies to approve such immunotherapeutic agents for clinical use. Several completed and ongoing clinical trials have shown that there is a substantial improvement in survival rates with little side effects. 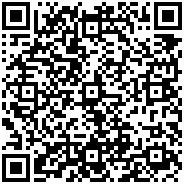