Methylmalonic Acidemia (MMA) is a rare inborn error of metabolism which can be associated with pancytopenia and in some cases complicated of severe infections. We report the case of a 1 month old infant presented with severe infectious clinical and biological features including pancytopenia and hypogammaglobulinemia. He was considered and treated as immunodeficient. After his death the diagnosis of methylmalonic acidemia was confirmed by the presence of elevated methylmaIonic acid concentration in the urine by gas chromatography. In fact patients with MMA develop marrow hypoplasia and trilineage dysplasia especially during metabolic crises. Severe compromise of the immune system has been associated with a number of well-defined biochemical abnormalities.

Methylmalonic Acidemia (MMA) is a rare inborn error of metabolism characterized by recurrent episodes of life-threatening metabolic acidosis due to elevated methylmalonic acid concentration in the patient‘s blood, urine and cerebrospinal fluid. Since its first description by Oberholzer and Stokke in 1967, further reports of this disease entity have distinguished vitamin B12 responsive and non-responsive. The clinical signs are recurrent episodes of ketoacidosis and bouts of vomiting, dehydration and mental retardation. This affection can be associated with pancytopenia and few cases are complicated of severe infections. We report the case of two patients who had severe sepsis and were considered as immunodeficient before discovering their organic acidemia.

Lumbar puncture was normal but the blood culture test revealed ESBL (extended spectrum beta-lactamases) Klebsiella pneumoniae. Therefore an immune deficiency was suspected and the patient received intravenous antibiotics during 10 days. Unfortunately he died at day 10 of treatment with septic shock. Few days after his death the diagnosis of methyl malonic acidemia was confirmed by the presence of elevated methyl maIonic acid concentration in the urine by gas chromatography.

Methylmalonic acidemia is an Organic Acidemia (OA) of propionate metabolism. Propionyl CoA is involved in the catabolism of isoleucine, valine, methionine, and threonine. Cytopenias (neutropenia, thrombocytopenia, and anemia) during metabolic crisis in OAs, including methylmalonic and propionic acidemia, is a well-known entity.

Severe compromise of the immune system has been associated with a number of well-defined biochemical abnormalities.

Cowan et al. [1] reported a family with multiple biotindependent carboxylase deficiencies in which variable combined T lymphocyte and B lymphocyte dysfunctions were noted.

In vitro studies performed in mice revealed that buffered propionic acid caused concentration-dependent inhibition of erythroid-granulocyte-monocyte colony-forming factors [3,4].These findings favour the hypothesis that catabolites arising in biotin-resistant propionyl-CoA deficiency may block interaction of lymphocytes with mitogens or may block lymphocyte proliferation itself.

This study showed also that biotinidase deficiency and secondary biotin deficiency adversely affect the lymphocyte proliferation capacity in response to an immune challenge. To compensate, major splenic T-lymphocytes increase their reservoir, especially CD4 T-lymphocytes responsible for macrophage activation, but do not affect overall T-lymphocyte populations (CD3 T-lymphocytes) and CD8 and cytotoxic T-lymphocyte subpopulations. It is also important to note that the overall B-lymphocyte population and the subpopulations remained unchanged. In general, B-lymphocytes play a major role in mounting the immune response against bacterial infection by secreting pathogen-specific antibody. Immunological abnormalities to bacterial infections do not appear to occur in untreated individuals with biotinidase deficiency until they are severely metabolically compromised.

In fact cell-mediated immunity plays a major role in protecting and ridding the body of infection by ubiquitous fungi, such as Candida albicans. In particular, the activation of T-lymphocytes is important in mounting immune response against fungal infections. Activated T-lymphocytes expressing CD4 (CD4+ T-lymphocytes) are involved in generating a TH1 response and interacting with APCs via T-cell receptors allowing them to differentiate into reactive macrophages [6].

However according to Najjarbashi et al. [7], minor insignificant deficiencies in humoral immunity in nonacidotic phase of organic acidemia were found. Some components of complement system showed increase in some patients, which might be due to decreased pH in extracellular fluid.

Lardner [8] revealed the effect of alterations in extracellular pH on cellular and humoral immune function. Investigations on polymorphonuclear leukocytes demonstrate mainly inhibition of chemotaxis, respiratory activity, and bactericidal capacity at reduced pH. Evidence of impaired lymphocyte cytotoxicity and proliferation at acidic pH is also beginning to emerge. Many of the clinical acidoses are accompanied similarly by immunodeficiency.

Patients with methyl malonic academia and other organic acidemia are prone to different infections, which lead to acidosis episodes. These patients are more likely to develop bone marrow hypoplasia and trilineage dysplasia during metabolic crises, a phenomenon that has been described in a few case reports in the older literature. Cytopenias tend to correlate with organic acid levels in the blood, and count recovery typically occurs within 2 weeks, after normalization of the metabolic state. No specific treatment is needed outside of supportive care. 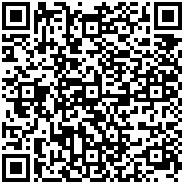