Copyright: © 2017 Eligio-García L, et al. This is an open-access article distributed under the terms of the Creative Commons Attribution License, which permits unrestricted use, distribution, and reproduction in any medium, provided the original author and source are credited.

In 1981, a medical condition emerged; it was characterized by severe immunodeficiency and an increase in reported cases of pneumonia and Kaposi's sarcoma (a variant of skin cancer). In 1983 Luc Montagnier identified HIV (human immunodeficiency virus) [1,2] as the etiological agent of this disease. Infection spread rapidly throughout the world, affecting the general population regardless of age and sex, by 1984 it was considered a world pandemic because cases had been reported on all continents [3]. In 1987, the first drug was authorized in order to contain its rapid spread. Triple antiretroviral therapy began to be used until 1996. Currently, the research studies are based on obtaining a vaccine that completely stops the virus [4].

The HIV-1 belongs to the retroviridae family. When the infection starts the virus is directed to populations of lymphocytes reducing their number and variety, which weakens the immune system. Acquired immunodeficiency syndrome (AIDS) is the critical stage of infection, at which stage the immune system is unable to replenish lost CD4+ T lymphocytes and loses its cytotoxic capacity to the virus leaving the patient exposed to infections Opportunistic and emerging diseases caused by bacteria, fungi, viruses and parasites [5].

Despite international efforts to prevent and treat HIV infection, reported data show an increase in the number of cases by perinatal transmission, which is a serious public health problem among the child population. In developing countries with a growing HIV/AIDS problem, co-infections with helminths and parasitic protozoa are common and pose substantial morbidity for those affected [6].

The presence of diarrhea is a common complication among patients with HIV/AIDS. The prevalence is higher in developing countries, where reported rates reach up to 60-90%. Several diagnostic studies in patients with AIDS without antiretroviral therapy indicate that opportunistic infections are responsible for most cases of chronic diarrhea (75-80%) [7]. Immunodeficient people are predisposed to developing longer and more frequent infections comparing with immunocompetent people, especially due to intracellular protozoan causing acute diarrhea and/or chronic parasitism, non-pathogenic parasites can become pathogenic and those with low virulence may become aggressive, even those latent or inactive infections are reactivate causing chronic infections, this seriously affects the general condition of the patient already weakened and reducing significantly their quality of life, requiring more medications and hospitalization and in extreme cases causing death by dehydration.

Recent studies mention that enteric parasites can be found in 55.8% of patients with HIV [8] and the protozoa most commonly associated with diarrhea are Cryptosporidium sp. (20.6%), Microsporidium sp. (10%), Cyclospora cayetanensis (2.9%), Isospora belli (29.2%) and Giardia intestinalis (11.8%). The advances in the application of molecular techniques for the diagnosis of pathogenic agents have increased in the last decade, because they are conceptually simple, highly specific, sensitive and fully automated [9,10].

Most patients who have developed AIDS do not survive more than three years without receiving antiretroviral therapy, and even at this critical stage AIDS and HIV can be controlled through highly active antiretroviral therapy, however the presence of opportunistic infections can avoiding advances in the treatment of these patients, causing complications that can be fatal, so a specific approach is essential to detect and treat these infections in an early way. 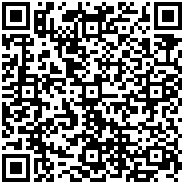