How mammalian lung's alveolar epithelial pneumocytes are targeted by pneumonia a infections.

Exceptionally pathogenic avian H5N1 flu infections specially contaminate alveolar sort II pneumocytes in human lung. In any case, it is obscure whether this phone tropism adds to high popular harmfulness in light of the fact that the essential objective cells of other flu infections have not been deliberately examined. We give the principal examination of the replication, tropism, and cytokine enlistment of human, exceptionally pathogenic avian flu an infection subtype H5N1 and other creature flu an infections in essential human lung organ societies. Subytpe H5N1 and human-adjusted subtype H1N1 and H3N2 infections reproduced productively in the lung tissue, though exemplary pig and low-pathogenicity avian infections engendered just inadequately. All things considered, all infections inspected were distinguished solely in type II pneumocytes, with a minor contribution of alveolar macrophages. Disease with avian infections that have a low and high pathogenicity incited an articulated enlistment of cytokines and chemokines, while human and pandemic H1N1-2009 infections set off just frail reactions. These discoveries show that distinctions in the pathogenic capability of flu. An infection in the human lung can't be credited to an unmistakable cell tropism. Rather, high or low popular pathogenicity is related with a strain-explicit ability to beneficially recreate in type II pneumocytes and to adapt to the prompted cytokine reaction

Flu an infections are prototypical individuals from the Orthomyxoviridae family that have a sectioned RNA genome and flow essentially in human, porcine, and avian hosts. The financial effect of flu An infections in people is huge on the grounds that they cause intense extreme respiratory sickness bringing about 3000-49 000 yearly passings in the US alone. The avian and porcine host supplies straightforwardly impact the study of disease transmission of human flu since novel strains with some or each of their qualities beginning from creature infections once in a while arise and spread in the populace. The most destroying of these pandemics was the Spanish Influenza in 1918, which guaranteed up to 40 million passings around the world. In 2009, an original flu A subtype H1N1 infection with quality sections from the porcine host supply arose in North America and quickly spread around the world, causing the main flu pandemic of 100 years [1].

The replication of most avian flu infections in the human respiratory lot is constricted, which was at first remembered to be connected to particular receptor explicitness. The hemagglutinin (HA) particle of avian infections specially ties sialic acids with a α-2,3 linkage to galactose, which relates to the high articulation of α-2,3SA in the digestive tract of tainted birds, the principal replication site for avian infections. Conversely, the HA of normal human strains ties essentially to α-2,6SA, which is exceptionally communicated in the human wind pipe. In any case, it was perceived as of late that both α-2,3SA and α-2,6SA receptor determinants are available in human lung and that both avian and human infections can connect to alveolar epithelial cells. These discoveries showed that elements notwithstanding a particular receptor should restrict the replication of avian infections in the human host [2].

To work on how we might interpret the components that help or limit the development of flu infections in the lower respiratory plot of people, we utilized a human ex vivo lung model. This permitted, interestingly, a precise correlation of flu and infections from human, avian, and porcine hosts for their replication, cell tropism, and cytokine enlistment in a trial model that holds the 3-layered construction and cell variety of human lung tissue. Most strikingly, all inspected infections dominatingly tainted type II pneumocytes, in spite of the fact that we noticed enormous contrasts between the strains concerning replication and cytokine enlistment. These discoveries propose that the pathogenicity of flu infections in human not entirely set in stone by cell tropism, yet is somewhat connected with the degree of replication in type II pneumocytes and with the ability to adapt to prompted cytokine reactions [3].

To methodicallly look at the replication of human and creature flu An infections in human lungs, we laid out an ex vivo explant model. The lung examples mostly comprised of mind boggling alveolar tissue got from the lower aspiratory curve. Contamination of the explants with the prototypic occasional infection brought about useful disease with a solid expansion in the quantity of irresistible viral particles in the way of life supernatant. The reasonability of the examples stayed stable for as long as 96 hours as decided by continually low qualities for delivered lactate dehydrogenase. Thus, contaminations of explants from similar benefactor at 0 hours or after 1 day brought about just minor contrasts between the viral development curves.The noticed development limitation of porcine and low-pathogenicity avian flu infections might have been brought about by a few variables, including an absence of beginning disease, low popular quality articulation, solid enactment of natural resistant reactions, or contrasts in the cell tropism. To recognize potential contrasts between the human and creature infection stresses on a cell level, we tainted human lung explants and performed immune histochemical investigations [4].

One of our objectives is to acquire a superior comprehension of the cycles related with variation of flu infections to the lower human respiratory parcel that is emphatically impacted in serious flu. Here, we efficiently looked at tropism, replication, and cytokine enlistment of flu and infections from human, avian, and porcine hosts in explanted human lung tissue. The appropriateness of the lung organ societies for our review was upheld by the discoveries that HPAIV-H5N1 and human-adjusted occasional and pandemic infections proliferated proficiently. Conversely, low-pathogenicity avian and exemplary pig infections repeated just inadequately, which might mirror serious areas of strength for the of most avian infections in people and the uncommon location of human patients with pig flu infection infection. However, the immunohistochemical and electron microscopy examinations of explanted lung tissues generally weakened this speculation as HPAIV-H5N1 and any remaining inspected infections showed areas of strength for a to contaminate type II pneumocytes, in spite of the fact that they changed up to a few significant degrees in their descendants titers. These outcomes affirm and broaden past reports on the location of viral antigen from pandemic and occasional strains in type II pneumocytes, which be that as it may, didn't address the development of irresistible infection particles in this cell type [5].

Strangely, low-pathogenicity avian infection likewise set off areas of strength for a reaction in lung explants notwithstanding poor viral development. This finding demonstrates that this infection either creates a high measure of RNA that prompts improved enactment of intracellular receptors controlling cytokine enlistment or that the ligation of avian receptor determinants gives a sign to the statement of cytokine qualities. The last chance would be in accordance with late discoveries showing equivalent or significantly higher groupings of MIP-1α and IL-1β in the lungs of mice tainted with low-pathogenicity avian H5N1 infection when contrasted with HPAIV-H5N1 infection. Besides, Ramos et al as of late showed that an avian receptor restricting inclination adds major areas of strength for to acceptance in different human cells, yet the exact explanations behind that are right now muddled. The exemplary pig infection set off in correlation just low degrees of cytokine emission. Subsequently, unfortunate development of a creature flu infection in human lung isn't really brought about by areas of strength for an enlistment however may include other viral or potentially cell factors. 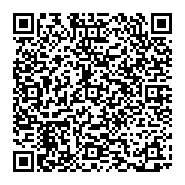