How does body temperature impact fertility?

Understanding the female reproductive system's hormone cycles and how they affect your body might be beneficial while trying to conceive or avoid pregnancy. Hormones play an important role in communication between the brain, ovaries, and uterus. One visible marker that can help you estimate when your body is most fertile is your basal body temperature (BBT).

The basics of the female menstrual cycle, the fertile window, and how BBT might provide important information for women seeking to conceive or avoid pregnancy are discussed in this article [1].

Hormones produce changes in the ovaries and uterus each month, preparing the body for a possible pregnancy. Menstruation, the period during which the uterus sheds its lining, kicks off the cycle. On the first day of menstruation, the ovaries are busy responding to a hormone called folliclestimulating hormone, which is released by the brain (FSH). FSH instructs the ovaries to produce immature eggs known as follicles. The hormone oestrogen is secreted by these follicles, and it has affects all across the body.

When oestrogen levels reach a specific level, it triggers the production of luteinizing hormone (LH), which leads to ovulation. The mature egg is released from the most dominant follicle after ovulation and goes to the uterus via the fallopian tubes. The corpus luteum, Latin for "yellow body," is a hormone-secreting cluster of cells that develops from the remaining follicle. Progesterone is one of the hormones secreted by the corpus luteum. The uterine lining thickens in response to progesterone, preparing it to accept a fertilised egg. Changes in cervical secretions, which improve sperm motility, are also caused by progesterone [2,3].

The corpus luteum breaks down if fertilisation does not occur, and the resulting lowered levels of progesterone and oestrogen produce menstruation. If fertilisation occurs, the embryo's released hormone, human chorionic gonadotropin (hCG), causes the corpus luteum to stay and continue secreting hormones. Progesterone secretion keeps the uterine lining healthy during pregnancy.

What is basal body temperature?

BBT is one of the indicators you can use to determine when you're fertile.

Hormones affect the body in a variety of ways. For those attempting to conceive, a combination of fertility awareness measures can be used to timing intercourse, or they can be used in conjunction with barrier contraception or abstinence throughout the fertile period to avoid conception. The following are some examples of methods: Calendar method, Hormone measurement, Mittelschmerz, Cervical mucus method.

BBT is affected by the hormonal changes that occur during pregnancy. Early indicators of pregnancy can be found on the BBT chart in a couple of ways. Of course, a pregnancy test and a visit to your healthcare professional should be used to confirm a possible pregnancy.

A one-day drop in temperature, known as the implantation dip, is one of the first possible signs of pregnancy. If fertilisation has happened, this can happen roughly a week after ovulation and lasts only one day. When compared to a regular cycle, a drop occurs right before the start of your period and remains low until the next time you ovulate [5].

Basal body temperature is a non-invasive, low-cost, and easy way to track fertile periods for those who are attempting to conceive or avoid getting pregnant. BBT predicts future reproductive windows by tracking daily temperature and observing tiny variations over time. 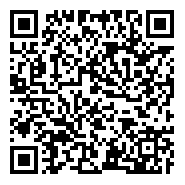