Home ranges of predators and small sources of marine biomass

The meaning of the ecological term home range defines an important ecological aspect of mobile animals and has "evolved" in an attempt to project the most comprehensive definition. In a study of home ranges and ranges of two species of coastal dolphins and fishermen on the western coast of Aragua, Venezuela, South Caribbean, it was observed that these three species coincided in a specific area, so that a spatial analysis determined a small and important source of biomass that provides prey throughout the year for dolphins, fishermen and local people. This note aims to highlight the ease of defining these areas and their conservation importance as sources of protein for humans and other predators.

It is interesting how an ecological term evolves with research, in the case of the home range it began with a purely spatial meaning in which the animal was restricted to the area it used most during the day [1,2]. Later, the concept was subject to additions and modifications, for example it was the area where vital activities such as feeding, mating and breeding took place which will later be understood to be extrinsic factors that shape the home range, such as the quality and richness of prey, the risk of predation and anthropogenic activity [3,4]. Now, this occurs when there is some nomadic character in the individual, therefore, the term is subject to the inclusion of the time factor, this led to think that it is most of the time (95%) is the home range and half of this (50%) the core area as the space where the individual is most concentrated [5-8].

Apart from the spatial and temporal dimensions, a more subjective factor, inherent to the individual's cognition, is being included, which is knowledge about space: feeding area(s), refuge area(s), area(s), route(s) safe from predation [9-12]. This is where intrinsic factors such as physiological constraints, reproductive status, heterospecific behaviours, individual body size and sex play a role, so the home range may be "an animal's cognitive map of its environment that it chooses to keep up to date" [13,14]. Ultimately, this "cognitive map" must be managed by the majority of the group in social species. And in cetaceans suggested that whaling probably destroyed this knowledge in certain populations because today, despite the moratorium, whale populations have not recovered as mathematically predicted, most likely due to the loss of the "cognitive map" held by adult individuals who were the individuals of greatest size and value to whalers [15].

Dolphins and Fishermen on the Western Coast of Aragua

In an ecological characterization of the Bottle Nose Dolphin (BND) in the western coast of Aragua, Venezuela, Caribbean South, it was perceived that this species fed mostly during the mornings in a certain extension of the coast, as well as the Atlantic Spotted Dolphin (ASD, a sympatric species) and in the large fishing area of the fishing villages (FIS), this area was included [16]. From this daily observation came the idea of overlapping the ranges of these three top predator species in order to determine the overlapping area [17]. Although it was observed that both dolphin species eventually hunted from the same schools, ASD tended to be sighted more distant from the coast. It should be noted that commercial fishing in this area supports the state of Aragua and surrounding states.

Once the Minimum Convex Polygons (MPC) and the Fixed Kernel (FK) were determined with the Animal Movement function of ArcView 3.3, the feeding and fishing ranges of the three species were overlapped in MPC and the same with the FK and then the area of overlap was calculated at 45% and 25% for the definition of the core area. It could be confirmed that it is necessary to have at least 20 sightings as that the area accumulation curve for each new sighting starts its asymptote in the area covered by each new perimeter point [18,19,20]. This overlapping area was 63.31 km2 (FK 95%) and 24.75 km2 (FK 25%), which equated to 26.86% of the study area [5].

Then a finer analysis of this feeding area was the Correlation plot of standardized residuals of sightings by dolphin species and by isobath were performed, although there were eventual sightings where both species feed on the same school, a significant separation was demonstrated where BND fed between 50 and 100 m depth and ASD fed between 100 m and 200 m [5].

Thus, the overlapping of feeding and fishing areas indicated an important area of presence of annual prey of biological and commercial interest. These types of feeding areas, besides being important for fisheries, when offering additional shelters and low anthropic impact, allow the long residence of groups of reproductive cetaceans, which maintain the species and the presence of a top predator vital for the food chain to monitor the populations of smaller predators. In fact, by resuming studies in the same area we have detected the residence of individuals exceeding 15 years of residence. Since 2019 we have initiated a photo-identification study in the area, this time targeting both species with the aim of investigating social sympatry and we came across the fact that ASP had practically disappeared from the study area, reducing its sighting rate to almost zero. We are now investigating the cause, but we also came across the presence of whale shark pups moving along the coast. Also, in conversations with fishermen, they have told us that in the area where BND feeds the bottom are rocky, this information needs to be corroborated, but if true, it could be acting as a refuge for the recruitment of fish species of biological and commercial interest. Although it would be ideal to sound the bottom, this information is very important because it would be a factor, apart from a slight upwelling and a contribution of nutrients from the rivers, which could be contributing to the presence of prey.

Also, I think it is necessary to add other kinds of predatory animals, for example birds (in feeding behavior) because they would determine a "maximum limit" of the prey source in view of the fact that the mobility of birds is superior to that of fishermen and dolphins. And on the other hand, in view of the ease of sighting whale sharks, it would be possible to estimate at least the extent of coastline with primary productivity [21-23].

Finally, the global depression of fisheries makes it necessary to safeguard these small prey source areas as they support many species. This may be happening in Venezuela in view of the trawling ban in 2009, so that massive by catch or incidental fishing is almost non-existent in Venezuelan fisheries. However, it is necessary to analyze the fishing history in the aforementioned study area to determine whether an increase in the volume of sardine and anchovy fishing could be a factor in the displacement of ASD, which was previously very abundant and has now practically disappeared. Therefore, further studies together with the fisheries will be necessary as these small sources of marine biomass are worth protecting because they provide protein for humans and animals and are easier to manage due to their small size. 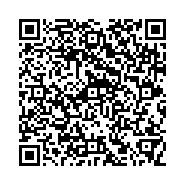