Background: Human genetic variation is interlinked to genetic drift and gene flow. Interplay amongst these leads to evolution in natural populations. Studies suggest that Glucose-6- Phosphate Dehydrogenase (G6PD)-deficient alleles show some signatures of selection. Deficiency in G6PD is the most common enzyme deficiency of human erythrocyte which affects over 400 million people worldwide. There is no comprehensive information available about the prevalence of this disease across the entire map of Gujarat, India.

Methods: Cross-section retrospective study was conducted to determine prevalence of G6PD deficiency in population of Gujarat. 3467 samples from different hospitals throughout the state of Gujarat from September 2014 to September 2015 were analyzed. The G6PD activity was measured quantitatively by spectroscopic absorbance at 340 nm in kinetic mode.

Conclusions: Heterozygosity levels, linkage disequilibrium patterns and frequencies of alleles segregating in a population play a vital role in the prevalence of any genetic deficiency. However how this polymorphism is being maintained is not deciphered yet. Our study signals the need for rigorous research to understand the pattern of natural selection and establishment of selection coefficients for different genotypes.

Glucose-6- Phosphate dehydrogenase (G6PD) deficiency is the most common enzyme deficiency of human erythrocyte which affects more than 400 million people worldwide [1]. Glucose-6-phosphate dehydrogenase enzyme catalyzes the first step in the hexose monophosphate pathway, converting glucose-6-phosphate to 6-phosphogluconolactone and reducing the cofactor nicotinamide-adenine dinucleotide phosphate (NADP) to NADPH. In the red blood cell this pathway is the only source of NADPH, which is necessary to protect the cell and its hemoglobin from oxidation [1]. G6PD deficiency make erythrocytes prone to H2O2 and other Reactive Oxygen Species (ROS) that can lead to non-immune hemolytic anemia, favism, Chronic Nonspherocytic Hemolysis (CNSH), spontaneous abortions and neonatal hyperbilirubinemia resulting in neonatal kernicterus[2,3]. In more serious cases, hemolytic anemia can also leads to death. Various chemicals in food and medicines, various infections and stress can trigger various signs and symptoms of Glucose-6-phosphate dehydrogenase deficiency and therefore early recognition of G6PD deficiency can help prevent serious complications. In India, study of G6PD deficiency started after its first reporting by Baxi et al. in 1963 [4]. The various studies have reported prevalence of G6PD deficiency ranging from 0% to 27% among various caste, ethnic and linguistic groups in India [5]. In Gujarat, the prevalence of G6PD deficiency has been studied in very few castes but there is no information available about G6PD deficiency in overall population of Gujarat. The objective of the present work is to study the frequency of G-6-PD deficiency in the population of Gujarat.

Cross section retrospective study was conducted to determine the prevalence of G6PD deficiency in population of Gujarat, India. Prior to the commencement of the study, the approval of Ethical Research Committee was taken (Reference No.ECR/ 144/ Indt/GJ/2014). Survey of 3367 samples suspected to be G6PD deficient frequenting the hospitals and leading laboratories across Gujarat were analyzed for confirmation of the G6PD deficiency.

Samples of patients from urban population were tested directly in the lab where the blood was collected. Data was collected from 26 different locations across Gujarat (Figure 1). G6PD activity was analysed by production of NADPH measured at 340 A in kinetic mode. Samples identified as deficient with cutoff ≤ 4.6 U/gHb. (Normal range 4.6-13.5 U/gHb). Tribal population were initially screened by color reduction test involving reduction of a blue dye, dichlorophenol indophenol, to a colourless state, produced by Sigma Diagnostics, which was confirmed by spectrophotometric analysis for NADPH production at 340 A in kinetic modes (Figure 2). 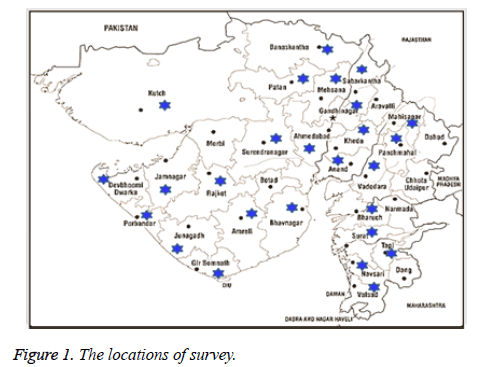 Figure 1: The locations of survey. 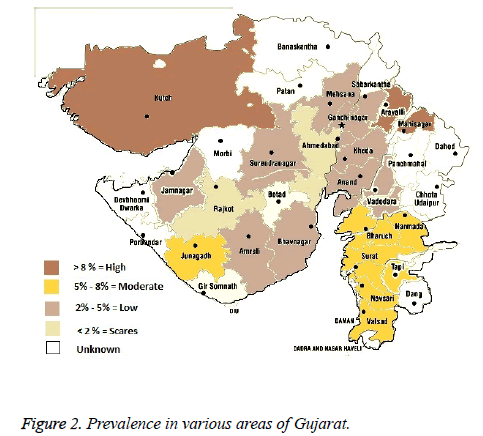 Table 1: Classification of areas of Gujarat based on prevalence of G6PD deficiency.