Healthy lifestyle choices can help children cope with the changes in their bodies that occurred during puberty.

Citation: Kantra JN. Healthy lifestyle choices can help children cope with the changes in their bodies that occurred during puberty. Gynecol Reprod Endocrinol. 2022;6(1):1-2.

Adolescence is increasingly recognised as an essential period in one's life, a time when fast growth of the brain, body, and behaviour creates a window of opportunity for treatments that can have long-term effects on health. Puberty is characterised by fast physical growth, mental development, sexual maturation, and the development of reproductive potential. It is accompanied by the completion of several organ systems' maturity as well as significant changes in the central nervous system and psychosocial behaviour. One of the most significant developments in neuroscience in the last 20 years has been the finding of ongoing brain growth during adolescence. During adolescence and into the mid-20s, the brain undergoes a rapid growth spurt, with significant development of both cortical and subcortical structures [1].

This rapid physical and mental growth interacts with social changes, such as increased individuation and forming new peer groups, to help people make the transitions they need to become productive adults. As the impact of the family wanes, a variety of social determinants of health emerge throughout adolescence, with friends, schools, and eventually the workplace becoming important determinants of health and well-being. Even in traditional or more sociocentric civilizations, these societal changes are visible. Adolescence determines more than half of the top ten risk factors reported in the Global Burden of Disease study. Adolescence is also a time when young people can change or alter their health or illness paths as adults. Early life experiences can reinforce both positive and negative outcomes. Similarly, resilience in adolescence may help young individuals who are born into adversity. Transferring from elementary to secondary school, making one's first sexual move, and entering the labour market are all possible triggers for the accumulation of health risks [2].

Puberty is a time when all physiological systems experience fast growth, as well as changes in brain function and cognitive development. The early phase of adrenarche, or the turning on of the adrenal glands, occurs between the ages of six and eight years, and begins the process of puberty earlier than most people realise. In most children, adrenal androgens have little phenotypic markers, but growing evidence suggests that they may have a role in the anatomical and functional development of the brain, as well as associated behaviours, during adolescence. The time of adrenarche has an impact on the likelihood of mental health disorders as well as a variety of cardio metabolic abnormalities. Body mass index (BMI) is linked to adrenal androgens; children who have premature adrenarche have greater levels of insulin and insulin resistance, as well as a predisposition to have a higher BMI. The gonad Arche, or process of sexual maturity and attainment of reproductive potential, is the second phase of puberty. The synthesis of gonadal steroids promotes secondary sexual characteristics' growth and development, as well as development throughout all organ systems, including the central nervous system. Other endocrine systems, such as the growth hormone/insulin-like growth factor and thyroid axes, mature throughout puberty.

Marshall and Tanner devised a system for distinguishing puberty stages based on outward indications. The first visible changes—breast buds in girls and testicular growth in boys—appear around the age of 11 years, but this varies from person to person. Despite the fact that the gonad Arche in boys and girls are the same age, the early modifications in girls are more noticeable. Menarche, or the start of menstrual cycles (menses), usually happens around two years following breast blossoming in late puberty. Because early menstrual periods are erratic and girls are rarely fertile right after menarche, menses appears to signal reproductive maturity for girls, but it mostly communicates uterine maturity [3].

Puberty typically lasts two to four years after the gonad Arche, although other changes such as fat and muscle patterning last throughout adolescence. Puberty is largely genetically determined, but intrauterine experiences, nutrition, familial circumstances, stress, and socioeconomic issues all have a role. Puberty is increasingly being regarded as a period of physiological transformation. The pubertal growth spurt is the most noticeable shift, with boys increasing 30 centimetres and girls expanding 25–27 centimetres as a result of the synergy of sex hormones and growth hormone. The growth spurt occurs early in the life of a girl, with peak growth occurring around the time of the commencement of breast development. It happens later in boys' lives. Girls often cease growing at the end of puberty and only add approximately 2.5 centimetres when menses begin. Boys continue to develop slowly following puberty, reaching their full height around the age of 18 years.

The bone, renal, immunological, and cardiovascular systems are all maturing, as with the liver enzymes and blood lipids. Under the influence of gonadal hormones, bone mineral accretion accelerates during puberty, with peak bone mass achieved by the early 20s. Blood pressure and heart rate reach adult levels as a result of cardiovascular and renal development, which occurs in tandem with height and mass gain. The cardiovascular risk profile varies by gender, with boys having more unfavourable lipid patterns than girls. Other blood indicators, such haemoglobin levels, show a sexually dimorphic pattern as well [4].

Puberty begins when a child reaches the age of puberty

Although the time varies by country, the sequence of pubertal events is fairly constant across countries and ethnic groups. Puberty is impacted by a variety of factors, including genetics, diet, and economic development. In most high-income countries (HICs), the average age for menarche is currently 12–13 years; in low-income nations, it is frequently later, even in wealthier populations.

After the 1960s, the average age of menarche stopped falling in most HICs, while it continues to fall in low-income nations. Early pubertal events are occurring at younger ages, while late pubertal occurrences are not, according to statistics from the United States and, more recently, Europe. The causes of this puberty broadening are unknown, while endocrine disrupter chemicals and psychosocial stress are two plausible explanations. According to recent research, earlier pubertal development is most likely a response to changing environmental conditions. The onset of adrenarche, on the other hand, appears to be consistent throughout populations.

Puberty appears to programme changes in lifelong health, in addition to its direct influences on physiology and growth. Strong evidence suggests that a higher BMI speeds up puberty onset, but that early puberty also primes individuals for increased fat accumulation later in life. Early puberty is implicated in the development of cardiovascular events and mortality, as well as type 2 diabetes and high blood pressure. These links appear to be independent, at least in part, of childhood obesity. Stress reactivity, the growth hormone/insulin-like growth factor axis, and glucose insulin homeostasis are likely to be involved.

Through a variety of pathways, early puberty is connected to cancer later in life. Longer gonadal steroid exposure may raise the incidence of steroid-dependent malignancies in women, such as breast and ovarian cancer, and possibly prostate cancer in men. Longer exposure to sex hormones, higher oxidative stress, or hyperinsulinemia linked to obesity in early development or behavioural risk factors like substance use could all be contributors. 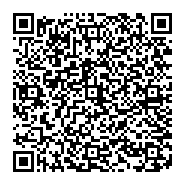