After investigation of the Changchun Biotech vaccine scandal [1] a mixture of neglects, misconduct, and fraud, President Xi Jinping ordered senior officials to resign because of misconduct in overseeing the substandard vaccines, forcing them to take responsibility. Xi emphasized drug safety, re-vaccinating more children and promising severe punishment for subsequent violations. This indicates a paradigm-shift towards responsibility, honest accreditation, innovation and a dual-track system.

Rather, this reflects the determination of our nation top leaders to execute the rule of “taking-responsibility” on government officials.

Gearing up big-data platform and executive power from China government may be what gives China the edge to hinder fraud and fake documentations. Today, making payments via WeChat/AliPay has intimidated cash-thieves.

China has been an innovator for centuries, starting with Emperor Yu’s plan to dredge rivers to drain flood-waters rather than damming them [2]. Recently, China’s scientific and technological innovation has lagged. Historical innovations relied on individuals. Now, China’s government has promised to support innovation nationally [3].

Sometimes, one leader in a state department has absolute power but mishaps are blamed on an intangible committee so nobody takes responsibility, everybody shares responsibility or scapegoats are found. The “taking-responsibility” rule has started a paradigm-shift for China-dream and innovations accelerate it.

China’s government–private "dual-track" economy has made it the world’s second-largest economy. A dual-track system with third-party assessments and reformed mentality may engage stakeholders in defining the agenda and preventing misconduct [4]. The single-track state R&D assessment system encourages academics to have the world’s second-largest output of papers but too many retraction scandals, and might have encouraged corruption.

Hopefully, the new private Xi-Hu Research University will spur innovation; and private entities involved in third-party assessments may help ensure the security of future vaccines. China’s government has imposed strict regulations on neglects and misconduct on medical products but scandals affect China like cancer, which reoccurs despite therapy [5].

Breakthroughs in immunotherapy may reprogram cancer patients’ immunological systems to minimize relapses. Analogously, it may be possible to reprogram society. We applaud the immediate actions taken against misconduct but call for a dual-track system create transparency in regulatorymechanisms for production and help end fake vaccine documentation. 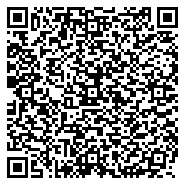