Mahseer, various species of which abound in pristine clear waters of hill streams, rapids and fast flowing rivers, face numerous anthropogenic pressures their range of distribution. Age composition was recorded by obtaining samples of Tor tor during 2003-2004 from the market along the rivers Ken, Paisuni and Tons (Bundelkhand region). The age of fishes was recorded to be 6+ in the Ken and Paisuni rivers while 8+ in the Tons river. The mean length for in 1+ age was 20.2, 22.8 and 20.8 cm for the Ken, Paisuni and Tons rivers, respectively. The Paisuni river more is hence suitable for growth of T. tor. The formation of growth ring occurred annually.

Out of 73 cold water fishes recorded in India, the mahseer are the most important group [1-3]. Tor tor is found in all the Vindhyan river systems of like Narmada, Tapti, Mahanadi, Chembal, Betwa, Sone, Ken, Tons, Paisuni and others [4-6] and lower reaches of the Himalayas which receive snow-melt water directly from water-sheds and in some upland waters of the Deccan plateau [7]. They prefer torrential streams with oxygenated water and rocks pools with gravel. Among Indian mahseer, T. tor is the most important food and game fish of India after T. putitora [6,8]. It constitutes an outstanding fishery in the Narmada and Ken rivers in Central India. It has also settled in some Indian reservoirs which have been stocked with this fish [9].

It is prefer torrential streams/rivers with oxygenated water and rocky pools with gravel and avoid very cold water [7]. Presently it occasionally appears in the catches from the Paisuni and Ken rivers (Bundelkhand region) [10-11]. In general, mahseer are declining very rapidly in their numbers and size in central India due to overexploitation, water pollution, habitat destruction, domestic effluent and insecticide and pesticide and many other stressors [2,8,9,12-15].

Accurate fish growth rates are important for growth analysis, age structure analysis and mortality rate estimation. The information of fish growth increment is also necessary to perceptive a species life history, reproductive biology, population dynamics, biomass and fisheries sustainability [8,16-17]. The age and growth study was conducted by [9] in the Narmada river and [18] in the Lake Bhimtal (Uttrakhand). But nothing is known for the Ken, Paisuni and Tons rivers that are a part of the Yamuna and Ganga river system in the Ganga Plains.

Present study was conducted in the three rivers i.e. Ken, Paisuni and Tons rivers, Bundelkhand region. The Ken and Paisuni rivers are right bank tributary of the Yamuna river. The Tons river is a right bank tributary of the Ganga river. Fish samples of T. tor (Tor mahseer) were collected seasonally during 2003-2004 from the rivers Ken, Paisuni and Tons. The scale method has been used for estimation of age and growth in the present investigations. The key scales were removed from the row above lateral line and below dorsal fin region [19-20]. The scales were cleaned in 5% KOH solution to remove adhering- tissues and finally washed in distilled water. The scales were then pressed while drying in order to avoid their curling. The season with “minimum width in the terminal part of the anterior field of the scale” was designated as the period of ring formation. Since this condition occurred only once a year, the ring was designated as annuli. Total length and growth rate were recorded as differences between-at-age.

T. tor possess a typical cycloid scale. The formation of annuli occurred annually. The regular alternation of opaque and translucent zones in scale and whole scale of younger and older mahseer was also suggestive of annual periodicity. The scales depicting age are presented in Plate 1 (Figure 1).

Though it attains very big in size but the rate of growth T. tor in comparison to Indian major carps is slow. The present maximum recorded total length of T. tor was smaller compared to earlier reports. The fishing pressure, size of nets, fishing technique (example degree) and water quality are mostly responsible for decreasing of size and age classes of the fishes and recruitment (example damage breeding ground) in the lotic ecosystems [8,21-25]. It grow well both in the lentic and lotic environments and performs better growth in the lotic ecosystem.

The author acknowledges the academic support and facilities provided by the Head, Department of Zoology, University of Allahabad, Prayagraj, Uttar Pradesh. 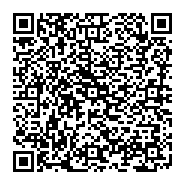