Genetic variations of the mtCOX1 gene for Iraqi patients with tetralogy of fallot.

Objective: Number of evidence suggests that tetralogy is associated with different genetic factors. Therefore, this research was designed to estimate the potential role of genetic variations in some mitochondrial genes mtCOX1 and their association with disease. Materials and Methods: The study included 20 patients with tetralogy of fallot and 20 healthy volunteers as a comparison group. The results of the molecular analysis showed that there are thirteen mutations in the mtCOX1 gene, of which eight are not previously recorded. The variations were as follows: transition of G>C at locations: 6690, 6825 and G>A at locations: 6915, 6917, 6261 and transformation of G>T at locations: 6899, 6922, the transversion of T>C at locations: 6632, 6297 and T>G in a location: 6674 and A>T at locations: 6843 and 6804. Results: Deletion of a nitrogenous base (C) at site 6927 del C. This variance was recorded at the National Center for Biotechnology Information clinical variation (NCBI) with accession number (SCV000845754). Conclusion: Genetic differences in the mtCOX1 gene, such as deletion, insertion and substitution, have led to mutations that have transformed the reading frame that may be a genetic risk factor for tetralogy of fallot.

Mitochondria have a variety of important roles, including energy metabolism, the generation of Reactive Oxygen (ROS), aging and the initiation of apoptosis. Most of the energy is produced by Oxidative phosphorylation (Oxphos) or electron chain transport. Of redox enzymes, which are found on the inner membrane of mitochondria and in this series energy is transferred to the final receptor of electrons, which is oxygen [1]. Mitochondria are found in large numbers in tissues that require a large amount of energy, such as the brain, heart, and muscles. Mitochondrial sizes vary according to the cells in which they are located. Mitochondrial numbers vary according to the member's need for energy [2]. Tetralogy of fallot is cause hypoxemia, four major cardiovascular defects include ventricular septal defect, pulmonary valve stenosis, aorta, and ventricular septal defects, and a thick wall of the right ventricle (right ventricular hypertrophy). It occurs even more often in males and females. People with tetralogy of fallot are more likely to have other birth defects.

Complex IV or COX (cytochrome c oxidase), the terminal oxidase of the RC, catalyzes the transfer of reducing equivalents from cytochrome c to molecular oxygen. It is composed of 2 cytochromes (a and a3), 2 copper atoms and 13 different protein subunits [3-5]. It is suggested that there should be four intermediate compounds called (S1-S2) that accumulate during the fourth complex assembly. The enzyme resulting from complex 4 contains four entrances to oxidation, two of which are iron centers, they are a3 heme and a heme, and two of them are copper, they are A Cu and B Cu, then the electron moves through the fourth complex to cytochrome c to the center of Cu B then heme a3 and heme a Then to Cu A and finally to the final recipient oxygen. The COX1 protein is assembled by the first intermediate complex S1, which will then change to the second intermediate complex S2 through its subunits (COX4 and COX5a), and when the sub-assembly (COX1, COX5a, COX4) is formed, the assembly process continues to form the third intermediate complex S3, which is it will add the remaining subunits and finally the COX6a and b/COX7a units will be added to complete the enzyme formation [6-8].

Case-control study was performed on 20 patients with tetralogy of fallot they were those who underwent open-heart surgery at the Nasiriyah heart center, in southern Iraq, and 20 cases were studied as comparative samples were collected. DNA was extracted from the tissue using the separation column protocol by several g SYNCTMDNA. 40-50 mg of myocardium was extracted to extract mitochondrial DNA. Use the initiator to amplify a fragment of the mtCOX1 gene. The initiator was designed by primer 3 plus shown in Table 1.

Table 1. Usage of initiator to amplify a fragment of the mtCOX1 gene.

A PCR reaction was performed using 200 ng for mtDNA and 5 pmol for each initiator and 5 microliter from master mix supplied from bioneer/South Korea and 5 microliters of deionized distilled water. The first cycle of amplification program (first metamorphosis) lasted for 5 minutes at 94°C and after 30°C cycle 94°C for 45 seconds and 60°C for 30 seconds 72°C for 30 seconds after final elongation at 72°C for 5 minutes. The results were then transferred to the 2% alkalline gel. Samples were sent to macrogene company, Seoul, South Korea for a nucleotide sequence analysis. Mutation surveyer V.5.2.1 was used by softgenetics, USA to analyze mutations and detect their location on the mitochondrial genome and to determine whether it was effective or silent.

Sequence alignment was implemented using Bioedit 8.0.5 Clustal W. Studied sequences have been carefully examined and matched to determine the symmetries between sites, as well as other analyses, including the identification of the contrast index, genetic diversity and genetic change parameters, and the total haplotype number.

Data were analyzed statistically using the SPSS where the ANOVA variation analysis was tested to compare the different age groups of the study aggregates. While the total value of P-value P<0.05 was then adopted, the moral differences were statistically significant if the value of P<0.05.

Table 2. Clinical features of tetralogy of fallot and control group.

Sequences of the mtCOX1 gene were aligned with the reference sequence and genetic mutations were determined based on differences in the reference sequence from the study samples. Thirteen mutations in the mtCOX1 gene were identified, eight of which were not previously recorded. The variations were as follows illustrated in Figure 1: Transition of G>C at locations: 6690, 6825, transition of G>A at locations: 6915, 6917, 6261, and transversion of G>T at sites: 6899, 6922, T>C at sites: 6632, 6297, T>G in a location: 6674, A>T at locations 6843 and 6804. Deletion of nitrogenous base (C) at site 6927 del C, this variance was recorded at the National Biotechnology Information Center (NCBI) with accession number (SCV000845754), and sequences at the gene bank were documented with accession numbers accession number is shown in Table 3.

Table 3. Mutations in the mtCOX1 gene for patient with tetralogy of fallot. Figure 1:Sequencing chromatogram showing the mutation in the mtCOX1 gene.

The above mentioned chromatograms show genetic differences of the mtCOX1 gene in the heart tissue of those with tetralogy of fallot. The results showed that the values of Haplotype Diversity (HD) and total nucleotide (π) values were high in those with tetralogy of fallot and lower in comparison samples showed results when comparing the differences in the pairwise (Table 4). There are differences between the occurrences of expectation and observation, as shown in Figure 2. Figure 2. Curve of expected values and seen for frequencies pairwise.

The results of the current study when the distribution of patients by age group showed that the highest infection rate appeared in the age group ≤ 4 years by a percentage of 75%, while the age group 5-20 years was 20%, the results of study showed that the age group 1-24 month is the most affected by the tetralogy of fallot in the study conducted in the Iraqi city of Mosul [9,10]. Genetic diagnosis from birth to the third year of life according to the appearance of symptoms [11]. Results of this research converge with study of who found that the age group 1-3 years is the most infected and reached 42.5% and these results are identical with studies of in Turkey, and conducted in Thailand who found that age group 1-3 year is the most common category of hereditary heart disease [12,13]. The reason for the difference in the most affected age group between the current study and other studies can be attributed to the process of early detection of infection and examination of newborns, which would diagnose the infection early, and the fact that the disease is genetic diseases, therefore the process of diagnosis is linked to the emergence of early signs of the disease. The incidence of this type of disease can be attributed to the environmental factors experienced by mothers during pregnancy, especially radiation. The results of the current study did not agree with what he found in his study conducted in Najaf, Iraq, where he found an increase in the incidence of females compared to males without there are no significant differences [14]. The results of this study are consistent with his findings and his group in the study of patients with congenital aortic valve stenosis [15].

The present study identified 13 variable COX1 gene sites in those with tetralogy of fallot. Of the 1052 sites analyzed, these variations varied between replacement mutations and transformation. Ten Missenses mutations, two of which are silent mutations and one omission at site 6927, were recorded at the clinical variation site at the national biotechnology information center with access number SCV000845754 and the rest were documented at the Genebank, the lack of cytochrome c oxidase COX is one of the most common deficiencies in the respiratory chain and the imbalance in this compound is associated with many diseases such as cardiomyopathy, muscle weakness, hearing impairment and others, as confirmed by sources that the deletion mutation at the site 7402delC [16]. A mutation recorded for the first time in the study mentioned that led to the deviation of the frame shift reading frame and find a stop termination code codon premature, which led to instability of the sub-constituent of COX1 as well as showed the studies of histo chemistry about a shortage in the fourth complex, and the study of two new mutations in people with dilated muscle cardiac dilated cardiomyopathy at sites 5973 G>A and 7042 T>G in the COX1-encoded chain as well as mutations recorded by the study in genes encoding for complex NADH [17]. A study showed that loss of regenerative capacity of heart cells during the first week Postpartum or premature cell aging and loss of regenerative capacity were associated with the methylation of four regions (CpG) of the COX1 gene, resulting in oxidative stress that led to genetic changes that caused premature aging [18].

The association of mutations in the mtCOX1 gene with colon cancer was investigated. They found two mutations in this gene, the mutation at site G7777A>G, which changed the amino acid Gly125Asp and the other at site 7257 T>C, which changed the amino acid serine to proline [19]. Mutations in this gene have slowed the transfer of electrons within respiratory chain complexes, and although the researchers have not confirmed the definitiveness of these findings, their study has provided some evidence of the relationship between molecular changes in the mitochondrial genome and disease progression. It was found that the point mutation in the genome of mitochodria is associated with myocardial dysfunction. It was found that the mutation at site 6860 A>C that changed the amino acid lysine to asparagine, as well as the mutation at site 6700 A>G, which changed the amino acid glutamic to the glycine. They may be causative or auxiliary factors for cardiomyopathy [20]. The cytochrome c has an important regulatory role in the apoptosis process since its formation in the mitochondria will stimulate the formation of a special channel in the outer mitochondrial membrane which is programmed cell death by mitochondria. ATP binds to cytokine enzymes caspases, and we note that the process of programmed cell death is strongly associated with mitochondria and cytochrome c proteins in particular and that we conclude that mutations in cytochrome c can give abnormal proteins, which hinder the work programmed cell death, leading to heart abnormalities such as the (TOF) due to the role of apoptosis in the process of formation [21].

Occurrence of genetic variations in the mtCOX1 gene such as deletion, insertion and substitution have led to mutations of the reading frame transformation could be a predisposition to tetralogy.

I would like to thank Dr. Aqeel Salman Al-Mandeel, Dr. Munaf Mohammed and Dr. Salwan Qahtan, cardiac surgeons at the nasiriyah heart center for their valuable assistance, and Dr. Haider Hussein Jallod to analyze the results statistically. We thank patients and their families for their cooperation in this study. 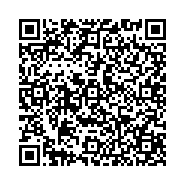