Methods: This was an observational descriptive study using the cross-sectional method. The sample was 18 patients with uterine prolapse in dr. Kariadi Hospital Semarang with their female siblings then continued recording the characteristics and DNA sequencing examination.

The purpose of this paper is to document the iterative design and planning undertaken by the MakSPH team to support the implementation of a community score card pilot in five sub counties Pelvic Organ Prolapse (POP) is an important problem for women which is usually found severely with quality of life disruption. POP manifested as the slip out of pelvic organs i.e. uterus, vagina, urinary bladder, and rectum followed with urinate and defecation disruption due to the weakening of pelvic floor muscles, ligaments, and fascia that support the uterine.

The prevalence of POP reaches 30-50% of women and increases with age. If pelvic floor dysfunction getting severe, surgery is needed. One of the most common hysterectomies in the United States is due to uterine prolapse, more than 300.000 operations of POP each year. The recurrence rate of POP is very high even after surgery [1].

Risk factors that affect the remodeling of pelvic floor after delivery trauma are age, occupation, BMI, parity, birth weight of the baby born that is more than 4000 grams, and menopausal status because they trigger gradual weakness of pelvic support system.

There is a correlation between collagen abnormality and the main component of the extracellular matrix/the repair mechanism that affects POP. Homeobox genes are a group of regulatory genes that directly affect the structural formation in embryogenesis. Homeobox plays an important role in the formation of female urogenital tracts. Choline expression from homeobox appears specifically in tissues. Homeobox A11 (HOXA11) gene is expressed in the lower uterine and cervical segments. Some studies show that HOXA11 is expressed in the sacrouterine ligament as the most important part of the pelvic support system.

Recently, POP patients are known to have a weak pelvic floor tissue due to changes in the signal produced by HOXA11. Previous study shows that expression of HOXA11 is reduced 75 times in POP patients compared to the control group.

This study was an observational descriptive study using cross-sectional design. The sample was women diagnosed with severe uterine prolapse (III and IV) at dr. Kariadi Hospital Semarang in the research’s period of time and one female sibling who doesn’t suffer from uterine prolapse.

The independent variable was HOXA11 variation obtained from cubital vein blood conducted a PCR examination followed by DNA sequencing, the dependent variable was the incidence of severe uterine prolapse based on POP-Q criteria. Some confounding variables from this research were age, body mass index, number of parities, history of delivery, birth weight of a baby ever born weighed in the first hour after birth, and menopausal status (no menstruation for 12 consecutive months).

The DNA primer from HOXA11 gene’s base arrangement from the preliminary study was:

In this research, the primers were used only from exon 1 HOXA11 that divided into 2 primers due to the length of the sequence measured in exon 1 from the primary optimization process.

The collected data were then tabulated in the computer and analyzed descriptively. Ordinal data were displayed as frequency and percentage. Numeric data are displayed as mean, standard, intersection, median, minimum, and maximum range. Patients' characteristics and the results of laboratory examination were entered into a Table 1 then analyzed whether there were differences in the base sequences of the HomeoboxA11 gene. Data analysis used the Chi-square and Mann Whitney test and was significant if p<0.05.

The study was done in the Obstetrics and Gynecology department of Dr. Kariadi Hospital Semarang during the period of January 2018 to April 2018. During the period, the samples were 18 patients with uterine prolapse diagnosed at outpatients in Dr. Kariadi Hospital Semarang with 18 female siblings and agreed to be included in the study. The sample was then divided into 2 groups, which is the case group (patients with uterine prolapse) and the control group (female siblings without uterine prolapse) [3].

From the patients’ characteristics, with paired T-test, the ratio of age distribution (p < 0.001), parity (p=0.012), the weight of the heaviest baby ever born (p<0,001), lightest baby ever born (p=0.014), dan menopausal status (p<0,001) of respondents between the case and control groups were significantly different (p <0.001) with a 95% confidence interval. While the comparison of the history of abortion distribution (p=0.213) in the case and control groups was no significant difference (p>0.001).

DNA sequencing results from HOXA11 DNA in patients with uterine prolapse and their female sibling's analysis focused on exon 1 HOXA11 with 2 pairs of primers. One exon was divided into 2 overlapping primers namely exon 1B and 2A [4].

Primary sequences used in this examination were:

There were patients with abnormal HOXA base sequences with the following details:

Figure 1. Patient had a piled base in reverse primer 2 sequence.

Uterine prolapse is a condition that uterus slips out of the place through the vagina due to the weakening of pelvic floor muscles, especially levator ani muscles, ligaments, and fascia that support the uterus, so that the uterus may descend and comes out of the vagina. The exact etiology is still unknown and is associated with physiological and traumatic events.

Age is closely related to the decrease in muscle tone and the elasticity of ligaments and fascia that support the uterus. In this study, the age of POP sufferers was higher than their siblings who don't suffer from POP. The mean age for prolapse is 61 years old. These results are in accordance with the POSST study in which there was a 100% increase in risk every decade of age, which is likely to be triggered by degenerative processes and reduced levels of the estrogen. Although many studies support age as a risk factor for POP, a meta-analysis found inconsistent results between studies, that 1 study showed age had no effect on POP events. Furthermore, the recurrence of POP increases if the patients suffer from POP under the age of 60 years old compared to those who suffer aged over 60 years old. This is due to heredity and disorder of collagen, muscles, and pelvic connective tissue’s elasticity that cause recurrence.

An increase in the number of deliveries is also associated with the incidence and degree of POP. In this study, patients with POP have a greater amount of parity than their siblings who don't suffer from POP. These results are corresponding with the study from the Oxford family planning study which states that the labor history of multipara can increase the risk of POP up to 8.4 times greater than those who are nullipara or primipara. Similar results were obtained in the study of POP in patients undergoing cesarean section, which found an increase in the incidence of POP in patients with a history of cesarean section compared with nulliparous patients. Meanwhile, the cesarean section mentioned having a protective effect against POP compared to patients undergoing vaginal delivery. In the case of recurrence, parity and complications during labor are not a risk factor.

The history of abortion in this study found no significant difference. This is corresponding with other studies which show that abortion is one of the risk factors that can occur in POP.

Menopause is also often associated with POP. In this study, the majority of samples with POP had been menopause compared to their siblings who don't suffer from POP. The duration of menopause was also found to be significantly different between the case and control groups. The increase of POP might be associate with a reduction in estrogen. This is inconsistent from the WHO study which examined the relationship between the estrogen replacement therapy and prolapse found that there was no relationship between the two.

The increase in BMI is also known to be a significant risk factor in the incidence of POP. The results showed that the case group's BMI is higher than the control, but it wasn't statistically significant. This is in accordance with a preliminary study which states the protective effect of BMI on the incidence of prolapse. Nonetheless, more researches suggest that BMI is a risk factor for prolapse. A study states that women who are overweight (BMI 25-30) or obese (BMI >30) have a greater risk of suffering from uterine prolapse.

Some patients with POP suffer a degenerative comorbid disease such as hypertension, diabetes, and Parkinson's, and significantly different between the case and control groups. The study by Whitecomb showed diabetes as a risk factor of POP degree II. This result is different from the study by Isik et al. which states that hypertension and diabetes are not a risk factor of POP.

Nowadays, some studies correlate the incidence of prolapse with genetic factor. For example, Buchsbaum et al. found an increase in POP incidence in women who had given birth and their sisters who had never given birth. Furthermore, research conducted by Altman et al. in identical twin patients (both monozygotic and dizygotic) found that genetic influences related to the incidence of POP by 40%. Genetic predisposition that occurs is likely to cause weakness of collagen in pelvic floor.

Homeobox (HOX) genes are a group of genes coding transcription factors that are important for the developmental process. The HOX gene has a role in many physiological and pathological processes of embryonic development. HOXA11 is a gene that affects the development of lower uterine and cervical segments. Furthermore, research conducted by Connell et al. also showed that mice with HOXA11 could not form sacrouterine ligaments. This shows that HOXA11 is an essential factor in the development of sacrouterine ligaments. A cohort study conducted on 18 POP women with 10 normal women showed a decrease in HOXA11 expression.

In this study, we sought to find out whether there were genetic variations in POP patients and their female siblings who don’t suffer from POP. This study was conducted by analyzing primers on exon 1 only because based on the data available in the exon 2 genetic variation ensemble is still not completely available. Genetic mapping in ensemble.org on HOXA11 found 1238 genetic variations. The primary selection is done after the optimization process by examining the genetic sequence in normal people. The primary sequences were different from the preliminary study because, in that study, primers taken were in the area of introns and far enough from the deletion mutations that can cause disruption of the sacrouterine ligament [5].

Based on the DNA sequences analysis, almost all patients with POP have a normal DNA sequence, and only one per three that showed an abnormality in the HOXA11 DNA sequence. In patients with abnormal sequence, there is a change in purine to pyrimidine compared to the control group. Based on this result, translation mutations are suspected, which may still result in changes in the quality of the sacrouterine ligament collagen. These findings indicate that abnormalities of HOXA11 are not genetically inherited. The findings in 2 patients with uterine prolapse from 18 samples that have different base arrangements compared to the control group can be concluded that it is still possible that this difference in HOXA11 results in the quality changes of collagen in the sacrouterine ligament.

This research is the first research with the aim to know the correlation between HOXA gene variation with the incidence of POP. This research has several disadvantages namely: the number of samples that are classified as small so we cannot determine whether the base change in the primary sequence that occurs is a mutation or is a genetic polymorphism (SNiPs), the type of cross-sectional study, and the founding of piled bases in HOXA11 DNA sequencing examination. The piling base is still possible as a finding of genetic variation or an artifact that may occur due to the quality of the sample at the PCR examination, which at the first PCR examination, the result cannot come out and PCR examination needs to be repeated for that sample. 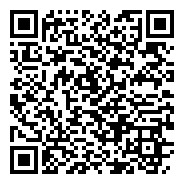