Materials and Methods: A total of 42 patients with a confirmed diagnosis of AIS were included in this retrospective study. DWI images were overlaid onto PWI images to obtain fused images using 3D fusion software. Two experienced neuroradiologists estimated the qualitative PDM using fused and paired images, respectively. The results were comparable to the results of volumetric-based PDM, which were obtained using semi-automated quantitative software.

Conclusions: The fusion images of DWI and PWI provided information comparable to the information provided by volumetric-based PDM. It took less time and hence might be an effective approach for IP selection in patients with AIS.

Rapid and valid assessment of Ischemic Penumbra (IP) is the key process to obtain a favourable treatment outcome for patients with Acute Ischemic Stroke (AIS). Majority of stroke centers calculated ischemic volumes of perfusion and diffusion for IP selection even though in acute situations [1-3]. Only few stroke centers used qualitative mismatch to select patients for clinical treatment decisions [4]. However, the volumetric-based Perfusion-Diffusion Mismatch (PDM) is not practical in IP selection in clinical scenario. Rapid assessment of PDM seems to be more suitable for the emergency requirements in patients with AIS’s. It helps neuroradiologists and neurologists in rapid diagnosis and treatment planning.

In recent years, more attention has been paid to multimodal medical image fusion owing to its increasing demand in clinical diagnosis and treatment of many diseases, such as surgery and image-guided radiotherapy [5]. Fused images can supply complementary information to make a more accurate and rapid diagnosis [6,7]. This study hypothesized that using fusion images of Perfusion-Weighted Imaging (PWI) and Diffusion-Weighted Imaging (DWI) can be a rapid and accurate method for qualitative PDM assessment in patients with AIS for IP selection. This method was compared with the volumetric-based PDM, which was used as the “gold standard.” Volumetric-based PDM is defined as a ratio of perfusion-diffusion lesion volume>1.2, which reflects the presence of clinical mismatch significantly [8-11].

We retrospectively retrieved data of 144 patients treated at our hospital with AIS from January 2013 and April 2015. Inclusion criteria were as follows: (1) Time from symptom onset to Magnetic Resonance Imaging (MRI) scan was less than 24 h, including PWI, DWI, T1-weighted (T1WI), and T2-weighted (T2WI) sequences; (2) Clinical symptoms such as hemiplegia or hemiparesis, with or without speech disorder; (3) Acute infarct in the territory of middle cerebral artery, which appeared hyperintense in DWI (b=1000 mm/s2) and hypointense in apparent diffusion coefficient map. Exclusion criteria were as follows: (1) Patients received thrombolysis or anticoagulant therapy before magnetic resonance imaging (MRI) scan; (2) Symptom onset time was not clear.

A total of 42 patients (25 males and 17 females) were enrolled in this study with the age range 38-84 y, median age 71 y, and average age 72.3 y. The clinical study protocol was ethically reviewed and approved by the Institutional Review Board of the Second Affiliated Hospital of Nantong University.

All images were evaluated using our Picture Archiving and Communication System (PACS). Volumetric-based PDM (Quantitative PDM):PWI and DWI images were analyzed by experienced neuroradiologists. The MTT map from PWI was selected for this study. It was considered to be more sensitive to ischemia in patients with AIS [12]. The experienced neuroradiologist measured and calculated the ischemic lesion volumes in MTT maps and DWI series using semi-automated quantitative software. First, the ischemic lesion areas were segmented slice by slice using a manual outline on MTT and DWI images. The hyperintense areas in DWI and the MTT prolonged areas were considered to be hypoperfusion regions. Excluding the artefacts, the areas in every slice were recorded. Second, the ischemic volume was calculated by multiplying all lesion areas by the slice thickness [13,14]. When the ratio of perfusion-diffusion lesion volume was >1.2, the patient was considered to have IP. The time consumed in volumetric-based PDM assessment for every patient was documented in all the aforementioned processes.

Visual PDM (qualitative PDM): Qualitative PDM assessment was divided into two subgroups according to images of different patterns. Pattern I was PWI and DWI fusion images (visual pattern I), and pattern II was paired images of PWI and DWI (visual pattern II). All the images were evaluated by two experienced neuroradiologists (more than 10 y experiences in imaging diagnostics) independently, who were blinded to the clinical information and calculated outcomes. The time consumed in qualitative PDM assessment for each neuroradiologist was documented.

A total of 42 patients were analyzed in this study. The time interval between symptom onset and MRI scan was less than 24 h. 19 patients were considered to have volumetric-based PDM because the perfusion-diffusion lesion volume ratio was up to 1.2 in these patients (Figure 1). 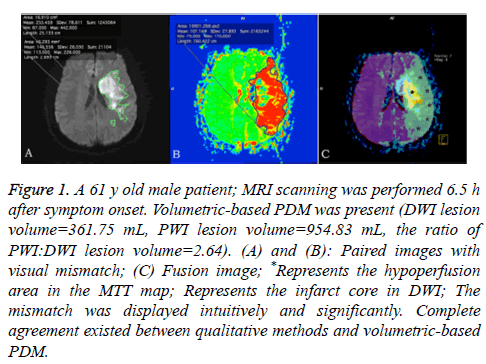 Table 1: Diagnostic value of the qualitative PDM in IP selection compared with the volumetric-based PDM.

The present study showed that the visual PDM through fused images was a signature of ischemic penumbra in patients with AIS. The visual PDM on fused images had a high consistency between the two observers compared with paired images. Some studies have investigated the visual PDM used for IP selection. Campbell et al. reported that the visual assessment of PDM had a lower inter-rater reliability [13]. It was not accurate enough for clinical decisions. The reason might be that the observers reduced the visual bias when they used the fused images in PDM assessment because single-modality medical images had their own scope and some limitations. The visual PDM could supply sufficient information for diagnosis or treatment. In this study, the MTT maps were used for assessment. MTT is a very good assessment tool for ischemic brain tissues [14]. Several studies have demonstrated the association between prolonged MTT and elevated oxygen extraction fraction [12,15]. The fusion images of MTT and DWI could reflect not only the ischemic lesions in DWI images, but also the hypoperfusion lesions in PWI images. These images reflected the qualitative PDM intuitively. They improved the diagnostic consistency compared with paired images for qualitative assessment.

This study also showed that the visual assessment of PDM was rapid; the evaluation time shortened significantly. Complex calculations were avoided because the fused images supplied intuitive images for IP selection. This was very important for patients with AIS. Previous studies showed that the real-time monitoring of PDM was useful in PDM assessment. It might be beneficial for rescuing more patients with ischemic stroke [16-20]. Moreover, the fusion technology is simple to implement, which may help inexperienced radiologists to make accurate judgments.

This study had certain limitations. First, it compared only the qualitative PDM assessment approach to volumetric-based PDM. The clinical outcomes when the qualitative PDM was used as a treatment target for thrombolysis were not explored. Prospective studies should aim to validate the effect in clinical scenario. Second, only the MTT maps from PWI were selected for image fusion in this study. They could not represent all PWI parameters. What roles the rCBV, rCBF, and TTP maps would play in fused images for PDM assessment requires further investigation. Third, the volumetric-based PDM was calculated using the semi-automated quantitative software. The manually drawn regions of interest may be without a stringent threshold. The automated quantitative software may improve the measurement accuracy in the future. Finally, this study was a retrospective observational study. The selection bias from the review approach could not be ruled out, and the sample size was small. A larger-sample study may be performed in the future to confirm the value of fused images in clinical applications in patients with AIS.

This work was supported by the grant of Science Foundation of Nantong (YYZ16015).