Cerebral Palsy (CP) is a term used to describe a collection of life-long mobility and postural abnormalities caused by non-progressive abnormalities in the developing fetus or infant brain [1]. It is the leading cause of physical impairment in children, with 2 to 3 cases per 1000 live births [2]. There are many routes, types, and degrees of cerebral palsy; the spastic type is the most common type of CP; representing 80% of the cerebral palsy population [3]. It affects the motor cortex and special area of the cerebral cortex that is responsible for planning and voluntary movements, as it is characterized by high muscle tone leading to stiffness of joints and jerky movements.

A population-based study examines the link between cerebral palsy subtype and functional motor disability [4]. Unilateral cerebral palsy accounts for 39% of the total CP population [5]. Children with Unilateral Cerebral Palsy (UCP), which affects mostly one side of the body, is usually more pronounced in the Upper Limb (UL). There are limitations in Upper Limb (UL) function (reaching, grasping, releasing, or manipulating objects, as well as coordinating both hands [6]. Children with UCP have been demonstrated to have deficiencies in motor representations involved in movement planning [7]. Many goal-directed therapeutic techniques, such as Constraint-Induced Movement Therapy (CIMT), Hand-Arm Bimanual Intensive Therapy (HABIT), intramuscular botulin toxin paired with therapeutic training, and Action Observation Therapy (AOT), have been employed to improve upper limb function in recent years [8-10].

There is an urgent need for treatments in neuro rehabilitation for both adults and children that take into account advances in basic neurophysiology. These methods should try to transfer concepts and facts from basic neuroscience to clinical practice, with the ultimate goal of developing neurophysiology-based tools and finding a treatment for a variety of neurological (and non-neurological) disorders and [11,12]. Action Observation Therapy (AOT) is a revolutionary rehabilitation method. It entails observing and then performing significant activities to imitate them. AOT is based on the neurophysiological fact that seeing a goal-directed movement engages the same neural substrate, known as the Mirror Neuron System (MNS), as physically performing the activity [13,14]. Mirror neurons are sort of visuomotor neurons that fires both after we do a particular motor activity and once, we witness another person performing the identical movement [15]. Thus, the current study aims to compare verbal-directed training (verbal cueing) and visual-directed training (visual cueing) on functional outcomes of the more affected upper extremity in children with unilateral cerebral palsy.

Thirty children with unilateral cerebral palsy of both sexes with ages ranging from 6 to 10 years and spasticity ranging between 1 and 1+ according to modified ash worth scale were recruited from the faculty of physical therapy, outpatient clinic at Cairo university.

Children caused with any previous UL surgery within last 2 years, or botulinum toxin injections within last 6 months before the baseline assessment. Either hearing or visual impairments were not selected. They were free from any psychological abnormalities, epilepsy, convulsions, surgeries, or injuries. Also, there are no musculoskeletal problems or impaired sensation or cognition. This comparative study was approved by the ethical committee, faculty of physical therapy, Cairo University (No:P.T.REC/012/003405). Informed written consents were obtained from the parents of all the participating children before recruitment in the study after explaining the procedures of the study.

Bimanual activities: The Assisting Hand Assessment Scale (AHA) was the first outcome measure and it had been evaluated at every point (before and after the treatment). The AHA assessed how effectively the more impaired hand was utilized in bimanual activities. Spontaneous use was evaluated during a semi-structured play session with standardized toys requiring bimanual handling. The performance was video recorded and scored afterward. The AHA is a criterion-referenced test designed for children with UCP aged 2.5 to 15 years old. It measures uni-manual capacity and had been proven valid and reliable for this population.

They were blocked and intensive therapy used by the way of planned and repeated practice of games and activities using two hands together to improve the quality of ADL in children with unilateral cerebral palsy. This practice performed for children from 18 months old to 16 years old. Bimanual therapy should be fun and motivating for the child.

Upper limb movement quality: The Melbourne Assessment scale (MA2) assesses UL movement quality using 14 uni-manual tasks, including 30 movement scores grouped across four subscales: the range of motion, accuracy, dexterity, and fluency. Each sub-score was converted into a percentage. The performance was video recorded and subsequently scored. The MA2 was measured at every occasion point (before and after the treatment).

In children with unilateral cerebral palsy there is limitation in grasping, reaching, transport, releasing and manipulation that will affect their ADL, participation and interaction with other people. So there was an urgent need to evaluate quality of movement of the affected upper limb in children with UCP.

Handgrip strength: Jamar dynamometer for grip strength is an instrument for measuring the utmost isometric strength of the hand and forearm muscles and it was introduced in 1954. It consists of a sealed mechanism with adjustable hand spacing’s that measures handgrip force in Pounds per Square (PSI). The dynamometer was used for testing handgrip strength and tracking improvements with strength training and through rehabilitation [16]. It was quantified by measuring the amount of the static isometric forces of the affected hand and forearm in UCP. It was done by squeezing around a specific calibrated dynamometer; Jamar dynamometer.

For treatment: We prepared fifteen video clips to be used for the visual-directed training group, each showed a selected daily action implying the utilization of the arms/hands, (i.e., grasping an object, employing a pencil, and fiddling with lego). All recorded actions were chosen among those which were familiar to children in line with their age. Within the videos, these everyday actions were performed by normal children, were recorded from different perspectives, to create the video clips more interesting and to sustain the eye of kids during the rehabilitation sessions.

Each action was subdivided into 3 or 4 constituent motor segments. As an example, eating candy was subdivided into taking the candy from the table, approaching it to the mouth, and giving it back to the therapist. Within the verbal-directed training group, we used identical structured actions; we prepared pencils, squares, candies, spheres, and different shapes. Children performed these actions guided by the therapist’s instructions only.

Effect of treatment on AHA, MA2, and grip strength

Our present study aimed to compare the effect of verbal training and visual training on functions of the upper limb in children with unilateral cerebral palsy. The results of our study showed that there was a significant increase in AHA, MA2, and handgrip strength of group B compared with that of group A.

Giovanni et al. found that children with hemiplegic Cerebral Palsy (CP) who treated with Action Observational Therapy (AOT) improved significantly in Assisting Hand Assessment Scale (AHA) and Melbourne 2 assessment scale (MUUL) when compared to controls; AOT improved functions of the impaired upper limb [6]. It showed also that AOT may be used for other clinical types of CP not only for hemiplegic CP. Another gain of AOT was that children learned how to keep attention at motor segments of the action they watched and then imitating it carefully. They also learned how to interact with people and environment around transferring their actions in daily living activities so gaining better results in their motor act [17].

Antonino et al. explained that AOT was an effective strategy to improve motor performance as it did not need strong cognitive effort from the child, it depended on the observation of an external action which in turn recruited MNS automatically; the child imitated the observed action [20]. So AOT was used to rehabilitate different neurological cases in adults and children as AOT leading to greater improvement in motor performance. The child also could imitate his less affected upper limb depending on the strategy that AOT was based on imitation of observed goal directed actions [21]. This study also showed that if there were different AOT models that would be good for several types of upper limb motor impairments.

Mauro et al. showed that AOT was promising treatment to improve functions of upper limb after stroke either in moderate or severe cases. In sub-acute stroke cases AOT improved functions of paretic upper limb leading to performing ADL independently. Application of AOT training was task oriented as the therapist could change the difficulty of training according to the functional level of the patients [22].

This study performed for upper limb and lower limb in adults and children with brain damage. It led to conclusion that AOT was an innovative tool in neurological rehabilitation as it improved activity and function domain of upper limb and improved function domain of lower limb also. This study put some recommendations for clinical practice of AOT as there should be time to spend in the observation of actions before execution; this was the core of neurological rehabilitation. Also there should be observation followed repetitions of motor act that observed in order to match the observed action with the performed one [23]. This study aimed to compare between effect of AOT with repetitions and repetitions alone on functions of upper limb in children with unilateral palsy. It did not demonstrate any significant difference between the two groups especially in children from 3 to 10 years old [24].

The purpose for this study was to evaluate and examine the effect of AOT on functions of upper limb in children with hemiplegic CP. This assessment was done at different durations of the intervention. For example some studies done for physical function and structure, activities, and participation; AOT had a significant improvement on grip power, hand function, activities, and participation in activity of daily living in hemiplegic CP children in comparison to the control groups [25].

Sgandurra et al. reported that AOT plus execution is more effective than execution alone in children with CP Buccino et al. found that AOT and action practice improved functions of upper limb in hemiplegic CP more than action practice alone [26,27]. In contrast, Kirkpatrick et al. found that there was no difference between AOT with repeated practice and repeated practice alone [28]. Kim et al. indicated that AOT was more effective than simple physical training to improve upper limb functionality. This improvement is due to the neural basis of AOT; motor imitation features of MNS [29].

Simon-Martinez et al. reported that combining Constraint Induced Movement Therapy (CIMT) with AOT was more effective than CIMT alone to improve upper limb functions. This supported the additional value of AOT [30-35]. Kim et al. supported the beneficial effect of AOT in improving grip strength and upper limb function in children with hemiplegic CP. Ryan et al.; this study used to examine the efficacy of AOT on neurological and musculoskeletal conditions. AOT proposed to be important to promote neural plasticity and motor learning. AOT was strongly added to rehabilitation programs for Parkinson and stroke patients but moderate needed for musculoskeletal conditions [36].

El-Wahab et al. and Hamed et al. explained that hand-arm bimanual intensive therapy combined with traditional therapy had positive impact on fine motor activities and hand grip strength of the affected upper limb in hemiplegic CP. There was significant improvement in the study group comparing to the control group which use traditional therapy only [38].

Our study concluded that both verbal and visual training improved functions of upper limb in unilateral cerebral palsy after 12 sessions of training for 4 weeks; there was an increase in AHA, MA2 and hand grip. But we found that visual training was more effective than verbal training to improve these functions. 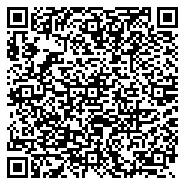