Background: Diabetic neuropathy is one of the major complications reported widely in type 2 diabetes. It affects all the sensory, autonomic and motor systems including auditory pathway.

Objectives: Present study is focused on functional analysis of auditory pathway by Brainstem Auditory Evoked Response (BAER) and with Pure Tone Audiometry (PTA) in type 2 diabetes. To compare the same in healthy individuals with euglycaemia.

Materials and methods: This is a cross sectional study, ten type 2 diabetic subjects were recruited as test group, age and sex matched ten healthy subjects were selected as control group. Inter wave peak latencies with BAER and pure tone averages with PTA for both the ears were recorded in test and control groups. Unpaired “t” test was carried out to compare the data, p value <0.05 is considered as significant.

Conclusion: The present study concludes that in type 2 diabetes inter wave peak latencies and pure tone averages were higher when compared with controls.

Diabetes affects the sensory, motor and autonomic nervous systems, including the auditory pathway. Uncontrolled diabetes causes difficulty in hearing [1] and Jardao first ever reported hearing loss in a diabetic patient [2]. Sensory neuronal deafness is observed in diabetes, particularly for high frequency sounds [3]. Globally 382 million people have diabetes and the number is set to rise beyond 592 million in less than 25 years. Currently 175 million undiagnosed diabetic cases are present across the globe and the number is increasing at a robust rate, a vast amount of people with diabetes are progressing towards complications unawares [4]. It is an established fact that diabetes effects the functional status of the endothelium and studies shows that there is sudden sensory neuronal hearing loss with endothelial dysfunctioning [5,6]. Type 2 diabetics with a familial history of diabetes are having low levels of nitric oxide, and this can damage the endothelium [7]. The glycosilated haemoglobin (HbA1c) and Pure Tone Audiometry (PTA) tests are gold standard [8,9] in monitoring the diabetic control and assessing the hearing threshold respectively. In the present study HbA1c concentration is measured to assess the glycaemic status. PTA and Brainstem Auditory Evoked Response (BAER) are used for the functional analysis of auditory pathway.

Functional status of auditory pathway is affected in type 2 diabetes.

1. To observe the effect of type 2 diabetes on inter wave peak latencies in BAER.

2. To illustrate the auditory threshold in type 2 diabetics with PTA.

3. To observe the glycaemic status by measuring the HbA1c levels.

Glycosylated haemoglobin was estimated on the basis of latex agglutination inhibition assay by using Rx imola automated analyser. Here the haemoglobin is hydrolysed by the enzyme protease in the haemoglobin denaturant reagent. The reported HbA1c result is calculated as a percentage of the total haemoglobin concentration (Randox, UK).

Hearing threshold was measured with PTA and is performed in a sound attenuated chamber. Pure tone audiometry was recorded with Elkon3N3 Multi Diagnostic Audiometer, Bombay, India.

Inter wave peak latencies in auditory pathway were recorded with Biologic Navigator Pro system, AEP Software version 6.3 (Natus Hearing, USA). Considering the test particulars, click stimulus with an alternating polarity was used at intensity levels of 80, 70, 60, 50, 40, 30 dB nHL. The filter setting ranges from 150Hz-1500Hz, with an epoch time of 10.26 ms and stimulus rate of 11.1/sec and 1024 sweeps of stimulus. 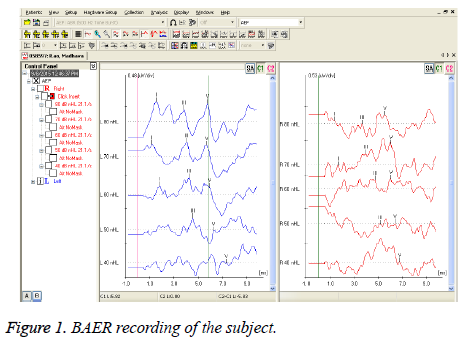 Figure 1. BAER recording of the subject.

Table 1. PTA thresholds in dB in control(C) and test (T) groups with mean and SD.

Table 2. BAER results in milliseconds in control(C) and test (T) groups with mean and SD.

Table 3. PTA Thresholds in dB in diabetic males (M) and females (FM) with mean and SD.

Table 4. BAER Results in milliseconds in diabetic males and females with mean and SD.

Mild hearing loss in both ears in test group is observed and earlier studies attributed this hearing loss to the effect of hyperglycaemia on the inner row of hair cells through altering the endolymph concentration by changing the secretion of striavascularis [24]. Some other studies have explained that in type 2 diabetes, hyperglycaemia causes thickening of the basilar membrane, demyelination of the cochlear nerve, and atrophy of the spiral ganglion [25] resulting in hearing loss. Increased intra neuronal glucose levels in the auditory pathway structures results in damaging them by enhancing the enzymatic activity of poly ADP ribose and that will result in alteration in the functioning of the auditory structures [26] and disrupt cochlear functions as well [27]. Diabetes also enhances the aging of auditory system [28,29]. At this juncture the present study is unable to explain the exact pathophysiological basis for the deafness but, all above mentioned changes might have attributable to the mild hearing loss. Cohort and prospective studies with larger sample size are helpful in further analysis of the effect of diabetes on auditory pathway.

Hyperglycaemia in type 2 diabetes affects the functional status of structures along the auditory pathway. Early diagnosis of increased strength of acoustic threshold stimulus and functional delay in auditory conduction that is increased inter peak latencies, definitely helps the patients in taking the prompt prophylactic and therapeutic measures. These precautionary measures will help in enhancing the quality of life and also delaying the further complications.

Research reported in this publication was conducted by scholars at the Fogarty International Center of the NIH training program under Award Number D43 TW 009078. The content is solely the responsibility of the authors and does not necessarily represent the official views of the National Institute of Health.