From genotype to gene expression to phenotype, there's a lot to learn.

People are learning more and more about genotypes, transcriptomes, and phenotypes, as well as the connections between them, thanks to advances in human genetics, computational biology, and bioinformatics technologies during the last two decades. Because more cohorts of data are now available for investigators to scan, the relationship between them has been discovered a lot.

People are learning more and more about genotypes, transcriptomes, and phenotypes, as well as the connections between them, thanks to advances in human genetics, computational biology, and bioinformatics technologies during the last two decades. Because more cohorts of data are now available for investigators to scan, the relationship between them has been discovered a lot. Genotype-Tissue Expression (GTEx) data sets, for example, cover the genotypes and expressions of over 500 hundred samples from over 40 tissues. RNA-sequencing and genotyping data from 1000 Genomes samples are included in the Genetic European Variation in Health and Disease (GEUVADIS) collection. Data for 922 whole-blood samples may be found in the Depression Genes and Networks (DGN) database. The Common Mind Consortium (CMC) collects genotypic and transcriptome information from 500 samples from Mount Sinai, Pittsburg University, and the University of Pennsylvania.

CMC is the world's largest dataset on the human mind to date. Meanwhile, the Stockholm-Tartu Atherosclerosis Reverse Network Engineering Task (STARNET) is a human multi tissue DNA and RNA dataset and biobank that includes 600 patients with coronary artery disease. There are certainly additional public databases and data sets for specific academic goals, such as The Cancer Genome Atlas (TCGA), which has expression data for a range of malignancies. People's understanding of human genotypes, phenotypes, and transcriptomes has increased as a result of the above-mentioned data sets, ushering in a new era of evolution in this subject.Meanwhile, more and more remains unknown in the field of phenotypes and genotypes, as well as the relationship between them, from the perspective of either biotechnology or molecular genetics. The functions of other so-called ‘omics' in the development of various features are likewise unclear. Epigenomics' effects on phenotypes via gene expression effectshave recently gotten a lot of attention. This brief editorial examines approaches for establishing links between genotype, gene expression, and phenotype. Genome-wide Association Studies (GWASs) have been effectively utilised to find thousands of genetic variations linked to complex traits and diseases. When studying genes that influence phenotypes, GWAS and the results can serve as an effective ‘media' to connect them. GWAS data also serve as a source of reference statistics for gene-level association studies. The so-called GWAS2 genes serve as a repository for information on how common genetic variations affect gene expression.

It's actually a fork of PrediXcan, which can infer transcriptomes based on genotype and symptoms. PrediXcan's basic idea is to train and acquire a database of predictors called PredictDB by using a cohort of genotype and gene expression data as well as a reference genome. The predictors might then be used to predict or impute unknown gene expressions using just the genotype data from the appropriate cohort. We were able to calculate expression values in silico using only genotypes, thus this method is promising. Due to the method's excellent accuracy, this approach will save a significant amount of money for a large cohort of data.

Pasaniuc et al. explore the strategies for dissecting the genetics of complex phenotypes using summary association statistics. Meta-analysis has advanced greatly in recent years in order to find pathways involving the transcriptome, genotype, and phenotype. Coloc allows systematic metaanalysis-style comparisons to be made across several GWAS datasets. Moloc is a coloc extension that can examine many qualities at the same time. Investigators can use the moloc online database to look for summary statistics from GWAS, eQTLs, and mQTLs. The method was applied to the biggest GWAS in schizophrenia, correlating risk loci with QTLs altering gene expression and DNA methylation in human brain tissue, demonstrating the value of this rigorous approach. 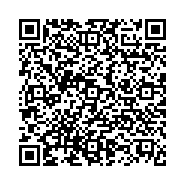