Frequency of hypocalcemia in jaundiced term neonates under phototherapy.

Background: Jaundice is most frequent situations requiring medical attention in neonate (involvev 60% full-term infants and 80% preterm infants in the 1st week after birth). Neonatal jaundice is the most frequent cause for hospital admission in the first 2 weeks of life. Light therapy is one of ordinary approach to treat hyperbilirubinemi. Phototherapy plays a signifying part in treatment and prevention of hyperbilirubinemia. However, this treatment form may lead to development of some complications such as induction of hypocalcemia. Objective: The goal of research is to estimate the outcome of light therapy on serum calcium in neoborne with hyperbilirubinemia who undergo phtotherapy and to find the relation between effect of phototherapy on serum calcium and gender, mode of delivery and type of feeding. Methods: Across sectional study was conducted at neonatal care unit at AlZahraa teaching hospital from January 2017 to December 2017. This study was conducted on 62 neonates (37 male and 25 female) with neonatal hyperbilirubinemia admmited in newborn nursery of either gender managed by phototherapy entered in this study, calcium level evaluated before and 48 hours after light therapy for all neonate under phototherapy and the tow values were compared. Results: There was statistically important decline of serum calcium and bilirubin after phototherapy as compared with serum calcium and bilirubin levels before phototherapy in this study (P<0.001). Four neonates evolved hypocalcemia (sr.Ca<8 mg/dl) no one had symptoms. There was no expressive corporation between decline serum calcium level and gender, mode of delivery and type of feeding. Conclusion: There is significant decrease in serum calcium after light therapy but risk of hypocalcemia is low in healthy babies. No expressive corporation founds between decline in serum calcium and gender, mode of delivery and type of feeding.

Jaundice is an important abnormality in the first week of life and it occur in nearly 60% of term and 80% of preterm neonates [1]. Even many jaundiced babies are well; it is a terrified thing because bilirubin is seriously toxic to the neonate brain [2]. Light therapy plays an important role in the treatment of jaundice in neonates. This type of therapy reduces the bilirubin level by changing it into water-soluble isomers that can be secreted without hepatic conjugation [3]. This type of treatment by itself leads to development of many complications [4]. Like diarrhoea, skin rash, flushing, dehydration, DNA damage, retinal injury, and bronze baby syndrome in cholestasis and hypocalcaemia, this can lead to severe side effects, like fit, jitteriness, and irritability [5].

Romagnol et al. implied relationships of hypocalcaemia and phototherapy in preterm infants equivalently, Hakanson et al. registerd same findings in neoborn rat [6,7]. There are few other studies on the hypocalcaemia affected by phototherapy [7-9].Done on animals, it has been theorized that phototherapy supress pineal excretion of melatonin, which obstruct the effect of cortisol on bone calcium. So, cortisol enhances bone calcium uptakes and activates hypocalcemia [10].Other reasons for this hypocalcaemia are decrease secretion of parathormone and increase calcium excretions in urine in treated groups [11,12].

Some researchers recommended giving calcium for this condition, but intravenous calcium therapy may cousebradycardia, cardiac arrest, and necrosis. Moreover, observing intravenous infusions of calcium is not easy because of the deficit of trained staff [4]. Light therapy caused increased bone calcium intake through irradiating the pineal gland and decreasing melatonin level [7]. There is some information that using of stockinet cap to cover the head prevents phototherapy-induced hypocalcemia [13]. The aim of research is to study the effects of phototherapy on serum calcium levels in neonates with hyperbilirubinemia .

A cross sectional study that carried out from the period of 10th of January to17th of December 2017 on term healthy neonates with hyperbilirubinemia admitted to AL-Zahra teaching hospital at AL-Najaf AL-Ashraf government. A total number of 78 term neonates were included in this study after application of the following exclusion criteria:

• Probable cases of neonatal sepsis depending on clinical criteria.

• Those with direct hyperbilirubinemia (conjugated bilirubin >20% of total serum bilirubin).

• Patient had an exchange transfusion.

• Those who their parents refused to participate.

• Neonates having documented hypocalcaemia prior to the start of phototherapy.

• Those with maternal history of anticonvulsant intake, preeclampsia or hyperparathyroidism.

Procedure: After getting written consent from the parents of each child included in the study and before starting phototherapy, complete history and thorough physical examination was carried. Gestational age assessed according to the ultrasound and modified Ballard scores [14].

A baseline investigations done for all neonates include complete blood count, blood group and Rh for neonates and mothers, direct Coombs test, serum bilirubin levels (total and direct), serum albumin and total serum calcium were performed. TSB was measured by drawing blood by heparinized capillary (Vitrex made in Danemark) tube by pricking the heal then centrifuged by centrifuge (Kokusan H-19F-Japan) with serial number 138660 with 1000 round/minute then placed in bilirubinometer (APEL/Japan). Serum calcium was measured by drawing one ml of venous blood sample from a peripheral vein without tourniquet and placed in a gel tube then processing start by centrifuge the blood sample by centrifugation device (Kokusan-Japan) with serial number 138660 with 1000 round/minute then the obtained serum placed in ChemWell®2910 chemistry analyzer. Another sample was drawn for the same investigation 48 hours after exposure to phototherapy. A total serum calcium below 8 mg/dl regarded as hypocalcaemia.

The data entered in the data based and analyzed by using the SPSS program (version 23 for windows 8.1). The descriptive analysis used to find the mean and standard deviation. Student t-test used for comparison with statistical significance of p-value<0.05, values less than 0.01 were considered to be highly significant.

Across sectional study on the effects of phototherapy is on serum calcium at admission and 48 hours after phototherapy. All cases of the study group presenting with neonatal hyperbilirubinemia were managed with phototherapy only and closely observed for the possibility of developing phototherapy-induced hypocalcaemia (Table 1).

The Tables 2 and 3 show the means of serum calcium and TSB and we find that there are statistically important differences as p-value (<0.001):

Table 2. Mean ± SD of Bilirubin levels before and 48 h after phototherapy.

Table 3. Mean ± SD of total serum calcium (mg/dl) before and 48 hrs after phototherapy.

Among 62 term neonates included in this study, 4 neonates (6.5%) develop hypocalcaemia (serum calcium <8 mg/dl) 48 hour after phototherapy. All neonates who developed hypocalcemia were asymptomatic. The other 58 neonates (93.5%) had normal serum calcium but statistically significant lower serum level when compared with result on admission as shown in Tables 3 and 4.

Table 4. Distribution of cases after phototherapy.

Regarding the gender which include 37 (59.7%) male and 25 (40.3%) female we found there is no statistically significant effect on the level of serum calcium as shown in Figure 1.

Figure 1: Effect of gender on serum calcium before and 48 hour after PT.

Also we found no statistically significant effect for mode of delivery and types of fee feeding on total serum calcium before and 48 hour after PT as shown in Figures 2 and 3. Figure 2: Effect of mod of delivery on serum calcium before and 48 hour after PT. Figure 3: Relations between types of feeding and serum calcium before and 48 hour after PT.

Jaundice is an important cause of NCU admissions and phototherapy is an important method of treatment in neonatal jaundice as described by Cremer etal. in 1953. But even safe methods had a complication like phototherapy. One of these complications is hypocalcaemia. Romagnoli was the first who recommended the relation between hypocalcaemia and phototherapy in preterm [15]. Hakinson et al. theorize that light therapy suppress pineal melatonin secretions which blocks cortisol effects on bone calcium [16,17].

Cortisol inhance calcium uptakes by bone that cause hypocalcaemia. In Bayomy et al. they studied phototherapy consequence on calcium level in neonates with and without head covering and they found that the serum calcium was statistically significant lower in neonates without head covering when compared to neonates with head covering [18]. In this research we found that after light therapy serum calcium level had decrease from the initial value. The mean rate of serum calcium before therapy was 9.26 ± 0.601 and mean rate of calcium after therapy was 8.52 ± 0.651. This devaluation in mean serum calcium was found to be statistically important place on t-test (p value<0.001). Yet 62% neonates had a decline in calcium only 4(6.5%) developed hypocalcaemia after treatment. These findings are equivalent with an Iranian review done by Taheri et al. noted that 7% of neoborn evolved hypocalcaemia after 48 hour of light therapy [19].

Reviewing of present study and some Iranian researchers like Thehari et al. and Karamafir et al. the result was much lower than the above-mentioned studies [20]. The difinetcouse for this discrepancy is not clear. One explanation might be that some researchers take small sample size that why they have a high prevalence of hypocalcaemia like Yadav et al. in 15 term neonate and Jain et al. in 20 term neonate.

It is unidentified whether other factors such as the type of fluorescent tube used, method of serum calcium evaluations etc., have alterd the results. In present study, there was no expressive corporation between decline in serum calcium and other parameters like gender, mode of delivery and types of feeding. Same findings were described by Manoj et al. and Karamafir et al. [20,24].

Placed on this study it is recommended that, even though the prevalence of hypocalcaemia is less there is an important decline in serum calcium in term neoborns undergoing light therapy, so it is preferred to measure S. calcium level in neoborns under light therapy for 48 hours or more. Were commend further and larger studies for estimation of prevalence of hypocalcaemia in phototherapy. 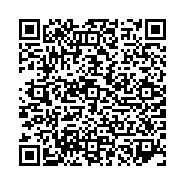