Premature birth is a serious medical, social and economic problem. Its consequences are multiple health complications leading to high neonatal mortality worldwide. Respiratory insufficiency and surfactant deficiency significantly increase the risk of developing Hyaline Membrane Disease (HMD) and other forms of Respiratory Distress (RDS). These are the most common causes of death in premature babies. In prenatal and neonatal medicine, new and adaptive prophylaxis is being implemented to reduce the risk of death of premature babies and reduce the development of health complications. The goal of effective corticosteroid prophylaxis is to reduce mortality, reduce complications in prenatal new-borns, and shorten their stay in neonatal and intensive units respectively. A retrospective study of 167 preterm infants was conducted, of which 89 (53.3%) had prophylaxis with dexamethasone. In 25 (15%) of preterm infants, there was a Hyaline Membrane Disease (HMD) and 101 (60.5%) developed other forms of Respiratory Distress Syndrome (RDS). The results obtained show that the incidence of HMD in preterm infants is mediated by the early gestational age and advanced age of the mother, and decreased by corticosteroid therapy.

Premature birth is not only a medical but also a serious socioeconomic problem. It is the most common cause of neonatal mortality in developed countries [1-6]. In Bulgaria, statistics show that 10-12% of all pregnancies end with premature birth. Despite the number of studies in this direction and the efforts made by obstetricians, the tendency to increase the number of preterm births has continued over the last decade [7,8]. Approximately 15 million premature babies are born every year [1]. One of the pathological syndromes of preterm infants is precisely related to lung development and is referred to as a Hyaline Membrane Disease (HMD). It is caused by a deficiency in the synthesis of surfactant combined with structural immaturity of the lungs. HMD affects 1% of premature infants in the world and is the leading cause of death in this patient group [9-11].

Respiratory distress syndrome is another common cause leading to death among premature infants [9]. In order to reduce the incidence of preterm births, adequate and specialized prenatal care is essential. They should be individually tailored and take into account the complex of risk predispositions for each particular case of pregnancy [7,10].

According to a number of studies on prenatal corticosteroid therapy, it is assumed that pre-birth steroids reduce the rate of death and morbidity in premature infants with very low birth weight [12,13]. In meta-analysis of corticosteroid prophylaxis studies, it was concluded that the intrauterine corticosteroid effect resulted in a 50% reduction in neonatal Respiratory Distress Syndrome (RDS) [3].

The purpose of this study is to determine the causes and incidence of HMD and RDS in preterm infants after prenatal corticosteroid prophylaxis of the mother.

A retrospective study is carried out at the clinic of Obstetrics and Gynaecology, University Multiprofile Hospital for Active Treatment St. George-Plovdiv, Bulgaria for the period from April 2015 to March 2016. A documentary method has been used primarily, with primary data on pre-term infants recruited from "Medical case history", "Maternal epicrisis" and "Newborn child's epicrisis". Two groups of new-borns are identified on the basis of available or absent prenatal corticosteroid therapy. Children whose mothers have a prophylactic corticosteroid administration are considered to be "cases" or a workgroup, and those without prenatal prophylaxis are "controls" or a control group. For the purposes of the survey, additional intragroup regrouping is carried out on the basis of some indicators: according to the gestational week in which the birth occurred, the new-borns are divided into: early premature born up to 32 gestational weeks and late prematurely born from 32 to 36 gestational weeks+6 d; whether or not a prophylactic corticosteroid course has been completed; the weight of newborns; living and died new-borns. For each patient an individual research protocol is completed-a questionnaire specifically designed for the purposes of the study. The data was entered and processed with the IBM SPSS Statistics Ver. 19.0 statistical package. For a significance level where the zero hypothesis is rejected, p<0.05 is taken.

167 preterm infants were examined, with the mean gestational week of birth being 32.42 ± 3.38. From the surveyed 89/53.3% are girls and 78/46.7% are boys. In 89/53.3%, prophylaxis with dexamethasone was performed. The highest is the percentage of cases with unfinished corticosteroid prophylaxis, i.e. one application was applied-45/51.1%, and the cases with finished dexamethasone prophylaxis represented the remaining sum of 2 and 3 applications-43/49.4%. In 25/15% of preterm infants, there was developed hyaline membrane disease, while 101/60.5% developed a different forms of Respiratory Distress Syndrome (RDS) (Tables 1 and 2).

Table 2. Premature infants with other forms of RDS.

Of the total registered preterm infants with some (other) health complications are nearly 2/3 of the new-borns-107/64.1% of the cases (Table 3). The 3.6% difference between new-born with RDS and those with all other disabilities shows that in preterm infants the respiratory system is primary damaged. Of the other established health complications in preterm infants, the most common complications are: transient tachypnea +hypoventilation+dyspnoea-13/12.4%. The following indicators by incidence (here as single complications) are pulmonary edema-10/9.5% of the cases and pulmonary hypoventilation, also at 10/9.5%. Further infection is present in 8/7.6% of new-born infants. In 6 new-born infants, polysystemic combined disorders were observed-apart from respiratory disorders, there was also intraventricular haemorrhage, and in one case RDS was associated with cardiovascular disorder. It should be noted that most of the new-born children have registered polypathology, which includes several damages of the respiratory system. In summary, pathology in 94.3% in preterm infants includes mainly single or combined respiratory disorders. The registered cases that have only extra-pulmonary pathology are a total of 6 cases: 4/3.8% of cases with acute kidney failure and 2/1.9% with cardiovascular disease. This relative part represents only 5.7% of all registered complications in preterm infants.

According to the data obtained, the risk to develop HMD of corticosteroid prophylaxis increases more than twice (OR=2.366 95% CI=0.937-5.094). As this result required additional analysis, we checked the average gestational week and maternal age depending on whether the new-born children have HMD and if there was applied a corticosteroid prophylaxis (Tables 5 and 6). It was found that new-born infants who have registered HMD were born 3.127 gestational weeks earlier than those who did not develop HMD (Table 5). Mothers whose new-born infants have HMD are 2.6 y older than those of whom the new-born children do not have the disease. Both differences were statistically significant (p<0.05), which also showed the significant factorial influence of the gestational week and the maternal age on the occurrence of HMD in preterm infants. Table 3 also shows that prenatal prophylaxis with dexamethasone was performed in those pregnant women who had given birth approximately 2 gestational weeks earlier compared to the gestational week of birth of infants without prophylaxis. The difference found was significant (p=0.000).

It was surveyed what is the average gestational week of birth and maternal age when combining: prenatal corticosteroid prophylaxis, presence or absence of HMD or RDS (Tables 7 and 8).

Based on the results obtained above (Table 7), a multifactorial logistic-regression analysis was performed to study the combined effect of gestational week of birth, maternal age, and dexamethasone prophylaxis on HMD. In this model it was found that in the combined effect of the three tested factors as independent remain the gestational week of birth and the mother's age with the following calculated risks for the occurrence of HMD (OR for gestational weeks of birth=2.686 95% CI=1.048-6,882; OR maternal age=4.130 95% CI=1.530-11.148). Dexamethasone prophylaxis loses its significant impact on HMD in this combined regression model, also taking into account a reduction in disease risk compared to the registered risk in the single factor regression analysis (OR=1.663 95% CI=0.642-4.306).

As a conclusion, it can be summarized that dexamethasone, despite the result obtained, is not really associated with HMD, and the actual causes of the result obtained in Table 1 are the earlier gestational week of birth and the advanced maternal age.

From the results so obtained, one-time application of dexamethasone (defined as a short-term course of prophylaxis) is likely to have a better prophylactic effect on HMD than two or three long-term prophylactic treatments. The combined influence of the indicators is analysed: completed or uncompleted course with dexamethasone and gestational week of birth on the HMD occurrence. Again as an independent factor remained the influence of the gestational week of birth and the completed course with dexamethasone lost its significant influence on HMD.

The preterm infants with hyaline membrane disease with dexamethasone prophylaxis were born averagely over than 3 gestational weeks earlier and their mothers being 4 y older than those whose new-born children do not have the disease. In preterm infants, the relationship between maternal age and dexamethasone prophylaxis and the presence of respiratory distress syndrome is maintained. 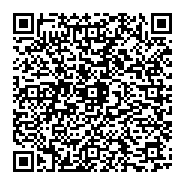