Formation of kidney stone and mechanisms of stone formation

Kidney stones form when your urine contains more crystal-forming substances such as calcium, oxalate and uric acid than the fluid in your urine can dilute. At the same time, your urine may lack substances that prevent crystals from sticking together, creating an ideal environment for kidney stones to form. Kidney stones can be caused by a variety of factors, including diet, excess body weight, various medical conditions, specific supplements, and drugs. Any component of your urinary tract, including your kidneys and bladder, might develop kidney stones. When urine becomes concentrated, minerals can crystallise and adhere to one another and frequently lead to stones.

Although passing kidney stones can be extremely painful, if they are caught early enough, they typically don't result in permanent harm. You might only need to take painkillers and drink a lot of water to clear a kidney stone, depending on your circumstances. Surgery might be required in other situations, such as when stones become trapped in the urinary tract, are linked to an infection, or result in problems. If you have a higher chance of getting kidney stones again, your doctor may suggest preventive care to lower your risk [1].

The process of creating a stone involves the nucleation of the crystals that make up the stone, their growth or aggregation to a size that can interact with an intrarenal structure, their retention within the kidney or renal collecting system, and then additional aggregation and/or secondary nucleation to create the clinical stone. The formation of the crystals, which may be caused by an increase in the excretion of stone constituent molecules, a decrease in urine volume, a change in urine pH, or a combination of these factors, occurs either in the renal tubular fluid or in the renal interstitial fluid that is supersaturated with respect to these constituents. Stone-forming individuals frequently have urine that is more highly supersaturated than normal, healthy adults, which promotes the nucleation and growth of crystals. The clinical stone is created over time by the accumulation of additional elements, both crystalline and organic matrix [2].

Depending on the type of stone, several mechanisms may be involved, although an excessively low urine volume is frequently present. These mechanisms may differ depending on the type of stone. However, despite current knowledge of the physical chemistry of stone formation, no single abnormality has been used to distinguish stone formers from normal people, and many stone formers lack an identifiable abnormality that would explain why their urine (or tubular fluid) has a tendency to nucleate stone constituents at lower levels of supersaturation, to support accelerated growth of the crystals formed, to allow crystals to adhere to one another (aggregate), or to form stones in the first place. In order to keep the discussion concise, when urine is used in this context, it is meant to refer to tubular fluid at a crucial location in the nephron where the activities under consideration are taking place [3].

Although typically urine is not calcium phosphate supersaturated, such circumstances may exist in the loop of Henle. This could cause calcium phosphate to precipitate in the inner medulla's interstitial areas. These deposits frequently become large enough to be seen macroscopically as Randall's Plaques. It has been suggested that these deposits serve as a nidus for the growth of the most common type of calcium oxalate stones. The Randall's plaque, which has eroded through the surrounding uroepithelium at the surface of a renal papilla, has been shown in some studies to have stones that appear to have been attached directly to it. While intratubular crystals and significant crystalluria are characteristics of stone disease, it is still unknown whether Randall's plaques are required in every stone that forms, even though they do appear to be a risk factor for stone formation [4].

Idiopathic hypercalciuria is a condition that affects many hypercalciuric stone-formers. Another essay will go into greater detail on this subject. The most frequent metabolic anomaly discovered in patients with recurring calcium stones is hypercalciuria, to put it briefly. It is typically idiopathic, hereditary, and heavily impacted by nutrition. In addition to having impaired renal tubular calcium reabsorption and poor bone mineralization, patients generally have increased intestinal calcium absorption. Some, but not all, researchers have connected the pathophysiology of this systemic problem in calcium transport in humans and hypercalciuric stone-forming rat models to an overabundance of vitamin D receptors. Additionally, there is proof that individuals with this disorder have base substitutions in a soluble adenylate cyclase on human chromosome 2, which is linked to increased intestinal calcium absorption [5].

Crystal nucleation, aggregation and/or secondary nucleation, fixing within the kidney, and additional aggregation and secondary nucleation are all steps in the complicated process of stone development. The balance of promoters and inhibitors that are not important inherited cystinuria, seem to explain stone formation, but none of them clearly distinguish the population that forms stones components of the clinical stones themselves, as well as the amounts of stone elements that present in tubular fluid and their concentration as modified by water excretion, all have a significant impact on these processes. All of these characteristics, with the probable exception of those who have from the population that does not, and there is a small percentage in whom no anomaly can be detected. 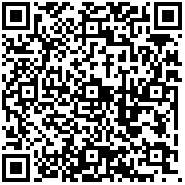