2Department of Endocrinology, the 401 Hospital of PLA, PR China

Falls is one of the most important problems for older persons, which usually causes the elder disability. The indication and prevention of the falls are one of the major concerns in the elder cares. Several risk factors and risk assessment tools including foot pressure for falls were investigated for the hospital inpatients. However, none of them is ready for popularizing in non-patients lived in common communities. Here, we intend to investigate the correlations between the foot pressure characters and the risk of falls in older persons (age ≥ 60 years old). 218 healthy elders without falling history lived in common communities were involved in this study and their pressure distribution of both feet during static standing was measured by Footscan USB2 system. Ultrasonic was used to measure the bone density of calcaneus to evaluate the osteoporosis. We found out that the individuals with osteoporosis showed abnormal local pressure increase compared to non-osteoporosis individuals. The falling occurrence was followed during the two years after the measurements. We found out that the individuals with abnormal pressure distribution, including significant pressure increase in the area of toes (without hallux), third and fifth metatarse, and the lateral arch (LA), and the asymmetrical pressure distribution between the two feet, showed higher fall risk than other individuals. The individuals with osteoporosis showed higher risk of falls. Our study suggested foot pressure measurement combined with osteoporosis screening as a powerful procedure to evaluation the fall risk in older non-patients lived in common communities.

Population ageing, which is a phenomenon that occurs when the median age of a country or region increases due to rising life expectancy and/or declining fertility rates. It is one of the most concern problems around the world [1-3]. Facing population ageing, fall prevention is a crucial public health concern, because falls occurred in more than one third of people aged over 65 each year, resulting in injury, disabled functioning, and mortality [4-6]. After falling, about 5% elders will undergo bone fracture; about 5-11% elders will have severe injury, which is one of the main lethal causes of the elders. The medical cost after the falling is about 6% of the total for the elders.

Falling is a multifactorial result relevant to environments, individuals’ physiological, pathological, and mental conditions. It was recognized that the factors leads to falling included the instability of gait, the disturbance of consciousness, the urinary incontinence or frequent urination, falling history, and administration of tranquilizer or hypnotics, etc. [4]. Targeted interventions and multifactorial fall risk assessment, environmental inspection along with hazard-reduction programs, and exercise programs are recommended to reduce the incidence and adverse consequences from falls [7-9]. However, recent investigations about fall prevention suggests that systematic fall risk assessment and intervention may only reduce a modest amount of the fall risk or fall incidence rates or may even be non-contributing [4].

Dozens of methods and scales were invented to evaluate the fall risk [10], including three most investigated scales - STRATIFY, Hendrich II fall risk model, and Morse fall scale [11]. However, most of these methods or scales were investigated for evaluating the fall risk of hospitalized elders. The investigations about evaluating the falling risk for elders live in the common communities are not conclusive. Here, by measuring the pressure distribution of pelma using Foot scan USB2 system combined with evaluating osteoporosis by calcaneus ultrasound, we found out that both abnormal pressure distribution of pelma and osteoporosis can be served as indicators for fall risk in non-patients in community.

Persons above the age of than 60 years old lived in the common communities (Qingdao, Shandong Province, China) were recruited as subjects in this study. 218 elders (105 males and 113 females) with no falling history were included. The demographic characteristics, including age, height, weight, and foot length were recorded and showed in Table 1. This study was approved by the Medical Ethics Committee of Affiliated Hospital of Qiingdao University (2015-12-30) and is in accordance with the recent principles of the Declaration of Helsinki. All patients received and signed the informed consent and were free to withdraw from the study at any time. 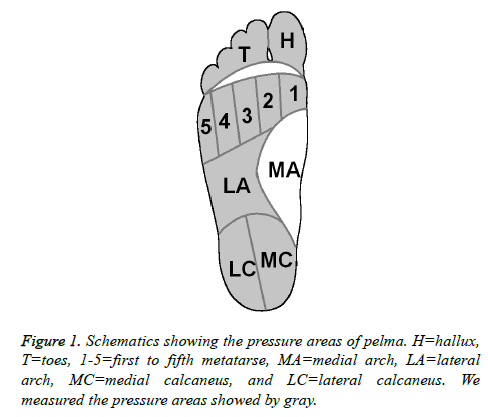 Table 3. Comparison of the falling occurrence in the following two years between different groups.

Table 4. Falling occurrence in the groups with different asymmetric score.

These results indicated that osteoporosis can change the pressure distribution on the pelma and increase the asymmetry, which may affect the balance of the elders and lead to falling. Facing aging societies, fall prevention is a critical public health concern [14]. The methods to evaluating the fall risk for elders are very important. An efficiency method must be fast and valid. Here, we introduce a method to evaluating the fall risk by measure the pressure distribution on pelma combined with osteoporosis diagnosis. We find out that the individuals with osteoporosis have higher risk of fall, which may due to the abnormal pelma pressure distribution after osteoporosis [15,16]. When we only see the pressure distribution on pelma, we found out that the pressure increase in the area of toes (without hallux), third and fifth metatarse, and the LA indicate higher risk of fall. Furthermore, the pelma pressure asymmetry is correlated with fall risk, which makes sense that the unbalance and the instability of gait is one of the main causes of falls. This study present a convenient method for the screening in common community, which can effectively indicate the fall risk and will greatly help elders prevent falls. In conclusion, the pelma local pressure can indicate the falling risk by pressure increase in specific areas and pelma pressure asymmetry. However, the extension of this foundation still needs further research with big samples and multi-center.