Extracranial seizures causes in animal and its affects on liver function

Idiopathic epilepsy is the most frequent cause of seizures in dogs. Extracranial seizures happen when a condition alters the brain's electrophysiology or metabolism. The entire cerebral cortex is typically damaged in extracranial occurrences of seizures, leading to a generalised seizure rather than a focal or partial seizure. Extracranial seizures are most frequently brought on by underlying renal, liver, electrolyte, or endocrine disorders such hypothyroidism, hyperthermia, toxins, or trauma.

Animals with epilepsy are affected by a set of neurological conditions that include seizures that are brought on by the brain's aberrant electrical activity [1]. They can last anywhere between a few seconds and a few minutes and start and stop quickly. Involuntary head and limb movements are the most common way to identify someone with epilepsy, although other signs include salivation, a lack of body functions, and anxiety. Animals frequently pass out and become unaware of their surroundings. Reactive, secondary, and primary epilepsy are the three forms that can occur in dogs. Metabolic problems, such as low blood sugar or kidney or liver failure, are the root cause of reactive epileptic seizures [2]. Secondary or symptomatic epilepsy is the term for epilepsy linked to a brain tumour, stroke, or other trauma. Primary or idiopathic epilepsy, which is only identified after ruling out other potential explanations for the seizures, has no known aetiology. Between the ages of one and three, dogs with idiopathic epilepsy experience their first seizure. However, one study discovered a cause for seizures in one-third of dogs between the ages of one and three, indicating secondary or reactive epilepsy rather than primary epilepsy, therefore the age of diagnosis is only one element in identifying canine epilepsy [3].

Seizures can have a variety of reasons, the most frequent underlying cause of seizures in dogs is idiopathic epilepsy, which is a hereditary condition. Other causes include poisons, brain tumours, kidney failure, liver sickness, and brain injuries [4]. Seizures frequently happen during periods of fluctuating brain activity, such as when a dog is excited, eating, sleeping, or waking up. The affected canines may appear completely normal in between seizures. Even though they may appear dramatic and violent, seizures are not painful. Despite being bewildered and perhaps afraid, dogs do not swallow their tongues during seizures. A dog is rarely in danger from having a single seizure, but if the dog has many in short succession or if a seizure lasts for more than a few minutes, the body temperature begins to increase. A serious and possibly lethal condition, status epilepticus [5]. It can be identified by a seizure that lasts more than five minutes. A dog may die or sustain irreparable brain damage if intravenous anticonvulsants are not administered right away to interrupt the seizure activity.

When the cerebral cortex of the brain malfunctions and loses control over the body, seizures might be quite mild or they can cause violent convulsions [6]. Dog seizures can occur infrequently or repeatedly, depending on the circumstances. Partial or focal seizures only affect a certain region of the brain on one side. Focal seizures can result in symptoms like twitching muscles, dilated pupils, hallucinations that make the dog snap at nothing or bite the air, as well as sudden onsets of coordination and movement issues. These seizures can be challenging to identify and are frequently viewed as odd behaviour. The most typical signs of generalised seizures, which affect both sides of the brain, are muscle contractions, jerking, or a rapid collapse and loss of consciousness. Both sides of the dog's body will be affected by these more obvious seizures. Dogs may bark, frequently chomp or chew their jaw repeatedly, and frequently salivate excessively, when convulsing, dogs frequently urinate. A seizure typically lasts between one and two minutes, however prolonged seizures can occur and need to be treated. 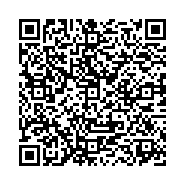