Objective: To investigate the expression of protein tyrosine phosphatase 1B (PTP1B) in serum of Polycystic Ovary Syndrome (PCOS) patients and its correlation with the Metabolic Syndrome (MS).

Polycystic Ovary Syndrome (PCOS) patients with ovulation or rare ovulation, hyperandrogenism, ovarian polycystic changes as the main performance, accompanied by a serious impact on the quality of life of metabolic abnormalities, such as obesity, insulin resistance, hyperinsulinemia, dyslipidemia and longterm cardiovascular disease. Clinically, PCOS patients can be seen with Metabolic Syndrome (MS) related performance. MS is mainly manifested as obese, accompanied by diabetes or impaired glucose tolerance, blood disorders, high blood pressure. PCOS and MS patients overlap with each other.

Protein tyrosine phosphatase 1B (PTP1B) is associated with most of the risk factors of MS, which is closely related to insulin signal transduction, type 2 diabetes, obesity, and lipid metabolism. PTP1B as a target for the development of PTP1B inhibitors for the treatment of diabetes and metabolic syndrome has opened up new areas and give patients a new dawn. PCOS and MS interact with each other, promote each other, a serious threat to the health of patients and quality of life. This study will discuss the expression of PTP1B in PCOS serum and analysis the relationship with MS, in order to provide new ideas and further evidence for PCOS and MS prevention, diagnosis and treatment.

A total of 63 patients with PCOS were selected from January 2010 to March 2011 at the Second Affiliated Hospital of Harbin Medical University. Among them, 15 PCOS patients were selected into a group complicated with metabolic syndrome (MS-PCOS group), aged 21-37 y; 48 cases of PCOS were selected into another group without metabolic syndrome (non-MS-PCOS group), aged 20-37 y. Genital examination and physical examination to exclude congenital adrenal hyperplasia, cushing syndrome, secretion of androgen tumors, hyperprolactinemia, acromegaly, premature ovarian failure and drug-derived (the use of androgen, sodium valproate, cyclosporine or other drugs). The control group (CK) of 21 cases, aged 20-36 y old, for healthy subjects, the normal menstrual cycle, was serum hormone test and uterine attachment B ultrasound examination to exclude polycystic ovarian changes. The selection criteria: waist<80 cm, blood pressure<130/85 mmHg, sugar-free lipid metabolism, no other acute and chronic diseases. Case diagnostic criteria: (1) PCOS diagnosis: in line with the 2003 Rotterdam meeting revised diagnostic criteria [1]. (2) Diagnosis of metabolic syndrome: the inclusion of patients in line with the 2005 International Diabetes Federation to develop a global consensus definition [2].

Fasting Serum Insulin (FIN), Follicle Stimulating Hormone (FSH), Luteinizing Hormone (LH) and Testosterone (T) were measured by Bayer's ADVIA CENTAUR Chemiluminescence Analyzer, which was produced by Japan's Dong Cao AIA Co., Ltd. Fasting Blood Glucose (FPG) using glucose kit (oxidase method), by the Shanghai Branch of Biological Engineering Co., Ltd. production. Serum PTP1B was measured by ELISA, and the kit was produced by R&D. ELISA method in strict accordance with the instructions. The linear regression equation of the standard curve is calculated according to the concentration of the standard and the corresponding OD value. The corresponding sample concentration is calculated according to the OD value of the sample on the regression equation.

The calculation of the correlation index

SPSS l9.0 statistical software was used for analysis. The results were expressed as the mean ± standard deviation (x ± s), and the normality of the test data was normalized without normal distribution. Variance analysis was used for comparison between groups. PTP1B, BMI, HOMA-IR and other related analysis was analyses by Pearson correlation analysis. P<0.05 or P<0.01 means statistically significant.

Table 1. The comparison of general cases. 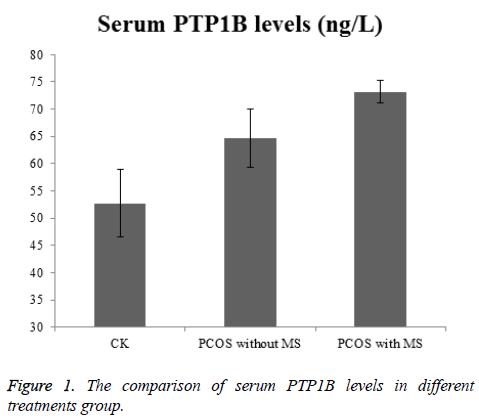 Table 3. The correlation between PTP1B and waist circumference, BMI, HOMA-IR.

The expression level of PTP1B is associated with insulin resistance. High levels of PTP1B expression in high glucose environment cells can reduce insulin tyrosine phosphorylation by more than 20%, and inhibit insulin-induced gluconeogenesis. The results showed that G-base insertion at the 3-terminal 1484 position of human PTP1B gene could increase the expression of PTP1B, and the genotype of the population was more likely to produce insulin resistance [3].

Polycystic Ovary Syndrome (PCOS) is caused by ovarian dysfunction caused by menstrual disorders or amenorrhea, anovulatory infertility, hyperandrogenism, obesity and other symptoms. Insulin resistance and compensatory hyperinsulinemia is an important pathological basis for abnormal glucose metabolism in PCOS patients and is a major factor in the development and progression of PCOS. Insulin resistance can be closely linked to PCOS at three levels: prereceptor level, receptor level, and post-receptor level, depending on the different stages of insulin-regulated glucose metabolism.

PCOS is often associated with central obesity, hyperinsulinemia, insulin resistance, impaired glucose tolerance or (and) type 2 diabetes, dyslipidemia and so on. These metabolic abnormalities are an important part of MS and diagnostic conditions, and in these two syndromes, these metabolic abnormalities have similar characteristics, it is necessary to recognize and actively look for the relationship between this two.

Of the 63 patients with PCOS collected in this study, 15 patients had PCOS with MS, and MS patients accounted for 23.8% of patients with PCOS, which were lower than those of PCOS patients in Asia [12] The diet and lifestyle are different from those of other Asian countries. Lin et al. [13] on the average age of (25. 6 ± 3.67) years of age in Guangdong, China PCOS patients were studied, the results showed that the incidence of MS was 14.16%, significantly lower than the results of this study, which may be vast with China, Different dietary structure of the north and south and the age of the study. The incidence of MS in patients with PCOS in China, the more accurate data to be a large sample of the population statistics confirmed.

In the study of the relationship between PCOS and MS, elevated androgen levels may also be involved in the pathogenesis of PCOS and MS. There is controversy about the relationship between hyperandrogenism and MS. Some scholars have suggested that hyperandrogenism is a risk factor for MS independent of obesity and insulin resistance [14]. There has been a large number of facts proved [15], hyperandrogenism and hyperinsulinemia on lipid metabolism abnormalities play a vicious cycle. However, there are also studies found that free androgen levels of different PCOS patients, the MS prevalence of no significant difference [16]. The results of this study showed that the experimental group than the control group of male and high, statistically significant (P<0.05), but PCOS MS group and PCOS group MS and androgen compared no significant difference (P>0.05) The Combined with the results of other scholars and the results of this experiment, suggesting that our androgen and MS in the end what kind of relationship need more research to demonstrate. The results of this study also see FSH, LH in the PCOS group than the control group, the difference was statistically significant (P<0.05), which may be PCOS patients with hormonal disease results.

Animal activity confirmed that fructose-fed mouse liver cells, PTP1B activity was significantly increased, apolipoprotein B and very low density lipoprotein microparticle synthesis increased [19]. And PTP1B gene knockout mice did not show very low density lipoprotein increased, suggesting that PTP1B has the role of promoting very low density lipoprotein secretion [20]. Analysis of the lipoprotein profile of PTP1B knockout mice showed that the content of apolipoprotein B in plasma decreased and its very low density lipoprotein content was downregulated [21]. Hyperglycemia obese mice treated with PTPlB antibody, the level of PTP1B in fat decreased, the degree of obesity decreased, the level of triglyceride in adipocytes was also affected, which was associated with down regulation of genes associated with adipogenesis [22]. Sterol regulatory element binding protein-1 (SREBP-1) is an important regulator of postprandial triglyceride levels. Shimizu and so on with fructose for 8 w, found that PTP1B and SREBP-1 mRNA expression levels were significantly increased; PTP1B in liver cells overexpression can promote SREBP-1, fatty acid mRNA synthesis. Studies have confirmed that PTP1B membrane localization is necessary for the expression of the SREBP-1 gene [23]. In addition, it has been found that PTP1B is associated with a series of lipid metabolism-related genes such as peroxisome Proliferator- Activated Receptor (PPAR) gamma, fatty acid synthetase and the like. The study also found that liver PTP1B activity can cause hypertriglyceridemia [24].

In addition, people's research on lipid metabolism is also increasingly concerned about the fat factor, and found that fat factor and PCOS relationship is very close. The adipokines are a class of cytokines secreted mainly by adipose tissue, including adiponectin, 1eptin, visfatin, resistin, tumor necrosis factor, TNF-α. Researchers have suggested that the reduction in serum adiponectin may be a central factor in the pathogenesis of insulin resistance in PCOS patients [25]. It has also been suggested that adiponectin is an independent risk factor for the pathogenesis of MS and is likely to play an important role in the pathogenesis of PCOS [26]. Zhang successfully cloned rat obesity gene and human homologous sequence using site cloning technique, and elucidated the protein product of obese gene-leptin [27,28]. Studies have shown that high insulin and insulin resistance in patients with PCOS may be the cause of elevated serum leptin levels, suggesting that there is not only insulin resistance in PCOS patients, but there may be leptin resistance [29]. Madhavi et al. confirmed that serum leptin levels in PCOS patients significantly increased, leptin and BMI also related to [30]. Vifatin This protein is highly expressed in human and mouse visceral fats. The levels of visfatin in patients with PCOS were higher than those in normal controls, and the levels of visfatin in PCOS group were positively correlated with BMI [31]. Studies of Kowalska et al. [32] showed a negative correlation between serum visfatin and insulin sensitivity in PCOS patients.

The above data show that the relationship between fat factor and PCOS is very close, and this also strongly confirmed the lipid metabolism in PCOS MS important role. Therefore, we study the relationship between PTP1B and PC in PCOS, and can fully understand the pathogenesis and related factors of dyslipidemia in PCOS, and further open up a new way for the prevention and treatment of PCOS and MS.

In summary, PCOS patients with elevated serum PTP1B levels, is caused by PCOS patients with insulin resistance is an important factor. At the same time serum PTP1B and MS certain factors such as obesity, fasting blood glucose, insulin resistance was positively correlated with serum PTP1B levels and the occurrence and development of MS. It is possible to better understand the intrinsic relationship between PCOS and MS and to predict the occurrence, development and prognosis of PTP1B by detecting the expression of PTP1B in serum, and to explore the relationship between the expression of PTP1B in the pathogenesis of PCOS and MS. Treatment of PCOS and MS provides new convenient and economical means of assisting.