Chorioamnionitis is an important cause of preterm birth, but its impact on postnatal outcomes is understudied. To evaluate whether fetal exposure to inflammation is associated with adverse pulmonary outcomes at 6 to 12 months’ chronological age in infants born moderate to late preterm. Infants born between 32- and 36-weeks’ gestational age were prospectively recruited (N=184). Chorioamnionitis was diagnosed by placenta and umbilical cord histology. Select cytokines were measured in samples of cord blood. Validated pulmonary questionnaires were administered (n=184), and infant pulmonary function testing was performed (n=69) between 6- and 12-months’ chronological age by the raised volume rapid thoracoabdominal compression technique. Diminished lung function during infancy after normal term birth predicts poor lung function up to 22 years later. These findings imply that factors affecting lung growth and/or function during fetal life may have a lasting impact on lung function later in life. One important fetal factor is prematurity. Of the roughly 11% of all deliveries born prematurely, 15% are born at less than32 weeks’ gestation, and 85% are moderate (32–33 wk) or late (34–36 wk) preterm infants. Moderate and late preterm infants have a higher morbidity and mortality than term infants. Although the association of early preterm birth (<32 wk) with later development of wheeze is well established, the association of moderate or late preterm birth with subsequent wheezing is reported in some studies but not others. A limitation of these studies is that the findings were based on retrospective review of databases. Furthermore, it is not clear if prematurity alone, conditions predisposing to prematurity, or comorbidities confer a risk for later development of respiratory disease, particularly wheezing. About 20 to 30% of late preterm infants and more than 50% of infants less than 30 weeks’ gestation at birth are exposed to chorioamnionitis, defined as inflammatory cell infiltration of fetal membranes. Thus, chorioamnionitis is a common fetal exposure that may in part explain the adverse respiratory outcomes of prematurity. Indeed, both prospective and retrospective studies found an independent association of chorioamnionitis in premature infants with subsequent wheezing. In animal models, chorioamnionitis can disrupt alveolar and pulmonary vascular development and modulate fetal/neonatal immune responses. Thus, chorioamnionitis and prematurity can compromise future lung function both via effects on lung development and via fetal inflammation. 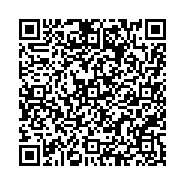