Explaining the association of genes in causing asthma by linkage and allelic analysis.

Asthma runs in families, and children with asthmatic parents are more likely to develop the disease. When counselling atopic families, the practitioner must be able to predict disease risk. However, given the extensive and ever-increasing knowledge regarding asthma genetics, this is not always a straightforward process. New genotyping technologies have made it feasible to sequence the human genome in great detail for asthmarelated variants, and as a result, the number of uncommon and common variants linked to illness risk has exploded in recent decades [1].

Within affected families, linkage analysis takes advantage of the fact that specific genetic locations or alleles on the same chromosome have a tendency to be inherited together, that is, to stay together during meiosis. The use of genetic markers (sequences of nuclear DNA with known locations in the genome) positioned along the chromosome is the basis of linkage analysis. If an illness is frequently transferred to offspring together with specific markers, it can be assumed that the disease-causing gene(s) is situated near these markers on the chromosome. Although multifactorial illnesses like asthma and allergies are regulated by several genetic loci acting in concert, the mechanism of inheritance at each of these loci can be reduced to Mendelian inheritance in this case [2]. As a result, the same concepts apply to the analysis of particular asthma and allergy genes as they do to the analysis of monogenic traits. Many areas of the genome linked to asthma and allergies have been discovered by genetic linkage research.

Linkage analysis, on the other hand, finds relatively big portions of the chromosome based on the genomic distance between markers, and such a huge segment of DNA can easily harbour ten genes of potential significance. The IL4, IL13, CD14, and SPINK5 genes, for example, have been connected to T cell activity and skin morphogenesis in numerous researches and are found in the 5q31–32 area, which has been linked to atopic illnesses in many studies. As a result, denser marker mapping (fine-mapping) or allelic association analysis is required to pinpoint the gene itself.

The traditional candidate gene method to association research is based on understanding of a gene's role in the control of a pathogenic process, such as mucosal cell repair or immunological systems. Genome-Wide Association (GWA) is a 'assumption-free' extension of allelic association analysis, in which many genetic variants, generally >500,000 SNPs, spanning the entire genome are evaluated for connection with a specific disease. Several GWA investigations of asthma and allergies have been undertaken, and a number of candidate genes have been found.

Asthma has been linked to over a hundred distinct genes, and the list is continuously rising. Asthma susceptibility genes are classified into three groups: 1) immune system function, 2) mucosal biology and function, and 3) lung function and disease expression. However, just because a gene has been linked to asthma in a single research does not mean there is a causal relationship between the gene and the condition [4].

The lack of replication of results from prior studies is a key issue in many genetic investigations of asthma. Only a subset of discovered genes has been linked to asthma in more than one study, and many people consider replication to be one of the most crucial characteristics of a gene's eligibility. Some genes, however, may be essential only in a subset of asthmatics, such as childhood-onset asthma, atopic asthma, house dust mite sensitive asthma, or occupational asthma, and so replication across various populations is not necessarily expected.

Furthermore, some genes are expressed only in specific environments, such as in children who grow up with a cat or in those who are exposed to passive smoking in their early years of life. The role of gene-environment interaction in asthma pathogenesis should not be overlooked; each gene's function should be considered in the context of a permissive environment.

A disintegrin and metalloproteinase 33 (ADAM33) was the first asthma susceptibility gene to be positionally cloned, which means that its exact location in the genome was determined before the function of the gene was known. ADAM33 is a gene that is expressed in bronchial smooth muscle cells and lung fibroblasts and is found on chromosome 20p13. It was found to be strongly associated to asthma and bronchial hyperresponsiveness when it was first discovered in 2002. Its importance has lately been expanded to include more subtle elements of asthma aetiology, such as airway remodelling, disease progression, and chronic obstructive pulmonary disease [5].

Filaggrin is a protein that aids in the maintenance of a healthy skin barrier. Loss-of-function mutations in the filaggrin gene, which is located on chromosome 1q21, have been linked to ichthyosis vulgaris and, more recently, atopic dermatitis. Atopic dermatitis affects up to 50% of people in Western populations, with mutations found in less than 10% of the population. It is the most powerful genetic factor of atopic dermatitis, with a four-fold increase in risk.

Furthermore, filaggrin mutations have been linked to allergic sensitisation, hay fever, and asthma, but exclusively in atopic dermatitis patients. Intriguingly, studies have discovered that a compromised skin barrier not only increases allergen sensitisation but also leads to systemic allergic responses like increased IgE levels and airway hyperresponsiveness, implying that allergen absorption through the skin of patients with atopic dermatitis is a prerequisite for the development of other allergic conditions like asthma and hay fever.

Molecular genetic studies of asthma have greatly aided our understanding of the disease's pathophysiology and natural history. Nonetheless, the overall endeavour has resulted in relatively sporadic, if any, novel asthma medications or adjustable choices. Asthma is now known to be regulated by a number of genes, each of which contributes just a little amount to illness risk. 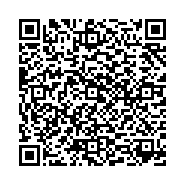