Exercise performance and anti-fatigue effects of the meat extract of the African catfish, Clarias gariepinus (Burch ell, 1822) on albino mice.

Different natural compounds are important to mitigate the effects of fatigue and enhance exercise performance, out of which soup of fish is the basic one. The soup of fish has so many benefits including anti-fatigue, exercise performance enhancement and anti-thrombic effects. Thus, knowledge that describes the anti-fatigue effect and exercise performance enhancement of the extract of fish is necessary for its ultimate utilization and commercial use. Fillets of African catfish were collected between May and June, 2018 from Lake Koka. Extraction of the soup was done immediately using boiled water following standard methods. The hot water extract of the meat of African catfish significantly improved (p<0.05) physical exercise, fore limb and hind limb muscle densities, swimming endurance with time, fore limb grip strength and biochemical parameters in mice and hence indicated potential reduction in fatigue development. Although, the extract was found to decrease the triglyceride and cholesterol levels which is important to improve exercise performance in mice, further studies are recommended to elucidate the precise mechanisms of the extract in reducing triglyceride and total cholesterol levels

Fish is highly nutritious with balanced amino acids, minerals and vitamins and can be eaten in various ways to use the various nutrients that it contains of the cooking/preparation, tonic soup using hot water extract is the basic one associated with many health benefits. Traditionally, people have been using the tonic soup extracted from fish for medicinal purposes including relief from cough, cold and also to gain physical strength to work actively [1].

Results from some studies revealed that the soup extracted from fish has anti-fatigue effects and improves physical exercise [2]. Fatigue causes tiredness or exhaustion which is becoming a growing focus for clinical research by health professionals with the recognition that it is a legitimate and discrete phenomenon experienced by many people [3]. It can also cause various disorders of the bio regulatory, autonomic nervous system, endocrine, and immune systems [4]. The soup of fish is associated with the elimination of fatigue and improvement of physical exercise as studied by some authors [5]. Having all these negative side effects in human health, it is necessary to investigate the natural anti-fatigue compounds without adverse effects to improve physical activity and athletic ability, postpone fatigue and accelerate the elimination of fatigue in human beings. It is a general belief among traditional people of Ethiopia that the soup from African catfish helps them to get relief from stomach disorders [1]. Therefore, this study was conducted to generate baseline data on the assessment of the anti-fatigue and exercise improvement effects of the hot water extract of African catfish, Clarias garipinus from Lake Koka, Ethiopia.

The fillets of African catfish (6 kg) collected from the Lake Koka between March and July, 2018 were packed in an ice box and were transported to Food science and Nutrition laboratory of Addis Ababa University. In the laboratory, the samples were immediately washed and extracted using 20 L boiled water at 92 oC. Then, the extract was filtered using 2 mm sieve followed by 0.4 mm mesh-size sieve. The filtrate was then centrifuged for 15 minutes at 3000 RPM (China, 800 D Model). The middle layer was then collected by removing the residue and oily layers. The final extract in a falcon tube was kept at -20 o C in a refrigerator until further analysis [2]. The experiment was done for seven consecutive days.

Crude protein content and total concentration of the extract were determined Kjeldhal method according to the AOAC protocol [6]. Normal saline (0.9%) was bought from pharmacy in Addis Ababa, Ethiopia and Octacosanol tablet was obtained from Ferngrove pharmaceuticals Pty, Ltd., Sydney, Australia. The final concentration of Octacosanol was adjusted to 3.33 μg/10 μl per gram of body weight.

Statistical analysis was done using student’s t-test. All of the animal experiments were done with a minimum of 10 mice per group. Values are reported as mean ± Standard Error (SE). Sigma plot version 11 software was used to describe results in graphical presentation Table 1.

Table 1. Effect of African catfish hot water extract on serum glucose, urea, triglyceride, HDL, LDL, cholesterol and creatine kinase level one hour after the swimming test on the 7th day of the experiment.

Mice fed with African catfish extract (soup) and octacosanol (OC) had no significant difference in their body weight when compared with the saline (NS) group in all the experimental days. Although significant difference in body weight was not attained in all the experimental groups, a slight increase in body weight was observed among the three experimental groups as compared with day 0. A similar study by Harwanto indicated that there was no significant change (p>0.05) in body weight in mice fed with hot water extract of soft shell turtle and leather carp, respectively [7]. This is mainly due to the fact that mice were allowed to swim for at least 6 minutes and this does not allow accumulation of fat which gradually increases body weight Figure 1 and Figure 2. 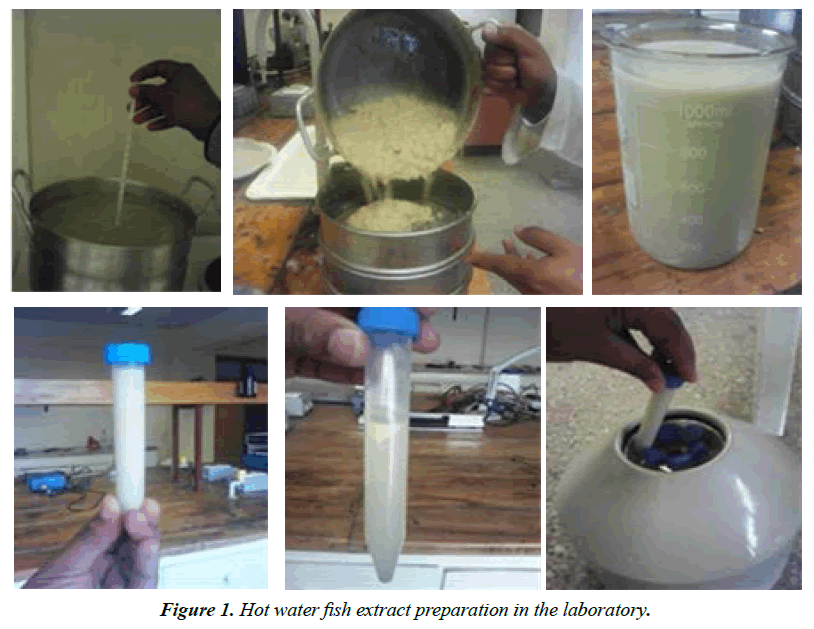 Figure 3: Effect of African catfish meat hot water extract on the forelimb grip strength of mice orally administered the extract once per day for 7 days at a dose of 0.4μg/10μL protein concentration per gram of body weight. Octacosanol (positive control) was given at a dose of 3.33μg/10μL per gram of body weight. ** mean values are significantly different at P< 0.001 compared with NS (between the groups).

Glucose, urea, triglyceride, High Density Lipoprotein (HDP), Low Density Lipoprotein (LDL), total cholesterol and creatine kinase were the biochemical tests analyzed from the blood of the mice. The homeostasis of blood glucose level, a break down product of skeletal and liver glycogen, plays an essential role during prolonged and strenuous exercise. In the present study, mice orally administered with the meat extract of African catfish showed a significant increase in blood glucose levels compared with the normal saline administered group of mice. This increase in blood glucose level may be one pathway to improve physical exercise performance and mediated anti-fatigue effect Figure 4.

Figure 4: Effect of African catfish hot water extract on the swimming endurance of mice orally administered the extract once per day for 7 days at a dose of 0.4μg/10μL protein concentration per gram of body weight. Octacosanol (positive control) was given at a dose of 3.33μg/10μL per gram of body weight. Data are presented as mean ± SE (n =10), ** mean values are significantly different at p< 0.001 compared with day 0 (within a group).

High intensity exercise could physically or chemically cause tissue damage. It can also cause sacromeric damage and muscular cell necrosis [8]. As a result, cells release specific proteins such as Creatine Kinase (CK) and yoglobin into the blood as muscular damage indexes. Clinically, CK is assayed in the blood tests as a marker of myocardial problems, rhabdomyolysis (severe muscle break down), muscular dystrophy, autoimmune myositides and acute renal failure [1,8]. In this study, serum creatine kinase level was significantly higher in the normal saline than the fish extract and octacosanol fed mice groups. This explains the potential of the extract and octacosanol to improve physical exercise performance and reduce fatigue to a minimum level.

Blood urea level is another biochemical index associated with physical fatigue. It is formed in the liver as the end product of protein and amino acid metabolism. The urea level reflects kidney function, although many other factors affect its level, including protein breakdown, dehydration, stress, and fatigue [9]. After prolonged physical activity, blood urea levels normally increase. Upon giving mice the fish extract, urea levels remained as low as 92% compared to the control group. This suggests that the fish extract prevents protein catabolism, even during intense physical exercise, which reflects enhanced endurance. The catfish extract increased the exercise performance of mice, probably in part, by increasing fat utilization via decreasing triglyceride levels (to 66.6%) in blood. Although the mechanisms by which the extract decreased triglyceride and cholesterol levels are unclear, the effect might be beneficial during prolonged exercise, because better utilization of triglyceride might spare glycogen and glucose [10,11]. As a result, the extract prevented the onset of fatigue.

Results from the present study indicated that the fish extracts caused significant increase in HDL and significant reduction in LDL, total cholesterol and triglyceride probably due to the better utilization of fat to enhance exercise performance by decreasing the lipid components. Similar findings were reported by Harwanto in South Korea [5]. The triglyceride/ HDL ratio is a better predictor of coronary arterial disease than lipid alone, and a stronger predictor of myocardial infarction than classical atherogenic indices (LDL: HDL) [12].

In general, muscle weakness is clearly associated with lower muscle mass and muscle quality is an important indicator of muscle function [13]. Hormone supplementation, nutritional interventions, strength and exercise training are most often used to increase muscle mass and strength [14]. Low muscle density has been associated with greater risk of functional limitation, poorer strength and worsens metabolic function [15]. In the present study, mice groups fed with the catfish extract and Octacosanol (positive control) were found with greater muscle density than the normal saline fed mice (control group).

The study indicated that the soup extracted from the meat of Lake Koka African catfish has a positive effect on the exercise performance improvement and fatigue related parameters when compared with the negative control groups. This positive effect might come from the presence of protein, terpenoids, polysaccharides and anti-oxidative property of the hot water extract of the fish. The extract significantly improved physical exercise performance, forelimb and hind limb muscle densities, swimming endurance with time, forelimb grip strength and blood biochemical parameters in the mice. Thus, the extract indicated potential reduction in fatigue development.

The study was funded by Austrian Development Cooperation through the Aquatic Ecosystems and Environmental Management program and it was very well accredited. Dr. Tadesse Fetahi and Dr. Paulos Getachew, Addis Ababa University and Professor P. Natarajan, Hawassa University deserve special thanks for commenting on the manuscript.