Evidence from grapheme-colour synaesthesia for the numerical abilities of young synaesthetes.

Synaesthesia is a condition in which a mixing of the senses occurs; for example, sounds trigger the experience of colour. Previous reports suggest this may be familial, but no systematic studies exist. In addition, there are no reliable prevalence or sex-ratio figures for the condition, which is essential for establishing if the reported sex ratio (female bias) is reliable, and if this implicates a sex-linked genetic mechanism. Two independent population studies were conducted in the city of Cambridge, England (studies 1 and 2 here), as necessary background to the family genetic study of synaesthesia (study 3). Studies 1 and 2 arrived at an almost identical prevalence rate for synaesthesia: approximately 1 case in 2000. The sex ratio found was 6:1 (female: male). A third of cases also reported familial aggregation. In study 3 six families were examined, and first-degree relatives were tested for genuineness of the condition. All six families were indeed multiplex for synaesthesia. Alternative modes of inheritance are discussed. Keywords: Synaesthesia, Inheritance, Senses, Hippocampus, Metaphors.

Synaesthesia has been described as a perceptual phenomenon that creates a ‘merging of senses’. Therefore, academic treatments have focused primarily on its sensory characteristics and similarities with veridical perception. This approach has dominated, despite parallel work that has suggested conceptual influences are involved, including data that show a large number of synaesthetic variants are triggered by linguistic symbols (e.g. words). These variants are the focus of a novel subfield that applies psycholinguistic methodology to the study of linguistic synaesthesias. This approach is redefining notions of synaesthesia and of the interplay between perceptual and non-perceptual systems, in addition to informing general theories of language. This review examines the emergent field of linguistic synaesthesia research and the broad range of linguistic mechanisms that are implicated [1].

People with synaesthesia show an enhanced memory relative to demographically matched controls. The most obvious explanation for this is that the ‘extra’ perceptual experiences lead to richer encoding and retrieval opportunities of stimuli which induce synaesthesia (typically verbal stimuli). Although there is some evidence for this, it is unlikely to be the whole explanation. For instance, not all stimuli which trigger synaesthesia are better remembered (e.g., digit span) and some stimuli which do not trigger synaesthesia are better remembered. In fact, synaesthetes tend to have better visual memory than verbal memory. We suggest that enhanced memory in synaesthesia is linked to wider changes in cognitive systems at the interface of perception and memory and link this to recent findings in the neuroscience of memory [3].

This suggests that synaesthesia uses the same (or an analogous) mechanism of exogenous cross-modal orienting as normal perception. Overall, the results support the conclusion that this form of synaesthesia recruits some of the same mechanisms used in normal cross-modal perception rather than using direct, privileged pathways between unimodal auditory and unimodal visual areas that are absent in most other adults [4]. A neurological condition known as grapheme-colour synaesthesia results in permanent colour associations with letters and numerals. Studies on synaesthesia have revealed distinctions between synaesthetes and non-synaesthetes that go beyond the phenomenon of synaesthesia itself (e.g., differences in their cognition, personality, and creativity). Little is known about the characteristics of young synaesthetes because this study has largely been limited to adult synaesthetes. Although differences in mathematical skill are unclear, most data point to benefits. While some studies demonstrate benefits others point to challenges. In this study, we examined the numerical cognition of a sizable sample of kids who had grapheme-color synaesthesia [5]. 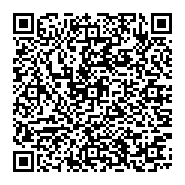