Background: Early and accurate diagnosis of malaria followed by prompt treatment is crucial to reduce morbidity and mortality in endemic regions. Presumptive treatment of malaria is widely practiced where microscopy or rapid diagnostic tests are not readily available. Introduction of rapid diagnostic tests (RDTs) for the treatment of malaria needs prior evaluation of their performance relative to reference methods. Hence, this study evaluated the diagnostic capacity of GENEDIA® Malaria Pf/pan Ag Rapid Test relative to blood smear for P. falciparum and P. vivax malaria in Ethiopia.

Methods: This was a cross-sectional study conducted from November to December 2014 on malaria blood samples collected from symptomatic patients who visited malaria control center in Adama, Oromia Region, Ethiopia. Thick and thin malaria blood films stained by 10% Giemsa working solution were examined microscopically under 100x magnifications for Plasmodium detection, species identification and determination of parasitaemia. The RDT was performed as per the manufacturer’s instruction.

WHO recommends parasitological confirmation of malaria through quality assured diagnosis in all settings before the start of treatment [1,2]. Treatment solely based on clinical suspicion should only be considered when parasitological diagnosis is not accessible [2]. Early diagnosis of malaria allows early implementation of effective therapy, thereby reducing morbidity and mortality. Microscopy of Giemsa-stained thick and thin blood films by skilled microscopists remain the standard laboratory method for the diagnosis of malaria; however, it needs expertise and electricity [3]. So commercially available RDTs may yield more accurate and fast results in remote areas with inexperienced professionals [4,5].

Malaria RDTs detect Plasmodium parasites in blood by an antibody-antigen reaction on a nitrocellulose strip [4,5]. This strip can be available as a self-standing strip or be embedded in a plastic cassette or occasionally in a cardboard format. Reactions on the nitrocellulose strip are visible as Cherry-red lines [6]. There are different RDTs that can be used to diagnose P. falciparum and other non-falciparum Plasmodium species. Malaria RDTs are qualitative immuno-chromatographic tests for the detection of antigens against all isotypes (IgG, IgM, IgA) in human serum, plasma or whole blood [6]. In different studies, RDTs incorporating the histidine-rich protein II (HRP2) and parasite lactate dehydrogenase (pLDH) antigens [7] have been compared and evaluated for their sensitivities and specificities in various epidemiological settings [8].

Different RDTs that have been evaluated in Ethiopia and in other parts of the world [9-12] showed good sensitivity and specificity of the devices in diagnosis of malaria. The GENEDIA® Malaria Pf/pan Ag test is a rapid and simple serological assay for qualitative determination of Pf specific HRP-2 and pan specific pLDH antigens in human whole blood which has not been evaluated for its performance in Ethiopia. Therefore, this study assessed the performance of GENEDIA® Malaria Pf/pan Ag test for the detection of P. falciparum and P. vivax infections in the Adama malaria control center, which is located in malarious areas of Oromia Regional State of Ethiopia.

Clinically malaria-suspected patients were diagnosed using blood smear microscopy and malaria RDTs at the same time. After obtaining the consent of participants, finger prick blood was taken from each febrile patient at the malaria control center and from individuals selected from St. Paulos referral Hospital (Negative controls).

Microscopic examination: Thick and thin blood smears were prepared for each participant on a single slide by using finger prick blood sample. Blood smear was air-dried and stained for 15 minutes with 10% Giemsa working solution, after the thin film was fixed with methanol. The blood films were microscopically examined under oil immersion objective. Parasitaemia was determined from thick smear while species identification was identified from thin smear. A minimum of one hundred high power fields was examined on a thick blood film before declaring a negative result. Parasite counting was done against 200 WBCs and multiplying by 8000 standard WBC count based on the guideline set by WHO. Discrepancy between the first and second microscopic readings was settled by a third senior microscopist whose readings were considered final [14,15].

GENEDIA® malaria Pf/pan Ag test: GENEDIA® Malaria Pf/pan Ag was conducted following the manufacturer’s instruction. Both the RDT device used and the BF slide, for each study subject, were labeled with similar identification code. 5 μL of fresh blood sample was added onto the sample pad of test device, followed by adding 4 drop of the assay diluents and finally the result was read within 20 minutes. The result was declared positive for the presence of pink bands in both the control and test lines (T1: P. falciparum; T2: P. vivax); and negative when pink color was appeared only on the control line. Mixed infections for P. falciparum and P. vivax was recorded when a control band and two test areas (T1 and T2) bands appeared pink concurrently. The test was considered invalid when no pink band appeared on control line, irrespective of the test line bands. 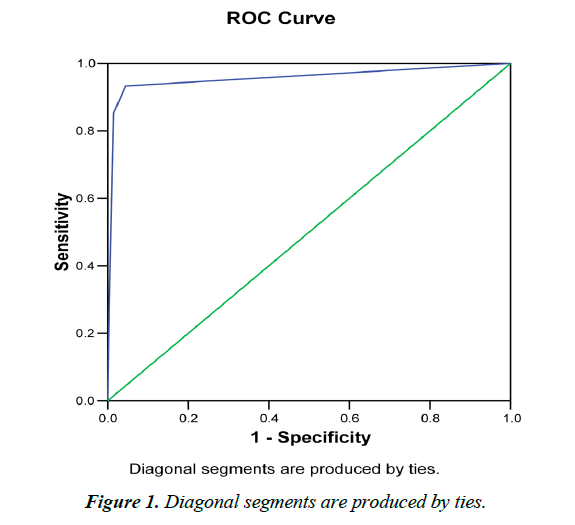 GENEDIA® Malaria pf/pan Ag Test, a new alternative rapid diagnostic test, showed a sensitivity of 95.3% and specificity of 96.6% referred to microscopy in the current study. The performance of GENEDIA® RDT was quite higher compared to the previous RDTs in Belgium and Afghanistan [16,17] and almost similar to the finding from a study done in Malawi [8].

The high sensitivity of the GENEDIA® might have also been associated with the high parasite density. In the present study, parasite density was greater than 100 parasites/μL of blood as determined by the microscopic examination of the thick film.

The level of parasitemia, suggest the need to improve the quality of the test inpatients suffering from malaria with low parasitemia.

The specificity of GENEDIA® Malaria Pf/pan Ag test observed presently for diagnosing P. falciparum and P. vivax was also relatively higher than the specificity of similar RDT reported somewhere else [7,16]. The study done in Madagascar shows similar finding [19]. Highly sensitive rapid test can have low specificity and this situation is more commonly seen by the post-treatment persistence of HRP2 for about 1.5 month in P. falciparum patients [5]. Alternatively, the type of test used may be adversely affected by humidity and may show low specificity [20].

The quality of different types of malaria RDTs have been evaluated y in different location of Ethiopia. The performance of Care Start™ malaria Pf/Pv Combo test which was evaluated in Wondogenet, South Ethiopia showed high sensitivity and specificity for P. falciparum (98%) and P. vivax (98.2%) [10] and this is almost similar to the current finding. We compare this investigation with kits evaluated in different countries because we couldn’t get similar studies in Ethiopia. Some tests showed less sensitivity and specificity to this research [21]. This study reveals that GENEDIA® Malaria Pf/pan Ag Rapid Test can be used as a rapid diagnostic kit for malaria in the Ethiopian setting like Care Start™ malaria Pf/Pv Combo test and others that were previously evaluated in different parts of the country.

GENEDIA® Malaria Pf/pan Ag Rapid Test showed very high sensitivity and specificity in the detection of P. vivax and P. falciparum malaria, which fulfills the WHO recommendation. We suggest further studies to evaluate the performance in different parts of malaria endemic areas.

All authors read and approved the final manuscript.

We would like to thank Addis Ababa University for funding the thesis and permitting me to use the resources of the university required for this work. We appreciate the study participants, Adama malaria control centre expertises. Our heartfelt thank goes to GENEDIA® Malaria Pf/pan Ag Company (New Jersey, Korea) for supplying kit for the study. 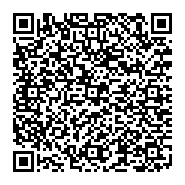