Epidemiology of goiter and its predictors among school age children in Leku town, Southern Ethiopia.

Background: A goiter prevalence of 5% or more in school age children is an indication of iodine deficiency in a population. So, school age children can be used to determine the severity of iodine deficiency in the population since they are easily susceptible to iodine deficiency. The study aimed to assess the epidemiology of goiter and associated factors among school aged children in Leku town, Southern Ethiopia. Method: Community-based cross-sectional study was employed from July 15-30/2017. A total of 358 children were selected using simple random sampling technique. Data on school age children were collected from their mothers/caretakers using a pre-tested and interviewer administered structured questionnaire. The presence or absence of goiter was confirmed by physical examination using world health organization guide line. Logistic regression was carried out using SPSS version 20.0 software. Results: The overall magnitude of goiter among school age children was 35.2% (CI: 30.4- 40.5%). Maternal education (AOR=2.50, CI: 1.37, 4.57), family monthly income (AOR=2.19, CI=1.09, 4.36), type of salt used (AOR=2.66, CI: 1.15, 6.17), timing of adding salt into food (AOR=2.20, CI: 1.27, 3.82) and using cassava as a food (AOR=2.19, CI: 1.30, 3.68) were identified predictors of goiter. Conclusion: The observed magnitude of goiter is considered as a public health problem in the study area. Women education, adding salt after cooking food, ensuring iodized salt consumption and increasing public awareness on consequences of goiter need to be given emphasis.

The term goiter refers to the abnormal growth of the thyroid gland [1]. It is the most observable indication of Iodine Deficiency Disorders (IDDs) [2]. Population consequences of severe iodine deficiency, named iodine deficiency disorders include endemic goiter, hypothyroidism, and cretinism, reduced fertility rate, increased infant mortality, and mental retardation [3]. Twenty-nine percent of the world’s population, living in approximately 130 countries, is estimated to live in areas of iodine deficiency [4].

Globally, about 600 million people had goiter and 230 million have some degree of brain damage due to iodine deficiency during maternity [5]. In the 2011 estimate of the Iodine Global Network, close to 2 billion people had inadequate iodine intake in the globe, where 30% were school aged children. Iodine deficiency (ID) in childhood and adolescence is linked with endemic goiter [6].

Pregnant mothers and school age children are the most vulnerable groups for ID compared to other segment of the population [7]. ID, worldwide public health problem, is not uncommon in mountainous regions of Europe, Asia, South and Central America, and Eastern Africa [8]. Globally, 241 million school children are suffering from IDDs while more than 1.5 billion people are at increased risk of ID and IDD is noticed in 57 million African children [9-11].

Besides to the intake of goiterogenic substance containing food items like cassava and millet and coexistent deficiency of micronutrients (like iron and selenium deficiency), poor socio-economic status, maternal education, advanced age of the mother, age and sex of the child were some of the identified factors associated with ID [15-18].

Realizing the problem, the Ethiopian government planned to avert ID and to achieve the utilization of adequately iodized salt to 90% by the year 2015. Hence, in order to achieve the set plan, the government designed a national nutrition program and micronutrient guideline, and endorsed a resolution to ensure the availability of iodized salt [19].

Community-based cross-sectional study was conducted from July15-30/2017 in Leku town, Sidama Zone, Southern Ethiopia. The town is found at a distance of 27 kilometer (km) from Hawassa; capital city of Southern Nation and Nationalities and People Region, Ethiopia and 299kmsouth of from Addis Ababa; capital city of Ethiopia. The town has five kebeles (kebele is the smallest administrative unit in Ethiopia) with a total population of 30,668, of which 15,828 are males, 5374 and 1012 are under 15 and under five children.

The town has five governmental health facilities (one primary hospital and four health posts) and five private clinics rendering preventive, promotive and curative and rehabilitation services for the community of the town and its surrounding community. The study populations were all school age children (6-12 years old) with their parents/ caretakers living in Leku town. Children diagnosed by physicians as mentally and physically not capable for physical examination procedures and interview, and living in the study area for less than six months were excluded.

From the total five kebeles, two kebeles were selected using simple random sampling technique. Complete enumeration of households found in the two kebeles of the town was carried out and unique identifier was assigned for each household. The team employed simple random sampling technique to identify the study subjects using the unique identifier of the households as a sampling frame. In the selected household if more than one eligible child was found, only one child was taken by lottery method. In case if no eligible study participant identified in the selected household, the data collectors went to the next household until they got eligible child.

Measurement of the Study Variable

Pre-tested and interviewer administered structured questionnaire was used to collect quantitative data. The questionnaire was prepared in English language and translated to Amharic language and back to English language. Physical examination of the thyroid was performed to identify the presence of goiter. Six registered female nurses were participated to collect the data. Training on diagnosis of goiter and data collection procedures was given to data collectors for two days. One medical doctor and the investigators supervised the data collection process and checked filled questionnaire for consistency and completeness.

After data collection, data were edited and cleaned; each questionnaire was checked for completeness and coded. Data were entered into computer using EPI Info version 3.5.4 and the analysis was done using SPSS version 20.0.

Categorical variables were described using frequency, percentage and figures. Simple binary logistic regression analysis for each independent variable against the dependent variable was executed to observe the impact of each factor on the occurrence of goiter among school age children.

Others * include daily laborers, temporary workers with payment.

Magnitude and Predictors of Goiter

In the multiple binary logistic regressions: maternal education, family income, type of salt used, timing of adding salt into the food and using ‘boyina’ (cassava) as food were identified as independent predictors of goiter among school age children.

The present study revealed that children whose mothers did not attend formal education were nearly three times more likely to develop goiter (AOR=2.50, CI: 1.37, 4.57). The study showed that the odds of goiter was two times higher among children whose family monthly income was below ≤ 1000 Ethiopian birr 43 USD) compared with family monthly income of >3000 Ethiopian birr (AOR=2.19, CI=1.09, 4.36).

On the other hand, type of salt used, timing of adding salt into food and using ‘boyina’(cassava) as a food were other important predictors. The occurrence of goiter was nearly three times higher among children using non-iodized salt (AOR=2.66, CI: 1.15, 6.17). It was observed that adding salt into food while cooking contributed to two times increase in goiter prevalence among school age children (AOR=2.20, CI: 1.27, 3.82). School age children using ‘boyina’ (cassava) as a food were two times more likely to develop goiter (AOR=2.19, CI: 1.30, 3.68) (Table 3).

The study demonstrated that goiter was more likely to increase among school age children whose mothers did not attend formal education and family members with a monthly income below 1001 Ethiopian birr. This finding is similar the study done in other areas [15,17]. This might be due that educated mothers can have better access to information and awareness, on cause, consequences and prevention strategies of goiter among children. Family members with better monthly income would have an opportunity to buy iodized salt and include in their diet. In the present study, it was figured out that goiter was higher among school children using non-iodized salt. This finding is consistent with a study in northwest Ethiopia [21].

On the other hand, timing of adding salt into food and using boyina (cassava) as food were noticed as independent predictors of goiter occurrence among school age children. Adding iodized salt into food while cooking increased the probability of goiter among children. This could be explained as when the iodized salt is introduced into food while cooking, it will lose its iodine content through heat. It was also observed that using cassava as a food increased the occurrence of goiter among school age children. This study is in line with a study by Gaitan and the finding in Southwest and Southern Ethiopia [29].

The following limitations need to be taken into account in the findings of this research. First, the findings of this study are only based on physical examination by palpation using World Health Organization grading system as a result the specificity and sensitivity are low due to interobserver variation and the level of urinary iodine excretion was not measured [30,31]. Second, the cross sectional nature of the data could not show the direct causality of goiter among school age children.

Ethical clearance was obtained from the Institutional Review Board of Hawassa University, College of Medicine and Health Sciences. Supportive letter was taken from Leku town health office. Since the study participants are below age 18 years old, parental/care taker informed verbal and written consent was secured and the Institutional Review Board committee approved their participation. An assent was also taken from children prior to palpation of their thyroid gland. Children diagnosed as having goiter were referred to the nearby health facility to for further investigation.

All the data that support the findings of this study will be available from the corresponding author on reasonable request.

The authors acknowledge Leku town health office for facilitating the data collection process. The study participants need to be given respect, without their consent and the provision of the demanded information; this research work would not have been come into existence. 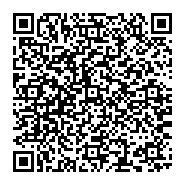