Endometriosis diagnosis may be improved with new guidelines.

New endometriosis guidelines have just been announced by European health experts in order to better diagnosis and treatment of the ailment, including new suggestions on the use of laparoscopy. We changed our recommendations on the importance of diagnostic laparoscopy with improved imaging techniques-it is now accepted that endometriosis can be diagnosed without laparoscopy-and post-operative hormone therapy, as they could improve the immediate outcome of pain surgery and prevent disease/symptom recurrence. A renewed focus on endometriosis and cancer is among the major revisions, as are explicit recommendations on evaluating endometriosis in teenagers for the first time. Menopause, pregnancy, and fertility preservation in the context of endometriosis were also discussed in greater depth [1].

What do these changes indicate?

Endometriosis can now be diagnosed without a laparoscopy because to advanced imaging techniques including ultrasound and MRI, according to Horne. If endometriosis lesions are discovered using imaging, therapy can begin immediately. A clear diagnosis of endometriosis was previously only considered when the clinician had observed the endometriosis lesions during laparoscopy and validated the diagnosis by obtaining tissue samples (biopsies) for microscopic examination, according to the new guidelines. However, the main imaging modalities now used to assist in identifying endometriosis-ultrasound and MRI-both require skill to perform and interpret, thus the greater capacity to spot the illness could lead to a faster diagnosis and treatment plan [2].

However, this does not rule out the possibility of surgery. Many situations will still necessitate laparoscopy, according to Horne. Laparoscopy should be considered if medical treatment has failed or if probable endometriosis has not been discovered on imaging, according to the guidelines. It also suggests that if lesions are discovered during a laparoscopy for diagnosis, healthcare providers consider surgery to remove them. The new recommendations' emphasis on detecting endometriosis in adolescence is especially significant, according to Horne, because most people's symptoms begin during this period. An early diagnostic procedure in adolescents with untreatable persistent pelvic discomfort (unresponsive to an oral contraceptive pill trial) will lead to an early diagnosis of endometriosis, which will be followed by a specific treatment plan. Given what we know, this appears to be the most effective approach of guiding and protecting young girls in these situations [3].

This extended delay between noticing symptoms and receiving a diagnosis is frequently attributable to a general lack of awareness of the ailment and limitations in how it is diagnosed. Menstrual pain or cramps are frequently misunderstood as a natural part of having your period, leading many people believing they must simply manage with the pain or healthcare providers misdiagnosing endometriosis [4]. Patients can respond differently to treatment and have lesions in different places of their bodies, so there's still a lot to learn about endometriosis and treatment options. While the European recommendations are a positive step forward, there is still work to be done. Surgery is a vital tool in the treatment of endometriosis, but we need to know when and how to utilise it as part of a more personalised therapy approach. We need more research to figure out how to anticipate which patients (and which endometriosis subtypes) are likely to react to surgery and which patients will not [5]. 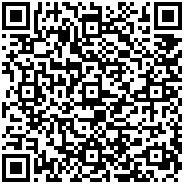