Consistent with the desire to be unconscious is the desire to be unaware of contradictions between one's beliefs and behavior. Inconsistency in this context is apparently quite acceptable— much more so than would be the anxiety which might accompany self-revelation. Most people prefer to avoid the limelight of self-confrontation, going about their business as best they can without dwelling on their shortcomings. If their behavior can be misconstrued into a favorable context, good enough. In fact, humanity thrives on the difference between reality and its most acceptable interpretation. Precision is just too much to expect from people struggling in a world in which motivation is as important to success as accuracy in perceiving compromising situations. Thus, the schema which promotes successful coping also inhibits self-improvement. This is a contradiction inherent in the human condition. As Aristotle noted, “Anyone can become angry–that is the easy part, but to be angry with the right person, to the right degree, at the right time, for the right purpose, and in the right way– that is not within everybody’s power and is not easy” [1].

As the schema attempts to match the perceptual with the behavioral world, it perforce exists in an emotional setting which both defines and is defined by cognitive elements. This process of mutually defining interactions of facts and feelings provides a dynamic basis for interpreting events and evaluating behavior. Cognitions are interpreted according to a given emotional state which, in turn, may be altered by those or future ideas and actions. In fact, it is this emotional dimension which makes the schema so subjective in its assessment of incoming data. Certain objects and experiences elicit specific emotions— love, hate, fear, etc.—which may promote biased reactions to many important impinging stimuli [2] as well as channel the responses by reducing them to a number manageable by whatever remains of the reasonable mind [3].

It is important to bear in mind that adjustments or maladjustments of the schema are usually determined as much by emotional factors as by any objective value of cognitions themselves [4]. Most minor adjustments are both easy and accurate in that there is little or no emotion involved and they keep the schema, such as it is, attuned to slight alterations in the environment. However, there is invariably major emotional resistance to changing one's mind, as it really becomes a matter of changing oneself. This can be emotionally wrenching and is usually effected only as a last resort, after all other psychic tricks of refuting and misinterpreting data have been exhausted. Finally, there is the extreme when an experience is so totally bewildering in its unexpectedness and excessiveness that it "Blows your mind" right off the emotional/cognitive scale. An example of this might be a bad accident which leaves one physically untouched but mentally stunned beyond response.

It is largely the emotional vector attached by words to data which determines how perceptions and cognitions will interact to affect adjustment of the schema. The irrelevance of so much behavior is really an expression of the commitment of the schema to itself, since existing terminology defines the emotional context in which stimuli and responses are construed. This is really the foundation of stupidity —the emotional commitment to the schema. It inhibits objective "Reality testing" [5] because any emotionally disturbing discrepancy between expectation and perception is simply interpreted to mean reality failed. Needless to say, such an approach to life is as successful in creating as in solving problems.

Problems arise as the schema acts to maintain a subjective world which minimizes anxiety. Disturbing input is reduced and probably replaced with fictions and fantasies. As objectivity and anxiety are sacrificed for independence from reality, a degree of dysfunction is promoted. Improved group cohesion may compensate for loss of contact with the environment and even oneself, but all that means is that self-deluding people are all the more cooperative in effecting inefficient policies. At worst, stupidity can create or be characterized by delusions which produce anxieties and difficulties where none really needs exist. Once again, we find this duality of extremes, as when stupidity can prevent or cause anxiety by the schema under- or overreacting to reality.

Adverse conditions often create anxiety, in that people are not sure they can cope with the problems confronting them. Having or finding an explanation for their plight reduces their sense of helplessness and vulnerability by plausibly identifying the cause of their distress and providing a course of action for resolving the crisis [6]. It is important to note that the explanation does not have to have much real effective value in terms of external conditions. If it makes people feel better about themselves and their situation, that is a lot. It may not be enough, but it provides a practical basis for a religious belief which, if it does not disrupt learning, may permit the development of a of a functional coping strategy.

Such beliefs shared by a reference group constitute their religion. It does not matter if verbal expressions are at odds with the behavioral norms of the group—as when the Crusaders killed for Christ. The functional value of the common schema is that it binds the group together. A positive feedback system comes into play as highly cohesive groups provide a source of security for members, reduce anxiety and heighten their self-esteem. As cohesion increases, so do the group's capacity to retain members and its power to bring about conformity to its norms [7]. All this can occur with an indifference to consistency and effectiveness. Just believing and belonging sustain each other quite efficiently.

Of course, as mentioned above, the self-assurance derived from belonging may induce some group members to undertake selfseeking behavior that might disturb the group, but this is a distinct counter-current within the general trend of conformity for the sake of emotional security for the individual and coordination within the reference group.

Much as the feeling of belonging can act to reduce anxiety, it can also generate anxiety in individuals who feel compelled to maintain a false front for the benefit of members of their reference group. The simple analysis of such a situation is that the person really is not a member of the group but for some extraneous reason feels obliged to conform to its norms. An example of this might be a homosexual who feels pressured to dress and act according to the dictates of the general, straight society. Groups often maintain irrelevant standards for their members' compliance, and intolerance for variation is itself taken as a sign of belonging, as when witch hunters wrapped themselves in the flag during America's periodic "Red scares". Most group members regard diversity as suspicious rather than as a source of strength, so cooperation is usually promoted by people playing their given roles without displaying their unsettling idiosyncracies. Cohesion thus tends to make groups rather narrow and, for all their self-induced efficiency, limited in outlook.

Not only does group cohesion tend to narrow the schema, the belief systems of normal humans are also slightly off center, as objective accuracy has been sacrificed for enhanced esteem of members. This is why "Be realistic" and "Be yourself" are such dubious bits of advice for a person having difficulty relating to others. The assumption that normal society is reasonable and realistic is part of the Rationalists' legacy and is patently erroneous. For someone who is trying to adjust to society, the goal is not an ideal state of mental health but one of adapting to the particular quirks of a given reference group. 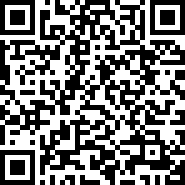