The development of medical field is faster than comparing with an ancient technology medical development. In the olden days the doctors was needed to present in the scenario of patient undergoing treatment, whereas now, which is evolved more that the present of doctor can be a remote and also able to give treatment. This can be achieved by with the help of any network connectivity through which the medical images can send to the doctors for review and get suggested medicine or steps to carry out the treatment for the patient. This research article is designed to give the treatment to the patient where the doctors are under the network of Mobile Adhoc network. Number of doctors form a group to communicate each other via transmitting of medical images about the patient to get immediate treatment. The medical images are forwarded through a Mobile Adhoc Network via multicasting to the group of doctors are involved the patient treatment. The Doctors can review the medical images and give suggestion to their subordinate for giving treatment to the patient. Even though the Mobile Adhoc network has pitfalls like the frequent change in topology, battery power, etc. This article also concentrates on avoiding the topological changes and reducing the battery power by introducing the self-adjustment property and eliminating the transmission of duplication packets. This scenario was designed in Network simulator for sending different medical images of patient like cancer patient images, Heart attack images, incentive care unit patient images, etc. and found that the multicating of medical images in Mobile Adhoc network is proven efficient technique for developing medical treatment.

Much research work is initiated to overcome the limitation of the Adhoc network for better utilization of battery, arbitrary change the topological information. This research paper is concentrated to overcome the limitation of Adhoc network nodes topological changes. Topological changes mean that the node changes its position from one location to another arbitrary, due to change of topology, the possibility of data lost is more. This causes the transmitting of packet from one node to another node is lost.

This research paper introduces the algorithm called selfadjustment property algorithm in Mobile Adhoc network. This algorithm is designed to monitor the signal strength of the neighbouring node based on the receiving packet signal strength. If the intended packet is received in low strength, it finds out the neighbouring nodes location and calculates the adjustment location so that to get a good packet signal. This proposed technique will improve the performance of Adhoc network also reduce the loss of the transmission link.

The research paper starts from literature survey depicted in chapter 2, methodology used in chapter 3, Result and discussion in chapter 4 and finally end with a conclusion and future work in chapter 5.

This chapter will elaborate the literature review about images transmission in Adhoc network and techniques in medical field to follow the emergency situation.

Munivel and Rajeswari [1], uses number theory based images compression or transferring images over MANET. Images have proven good data-scrambling properties and, therefore, it has potential uses in symmetric cryptography.

Panagiotis and Haas [2] proposed the Secure Message Transmission (SMT) protocol to safeguard the data transmission against arbitrary malicious behavior of network nodes. SMT is a lightweight, yet very effective, protocol that can operate solely in an end-to-end manner. It exploits the redundancy of multi-path routing and adapts its operation to remain efficient and effective even in highly adverse environments.

Bello et al. [3] discussion is made based on a novel method for the data security authentication in mobile ad hoc network using the combination of symmetric and asymmetric algorithms.

Reena and Veepin [4] approaches of video data communication is presented. The paper has explored the concept of multi path communication along with data fragmentation in case of multimedia data transmission.

The multicasting of medical images in Adhoc network, need to overcome or reduce the deficiency of Adhoc networks like frequent topology changes and battery power. This research article design the self-adjustment property in Adhoc network.

Assume that there is a group on the above Figure 1, red circled nodes is a group wants to communicate between each other. Based on the properties of AODV the route will be selected from source node to all the destination nodes. Assume A is a source and all other nodes in a group are C, H, G and L. Based on AODV the route will be determined on demand. 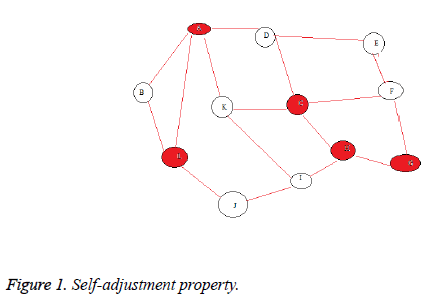 Detecting presence of neighboring node: Where N is a group of neighbouring node, and L is the

Reduce the battery power of MANET

Another limitation in MANET is battery power; this research paper concentrates on reducing the battery power through the mechanism of the packet processing algorithm.

The design of mobile Adhoc network for transmitting of medical images to the group of people through multicasting is designed in the following sequence of operation shown in the Figure 2. 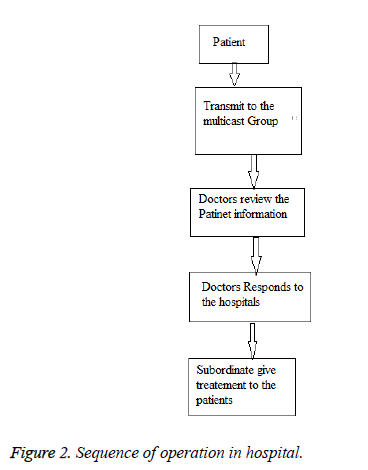 Figure 2: Sequence of operation in hospital.

The sequence of operation in multicasting of images in the group using mobile Adhoc network is starting from the hospital, where the patient is in the situation of emergency care. The doctors send the information about the patient like ECG; brain CT scan, X-rays etc. to the multicast group in the mobile Adhoc network. Speciality doctors review the medical images get from the hospital and respond to the hospital doctors what to be done next. The subordinate doctors take the advice from the expert and give the treatment to the patient. 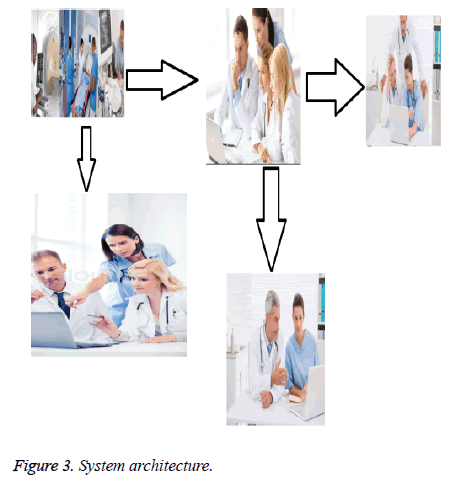 The designed research work has been experimenting in a hospital different ICU patient images have been taken for treatments under this research work. Doctors are placed in the different ward in the multi-speciality hospital. Placements of MANET devices are in the Hospitals shown below, totally 20 nodes are placed based on the category of the hospital division ward. All the nodes have designed for respective chief doctors under surveillance (Figure 4). Based on the type of patient diseases the multicast group was formed for transmitting of medical images.

Figure 4: Placement of nodes in the hospital.

All the cases which have been tested over this research work have explained below.

Case 1: Heart attack patient: Heart attack patient ECG information was passed to the multicast group over mobile Adhoc Network. During transmitting the medical images over the Mobile Adhoc Network the following parameters were noticed. The location of multicast group node location. Initially the multicast group nodes are in the defined location, after a transmitting of the medical images a node find to be changing the location, so that the signal was becoming less, instantly the next hop node find out the signal strength and adjust its location to get signal strength. The medical image transmitted is shown in below Figure 5. The specialist on the receiving side instantly gave the medical treatment via a mobile Adhoc network.

Case 2: Crohn’s disease: Another kind of diseases was Crohn diseases; patient was admitted under this kind of diseases. The doctors who are specialized for taking the treatment were busy at the movement. Then the hospital decided to take the decision to use multicasting medical images using the mobile Adhoc network. They used to send medical images through the mobile Adhoc network. During the transmission of medical images from one hop to another hop the device was checked whether it is retransmitting the duplication or not? The research work shows certainly the device send unique packet to another node and there is no duplication packet transmission. The image of Crohn’s disease is shown in below Figure 6. 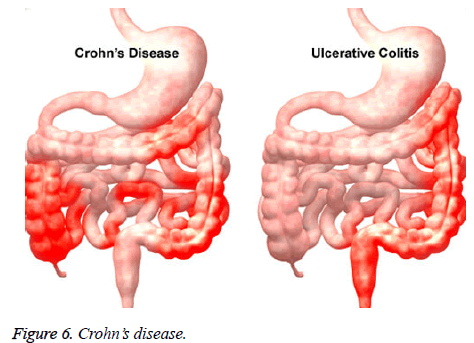 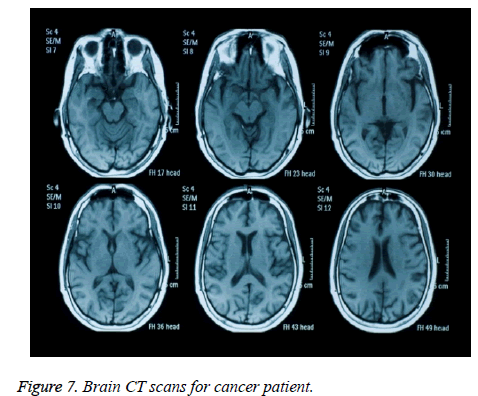 Case 4: Spinal cord problem: The next patient case was spinal cord injured, the patient x-ray as taken as medical images for taking suggestion from a senior doctor to give treatment. The multicast mobile Adhoc network performs well in transmitting of packets without packet loss. The image which is transmitted is shown in the Figure 8. 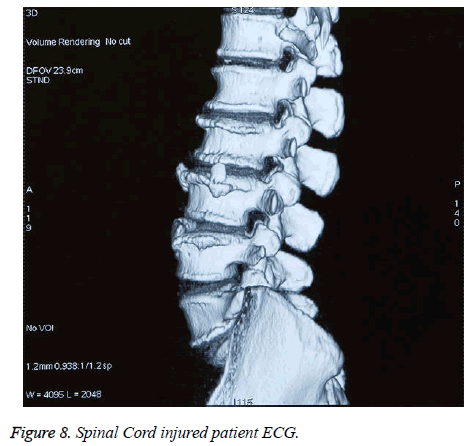 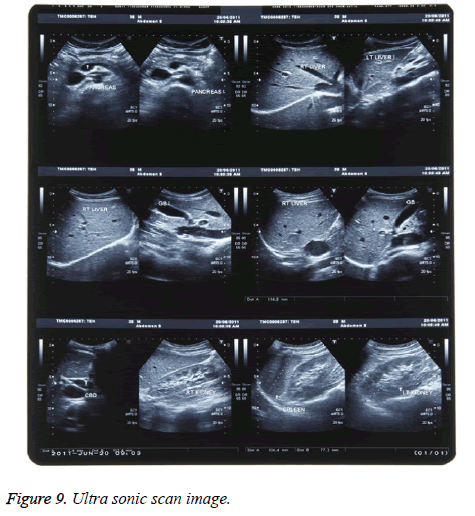 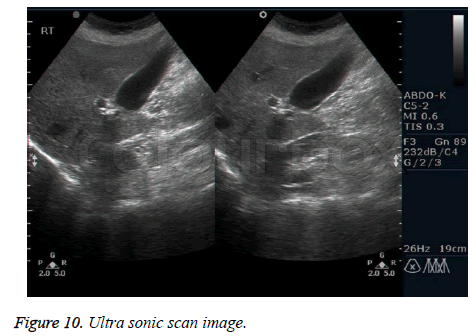 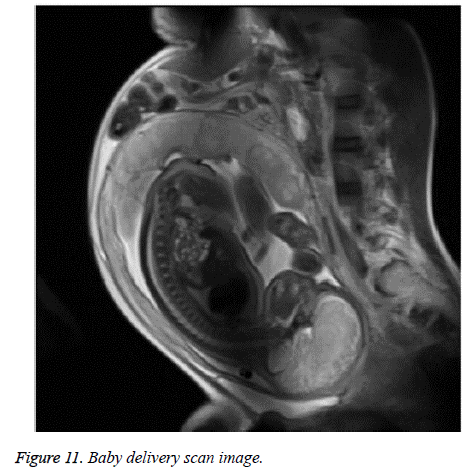 Case 8: Lung cancer patient: In this case the patient was admitted with cancer diseases. This patient X-rays and scanned images also used to transmit through the mobile Adhoc network. The image is shown in the Figure 13 below. 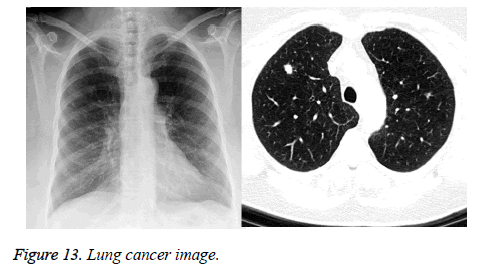 Case 9: Kidney scanned image: In this case the kidney disorder patient was admitted in the hospital. The scanned image was used to transmit over the mobile Adhoc network in multicasting group. The specialist was given suggestion to make the treatment. The image used for transmitting of medical image shown in the Figure 14. 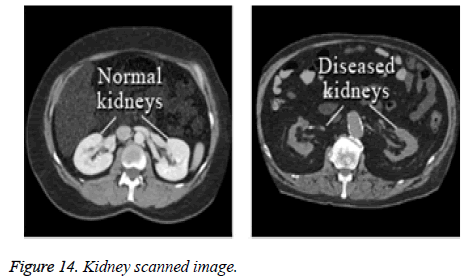 Mobile Adhoc network performance evaluation has been computed. There are two parameters are involved in the performance computations are packet delivery ratio, throughput and end to end delay. 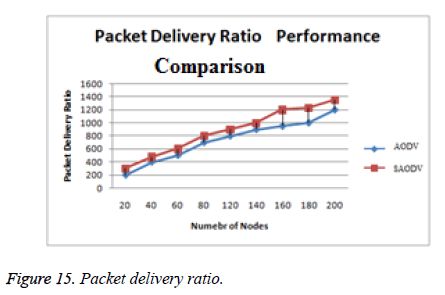 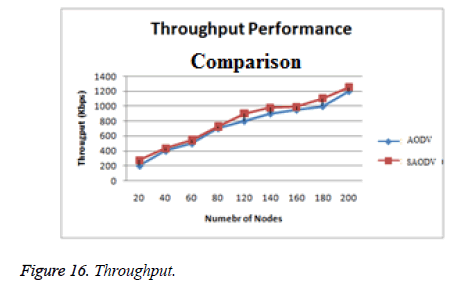 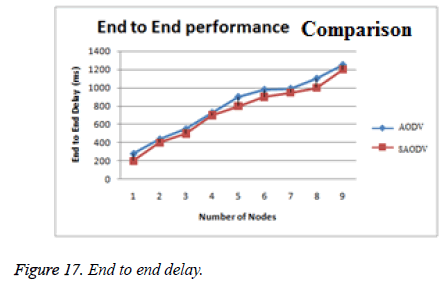