Purpose: The aim of our study is to compare treatment efficacy of topical analgesic gels with different ingredients in different concentrations administered to the patients presented with soft tissue trauma.

Methods and Material: Untreated patients with soft tissue trauma who were presented to family medicine outpatient clinic were enrolled into the study and they were divided into three groups. Visual analogue scale was applied to the patients at time of admission, on Day 3 and Day 5 and changes in pain severity were recorded. Group A was given topical analgesic gel containing diclofenac 1%, Group B was administered with topical analgesic gel containing diclofenac 5%, Group C was received topical analgesic gel with Ibuprofen and their efficacy in reducing pain by means of “visual analogue scale, adverse event occurrence and paracetamol tablet requirement were checked on Day 3 and Day 5.

Discussion: The gel containing diclofenac 5% was evaluated to be more effective than the other gels in this study and its adverse event profile was found to be similar due to the absence of adverse events as in the other analgesic gels.

Damage or injury of the tissues due to physical impact such as sprains, strains, contusions and overuse is called soft tissue trauma. Soft tissue trauma depending on the occurrence mechanism and its severity result in adverse effects in tissues (ligaments, tendons, muscles, joints and bones, etc.). Trauma usually occurs because of overuse which is enough to disturb the integrity of tissue although it varies according to shape and sensitivity of the issue and types of injuries and their healings may differ. Apart from this, soft tissue trauma may vary among tissues.

Nonsteroidal anti-inflammatory drugs (NSAIDs) are widely used worldwide. About 10% of the society in the Western world (out of each 1000 people average 11- 36 people/day) use NSAIDs. These drugs have anti-inflammatory, antipyretic, analgesic and antithrombotic effects. This group of drugs, whose use has been increasing in recent years, are also used in the form of topical analgesic gels in acute and chronic pain and musculoskeletal pathology. The effectiveness of NSAIDs gels on pain of rheumatoid arthritis, osteoarthritis and other musculoskeletal chronic diseases has been shown in clinical studies with usage of different effective doses. Topical nonsteroidal anti-inflammatory drugs in the treatment of pain due to soft tissue trauma have been compared in many studies.

163 randomly selected over 18 years old patients presented with pain to primary care family medicine outpatient clinic and diagnosed with soft tissue trauma have been divided into three groups for this field study. These patients did not receive any medicine for their pain before admission to outpatient clinic. The study was planned as randomized, single blind controlled trial. Each group was designed to consist of about 50 people. Visual analogue scale was applied to the patients at time of admission, on Day 3 and Day 5 and changes in pain severity were recorded. Apart from gel, paracetamol 500 mg tablets were prescribed to the patients when they need it. Group A was given topical analgesic gel containing 1% diclofenac, Group B was given topical analgesic gel containing 5% diclofenac, Group C was provided with ibuprofen 5% topical analgesic gel and their efficacy in reducing pain by means of “visual analogue scale”, adverse event occurrence and paracetamol tablet requirement were checked on Day 3 and Day 5. The physician who examined patients with their pain on the first day of admission to outpatient clinic completed the application questionnaire. After that, patients were started randomly with one of three topical analgesic treatments in different concentrations covered with white paper on which A, B, C letters were written. On Day 3 of the treatment, patients were called for examination and the physician completed the questionnaire of Day 3 regarding the state of the pain. Patients were invited again on Day 5 of the treatment and the physician completed the questionnaire of Day 5 for their pain. At the end of Day 5, all questionnaires were collected and results of three groups were evaluated. Efficacy of drugs was compared in patients with soft tissue trauma treated with drugs containing topical analgesics in different concentrations at the end of the treatment. Diclofenac 5% gel is provided by one single company in Turkey. Therefore Clodifen 5% jel® licensed by World Medicine ?laç San ve Tic. A.? was used in this trial. Study budget was set and budgeted by the investigators. The gels used in this study were purchased by investigators from pharmacy and given to the patients and they were not charged to Social Security Institution. The approval for conduction of the study was obtained from Osmangazi University Clinical Trials Ethics Committee.

There was no significant difference among the groups in age, gender, educational status, start time and location of pain and groups had similar characteristics. (p=0.82; p=0.75; p= 0.389; p=0.85; p=0.392 respectively). Their examination for pain at the time of the admission was similar. The needs of groups for additional oral pain killer on Day 3 and Day 5 were found to be similar (p>0.05). Pain scores were significantly different among the groups at the time of the admission (p=0.001). There were significant difference in terms of pain score between Diclofenac 1% group and diclofenac 5% gel group, and between ibuprofen group and diclofenac 5% gel group (p=0.001; p=0.003 respectively). When efficacies of gels according to their content were analysed by means of Two Way Repeated Measures ANOVA (One Factor Repetition), Diclofenac 5% Gel was found to be the one which reduces pain scores most effectively.

Therefore groups were found to be similar in terms of adverse event profiles.

Comparisons between groups were summarized in Tables 1 and 2 and Figures 1 and 2. 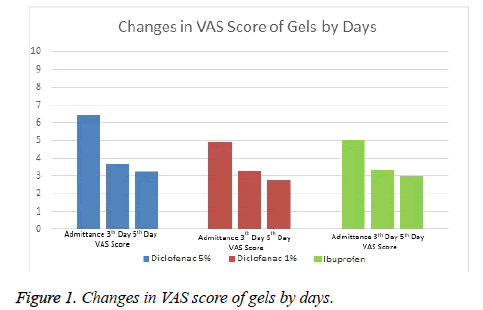 Figure 1. Changes in VAS score of gels by days. 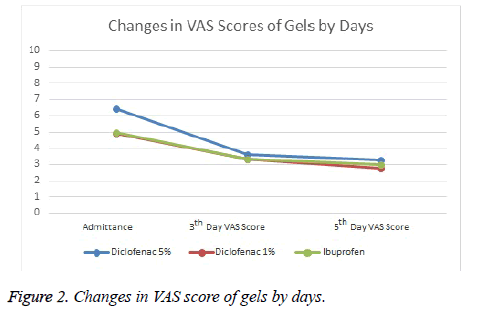 Figure 2. Figure 2. Changes in VAS score of gels by days.

Table 1. Comparison of groups among elapsed time and vas score in the onset.

Table 2. Comparison of groups among their characteristics and physical examinations.

Non-steroidal anti-inflammatory (NSAI) drugs are used in acute or chronic soft tissue trauma to take the inflammation in the injured area under control with the control of pain and to make it in the proper course [1]. The effective intervention to the inflammation of soft tissue trauma is usually done with NSAID’s and things to be considered in the choice of drugs are also applicable for these drugs. According to many investigators, NSAID’s are most commonly used in controlling the inflammation after trauma especially in sports clubs where soft tissue traumas mostly occur [1-3]. It has been demonstrated in studies that topical drugs such as diclofenac, ketoprofen, piroxicam, and capsaicin are superior to placebo [4-6]. Concentration of topical diclofenac in synovial fluid was found to be significantly higher than that of placebo whereat plasma concentration of diclofenac was found to be lower compared to synovial fluid [7]. When topical diclofenac administration was compared with placebo in osteoarthritis of the knee, significant improvements in pain have been observed and adverse event has not been reported. Apart from this, when diclofenac gel was compared to ketoprofen gel, their efficacies were found to be similar [8,9]. In the studies, it was stated that safety of topical NSAID’s is higher and it was reported that their outstanding adverse events are local skin reactions. Additionally, no correlation was found between adverse events such as GIS perforations, upper gastrointestinal bleeding and topical NSAID’s [10].

EULAR Clinical Trials standing committee in 2003 ranked the administration of NSAIDs in 5th place of the evidence and expert opinion based recommendations list of consisting of 10 items for the treatment of osteoarthritis of the knee. It was observed in broad base studies that safety of topical NSAID’s administration was high and adverse events were found to be below 1.5%. The major adverse event observed was reported to be local skin reaction. Evans JMM et al in 1995 did not find any relationship between topically administered NSAID’s and gastrointestinal perforation and gastrointestinal bleeding in large case control study they conducted [3].

Waikakul et al. compared the treatment efficacy of topical administration diclofenac gel to that of ketoprofen gel in the study they conducted with 85 patients with osteoarthritis of the knee in 1997. At the end of the treatment administered four times a day for one month, an improvement in functional capacity and pain have been reported in both groups [11]. Passive diffusion is higher in the drugs with low molecular weight [12]. Molecular weights of diclofenac gel and other NSAID’s are ketoprofen (254 g/mol) <ketorolac (255 g/mol) <diclofenac (296 g/mol) <proksika I (331 g/mol) <tenoxicam (337 g/mol) <indomethacin (357 g/mol respectively. Another factor affecting the diffusion is the ionization of the topical drug in the skin. Cordero et al, in 1997 reported that ionization of diclofenac was almost 0% and its permeability was high [13]. Roth et al. in 2004 compared treatment efficacies by administrating diclofenac gel and placebo four times a day for 3 months to two randomly divided groups of 326 patients with knee osteoarthritis. They assessed WOMAC, VAS for walk and patient satisfactions scales at the end of the treatment. After 3 months, they recorded significant improvements in all parameters of diclofenac administered group compared to that of placebo applied group [5].

Neithend FU et al. assessed efficacy and adverse events of diclofenac gel in a study with 237 patients diagnosed with knee osteoarthritis. They randomly separated patients into a group using diclofenac gel and a placebo using group. Treatment was administered to the patients for 3 weeks. Both groups were allowed to use 2 g paracetamol per day during the treatment. Spontaneous pain, pain with movement and WOMAC index in patients were assessed. At the end of 3 weeks the improvement in parameters of diclofenac using group was found to be significantly superior to that of placebo group and no adverse event was reported in both groups. It has been indicated that the administration of diclofenac gel is safe and effective in treating osteoarthritis of the knee at the end of the study [8]. Pain in chronic conditions can affect sleep [15] and quality of life and it should be treated with appropriate medications.

Clodifen 5% gel containing 5% diclofenac was evaluated to be more effective than the other gels in this study and its adverse event profile was found to be similar since no adverse event was observed as in other analgesic gels.