Results: The effective rate of treatment group and the control group were 93.33% and 63.33% respectively, and the difference in the two groups was significance (χ2=8.235, P=0.016), the NCCN score of life quality showed that, the quality of life in two groups was improved after treatment, and the degree of improvement was more significant in treatment group. Then it was showed that the alkaline phosphatase levels in two group were all declined after treatment (P=0.021).

Cancer-related pain is caused by the interactions of various factors, and considered as one of the most uncontrollable problems for cancer patients. To improve the life quality and outcomes of cancer patients [1], treatment of cancer-related pain is listed as one of the four key concerns of WHO’s comprehensive cancer control plan. Bone is the third most susceptible target organ of distant cancer metastases, which is only after liver and lung. In principle, every cancer can spread to bone, thus inducing cancer-related pain. The pathogenesis of bone metastasis is unique and complex. It is reported that about 70% of advanced breast cancer and prostate cancer spread to bone. Another 15%-30% of bone metastases occur to lung cancer and colorectal cancer [2]. Bone metastasis usually predicts a poor prognosis.

Pamidronate disodium as a bisphosphonate can help to strengthen bone weakened by cancer by preventing the morphological changes of osteoblasts caused by hydroxyapatite dissolution. In this way the osteoblast activity is inhibited and bone destruction is mitigated. Pamidronate disodium can also inhibit the activity of various mediators, thus reducing osteoblast activity and inhibiting bone resorption indirectly and relieving the pain [6].

Either thermal therapy or pamidronate disodium alone is proved effective against bone metastases in clinic, but the combined use of the two is rarely reported. This study investigated the treatment effect of thermal therapy combined with pamidronate disodium for pain associated with bone metastases, aiming to provide reference for pain relief of patients with metastatic bone diseases.

From November 2015 to April 2016, 60 inpatients of moderate to severe pain associated with bone metastasis at Xingtai People’s Hospital were included. There were 37 males and 23 females aged 30-81 y old. All of them were confirmed as bone metastases by CT or MRI scans (Figure 1). No radiotherapy or chemotherapy was given 4 weeks before the experiment. The expected survival was longer than 3 months. These cases had no intellectual or mental disorders. This study was conducted with approval from the Ethics Committee of the Xingtai people’s hospital. Written informed consent was obtained from all participants’ guardians.

The control group received intravenous injection of 60 mg of pamidronate disodium diluted with 0.9% normal saline to 500 ml for over 4 h once daily. The injection was performed twice weekly, with 4 weeks as one cycle. The treatment group received radiofrequency therapy at the target position for 60 min each time, twice weekly for 4 w, treated with SR1000II thermal therapy device (Figure 2) using real-time virtual sonography system and guided by ultrasound [7]. After radiofrequency ablation, needle ablation is performed at the needle tip to prevent postoperative bleeding and tumor growth along the needle path. The treatment effect was evaluated at the end of 4 w. The above procedures were performed in strict accordance with the instructions. Any events occurring during the treatment were recorded. 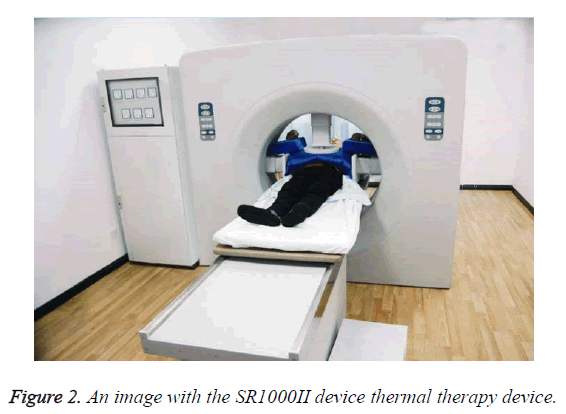 Figure 2. An image with the SR1000II device thermal therapy device.

Comparison of baseline information between the treatment group and control group

Table 1. Comparison of baseline information between the two groups.

Table 2. Comparison of pain relief between the two groups after 2 and 4 w of treatment.

Table 3. Comparison of serum ALP levels between the two groups before or after treatment.

Table 4. Comparison of serum ALP levels within each group before and after treatment.

Patients’ life quality was assessed using the rating scale enclosed in 2008 NCCN Guidelines for Adult Cancer-Related Pain. Seven aspects were assessed, namely, daily activity, emotion, walking ability, ability to work or do housework, relation with others, sleep and life enjoyment. The scoring was done on a scale from 0-10; the lower the score, the higher the life quality. The two groups differed insignificantly in life quality before treatment (t=0.175, P=0.862); however, the life quality showed significant difference between the two groups after treatment (t=2.368, P=0.021). As to intragroup comparison, there was significant difference after treatment in either group (P<0.05) (Table 5).

Table 5. Intragroup and intergroup comparisons of patients’ life quality before and after treatment.

Bone metastatic disease has become one of the most common cancers and the management of the associated pain is a major evaluation indicator of life quality of these patients. Conventional treatments for bone metastases include radiotherapy, chemotherapy and bisphosphonates [8-10], each of which has a different working mechanism and limitations.

Under normal conditions, bone remodeling is a process of dynamic equilibrium. However, once the dynamic equilibrium is disrupted by bone metastases, the ALP level, as an indicator of bone remodeling, changes correspondingly [15,16]. Serum levels of ALP increased in patients with bone metastases. It is an important guideline for determining osseous metastases to detect the serums ALP in patients with malignancy regularly.

Intragroup comparison found a marked reduction in the ALP level after treatment in either group. However, no obvious difference in the reduction degree of ALP levels was observed between the two groups. This finding requires further collaboration by studies with larger sample size.

The authors declare that there is no conflict of interest to disclose.