We have previously reported that components of diesel exhaust particles (DEP) enhance acute lung injury induced by lipopolysaccharide (LPS). However, the underlying mechanisms for the enhancement are not completely explored. This study examined the impacts of DEP components on apoptosis in the lung parenchyma in the presence or absence of LPS. ICR mice were divided into 6 experimental groups that intratracheally received vehicle, LPS (2.5 mg/kg), organic chemicals in DEP (DEP-OC) extracted with dicloromethane (4 mg/kg), residual carbonaceous nuclei of DEP (washed DEP: 4 mg/kg), DEP-OC +LPS, or washed DEP+LPS. Detection of apoptosis in the lung was evaluated 24 hours after the intratracheal administration. As compared to vehicle, DEP components did not induce a significant increase in the number of apoptotic cells in the lung. LPS significantly increased the number as compared with vehicle. The number of apoptotic cells was significantly greater in the DEP component groups than in the LPS group. These findings suggest that DEP enhance apoptosis in the lung in the presence of LPS. Enhanced apoptotic effects of DEP components, thus, may play a role in the pathogenesis of abrogated lung injury by the components related to bacterial endotoxin.

Exposure to ambient particulate matter (PM), especially to PM with a diameter of <2.5 μm (PM 2.5) is associated with daily mortality and hospital admissions related to respiratory diseases such as bronchilitis, pneumonia, and asthma [1]. Diesel exhaust particles (DEP) derived from increasing number of diesel engine-powered automobiles are still major constituent of the atmospheric airborne PM. DEP exposure have correlated to lung cancer, pulmonary fibrosis, chronic alveolitis, edematous changes, and airway hyperresponsibility [2,3]. It is also recognized that DEP can induce lung injury through the generation of oxidative stress [4].

We have previously shown that DEP can enhance acute lung injury related to bacterial endotoxin (lipopolysaccharide: LPS) [5]. Further, we have next reported the different effects of DEP components on the hallmarks of the lung injury [6]. Residual carbonaceous nuclei of DEP (washed DEP) have exhibited similar action on the acute lung injury model as the action by whole DEP. In contrast, organic chemicals in DEP extracted with dicloromethane (DEP-OC) exaggerated lung inflammation in bronchoalveolar lavage fluid (BAL) in the presence of LPS, but did not affect pulmonary edema and lung expressions of proinflammatory cytokines such as interleukin (IL)-1 β, macrophage inflammatory protein (MIP)-1, macrophage chemoattractant protein (MCP)-1, and keratinocyte chemoattractant (KC).

One manifestation of the acute toxicity of DEP at the cellular level is the induction of apotosis [7]. Xenobiotics [8] and quinones [9] involved in DEP can reportedly induce cellular apoptosis, suggesting that these compounds may contribute to DEP-elicited apoptosis. However, all these previous studies are in vitro ones. Furthermore, the effects of DEP on apoptosis in acute lung injury have never been elucidated. In the current study, therefore, we elucidated the effects of pulmonary exposure to DEP components on apoptosis in the lung during acute lung injury induced by LPS.

Collection of DEP was described previously [3]. DEP were extracted with dichloromethane (CH2Cl2) as previously described [6]. The residual particles of DEP were prepared as washed DEP. The extracts were combined, evaporated, dissolved in 100% dimethyl sulfoxide (DMSO: Nacalai Tesque, Kyoto, Japan), and prepared as DEP-OC.

The studies reported were carried out in accordance with the Guide for the Care and Use of Laboratory animals as adopted and promulgated by the National Institutes of Health. All animal studies were approved by the Institutional Review Board.

Detection of apoptotic cells in lung tissues with the TUNEL technique

After exsanguinations, the lungs were fixed by intratracheal instillation with 10% neutral phosphate-buffered formalin at a pressure of 20 cm H2O for at least 72 h. Slices 2 to 3 mm thick of all pulmonary lobes were embedded in paraffin. Apoptosis was detected by the terminal deoxynucleotidyltransferase dUTP nick-end labeling (TUNEL) method with a commercial available kit (Trevigen; n=5 in each group). In brief, after proteinase digestion and removal of endogeneous peroxidase, the sections (4 μm) were incubated in a mixture containing terminal deoxynucleotidyltransferase. The reaction products were developed with blue label and counterstained with nuclear fast red. No staining was evident in negative controls when omitting the terminal deoxynucleotidyl transferase enzyme. The number of cells positive for TUNEL was counted under five randomly selected high-power fields.

All data are reported as mean ± SEM. Differences were examined for statistical significance using unpaired Student’s t test. Significance was assigned to P values smaller than 0.05.

TUNEL assay was used to characterize the apoptotic response in the lung. Stained apoptotic nuclei in the lung were present in the experimental groups except for the vehicle group (Figure 1). Apoptotic changes were predominantly observed in macrophages rather than other types of cells such as neutrophils and epithelial cells. 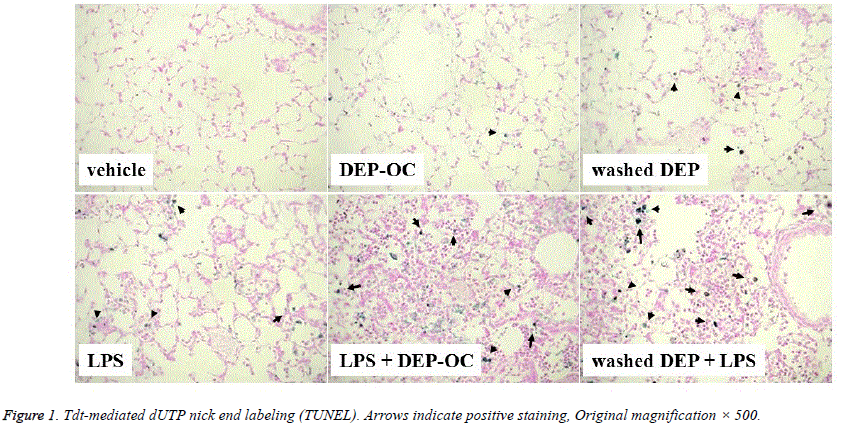 Figure 1: Search strategy used for the inclusion of the studies considered in the current metaanalysis.

Figure 2: Search strategy used for the inclusion of the studies considered in the current metaanalysis.

Previously, we have demonstrated that DEP [5] and their components [6] enhance acute lung injury related to LPS. In the separate series of experiments, lung histology have shown that the enhancing effects are stronger with washed DEP than with DEP-OC, although both components could enhance cellular profile of BAL. Additionally, exacerbated lung injury by washed DEP, not by DEP-OC, has been concomitant with the enhanced lung expression of proinflammatory proteins including IL-1 β, MIP-1 α, MCP-1, and KC [6]. We have also demonstrated that washed DEP rather than DEP-OC can enhance lung expression of cyclooxygenase (COX)-2, suggesting that the action of washed DEP on exaggerated lung injury could be explained, at least partly, through the enhanced expression of the enzyme. But, as far as the amplified lung inflammation by DEP-OC concerned, which molecules and/or factors can be involved remains unsolved. The present study showed that both washed DEP and DEP-OC significantly increased the number of apoptotic cells in the lung as compared to LPS alone in the presence of LPS, which may provide a hint on the mechanism of DEP-facilitated inflammatory injury in vivo.

Previous studies have demonstrated that DEP leads to apoptosis especially in macrophages [7,10]. Specifically, Hiura et al. have demonstrated that chemicals in DEP induce apoptosis in macrophages through the generation of reactive oxygen radicals (ROS) in vitro. They have also shown that DEP could induce caspase-8 and -9. They have demonstrated that extracted DEP or carbon black cannot induce apoptosis in macrophages. In the present study, both washed DEP and DEPOC did not significantly induce apoptosis in the lung in the absence of LPS. On the other hand, LPS significantly induced apoptosis as compared to vehicle. Interestingly, both washed DEP and DEP-OC significantly enhanced apoptotic change in the lung in the presence of LPS as compared to LPS alone. We observed that apoptotic changes were predominantly shown in macrophages rather than other types of cells such as neutrophils and epithelial cells, which is almost consistent with the in vitro study by Hiura et al. [7].

The pathophysiological role of apoptosis elicited by DEP remains unclarified. Hiura et al. have discussed in their previous paper in detail. First, apoptosis of cells may spread DEP components, especially DEP chemicals via apoptotoic bodies to neighbouring tissue cells, consequent increasing tissue damage. This hypothesis could also be applied to the proapototic effects of DEP-OC on the lung inflammation in our present study. Second, apoptosis related to DEP is associated with ROS production [7]. Since these radicals are released into the extracellular environment, they may affect neighbouring cells, which accelerate their activation or apoptosis. Our findings that both DEP components plus LPS significantly increased the number of apoptotic cells as compared to LPS alone at similar level may support this notion.

On the other hand, the role of apoptosis in the development of acute lung injury remains unclear. Apoptosis might affect the integrity of the epithelial wall with increased pulmonary permeability resulting in the disturbance of the main barrier between the environment and respiratory systems [11]. On the other hand, apoptosis might be considered as a protective response by the host to pathogens, with the suicide of indivisual cells, resulting in the suppression of the survival of the multicellular organisms as a whole [12]. In this regard, widespread apoptosis in macrophages may interfere with lung defence against infectious organisms [13], because it has been demonstrated that previous DEP exposure leads to increased mortality in mice infected with the influenza virus [14]. Therefore, it is likely that proapoptotic effects of DEP components further drive susceptibity to bacterial endotoxin in our present study.

In conclusion, our findings indicate that DEP componentsenhanced lung injury induced by bacterial endotoxin is, at least in part, through the exaggerated apoptosis.