Effectiveness of swallow maneuvers, thermal stimulation and combination both in treatment of patients with dysphagia using functional outcome swallowing scale

Objective: To explore the better treatment option among thermal stimulation, swallow maneuvers and the combination of both options for treatment of patients with dysphagia.

Material and Method: An experimental study was conducted to find the better treatment option among thermal stimulation and swallow maneuvers for treatment of the patients with dysphagia. Three groups A, B and C were made, patients were taken through purposive sample technique and groups were allocated using dice roll method. Group A received thermal stimulation, B group had swallowing maneuvers and group C is given the combination of both. Outcomes were measured through the Function Outcome Swallowing Scale (FOSS). Data was collected from tertiary care units in Lahore and analysed by SPSS 16.

Conclusion: On the basis of results is concluded that combination of thermal stimulation and swallow maneuvers are significantly more fruitful for the treatment of dysphagia.

Trouble in swallowing food; solid, semi -solid, liquid, or any of them is defined as dysphagia. Swallowing issues can be due to neurological, muscular, anatomical and psychological disturbances [1]. Normal swallowing process has four sequential stages, include oral preparatory, oral propulsive, pharyngeal and oesophageal stages, on the basis of the bolus location in the food passage [2]. Oral phase, pharyngeal phase and oesophageal phase are physiological phases of swallowing that can present symptoms of dysphagia. Common symptoms comprise of generalized feeding difficulty i.e. Poor competence, failure to thrive, and food refusal, however, specific symptoms include tongue thrust, oxygen desaturation, choking, and cough [3]. Complication with normal swallowing pattern can not only lead to impaired quality of life but also have significant life threatening outcomes. In oropharyngeal dysphagia, aspiration of food, liquid and even saliva is seen frequently and can lead to aspiration pneumonia. If dysphagia remains untreated then it can cause many other problems which may include: hindrance in physical and mental growth, choking, dehydration, aspiration pneumonia, malnutrition, asphyxiation, chronic pain, unpleasant socio-emotional effects and ultimately death [4]. As it is known that the factors like neurological, muscular, anatomical or physiological are most of the time responsible for predisposing a person to swallowing difficulty [1]. Among these etiologies stroke is the most common risk factor. There are many other conditions are there that can lead an individual to paradigm of dysphagia e.g. poor co-ordination of muscular strength, stance, size of bolus, illness making disuse of swallow, ageing, cognition, respiratory and cardiac issues, furthermore, they may have a significant influence on initiating and progression of swallowing process [4].

Therapeutic strategies and the results of rehabilitation in oropharyngeal dysphagia had been considered since the 70’s, reaching its elevated point throughout the 80’s and 90’s [5]. Several techniques are used to modify the physiology of the swallow. One of them is thermal stimulation that includes tapping or rubbing technique the patient's anterior faucial pillar with the use of an iced dental mirror. Other therapeutic techniques include oral-motor exercises and swallow maneuvers e.g. super glottis swallow, supra supra-glottic swallow, Mendelsohn meneuvers, effortful swallow and masako maneuvers [6].

Thermal tactile stimulation also, known as thermal application is one type of therapy used for the treatment of swallowing disorders. This method involves stroking or rubbing the anterior faucial pillars with a cold probe prior to having the patient swallow. It is hypothesized that the touch and cold stimulation increases oral awareness and provides "an alerting sensory stimulus to the cortex and brainstem such that, when the patient initiates the oral stage of swallow, the pharyngeal swallow will trigger more rapidly" [7].

For improvement of quality and quantity of life, there is immediate need of rehabilitation, for this purpose, this study was conducted to see the better therapeutic option for treatment of dysphagia.

Study was conducted on consecutive outpatient from tertiary care units (Combined Military Hospital, Fatima Memorial Hospital and Mayo Hospital), age range of 45 years to 65 years only those patients (both male and female) were integrated in the research with predetermined criteria: having difficulty to swallow due to acquired neurological conditions specifically involving sub-cortical area or brain stem, scoring mild to moderate on Glasgow coma scale. Patients with degenerative diseases and oesophageal dysphagia were excluded.

Study was conducted and completed within 6 months: 1st January to 30th June 2014, patients were selected through purposive sampling and groups were allocated through dice roll method. Group A received thermal stimulation, B group had swallow maneuvers and C group took combination of the both the thermal stimulation and swallow maneuvers as a treatment option. Outcomes were measured through the Functional Out Swallowing Scale (FOSS). Thermal stimulation was given for 4-5 sec in thrice a day and maneuvers were performed 5-10 times in a session thrice a day and the patient was re-evaluated after 20 consecutive sessions. Main types of maneuvers applied were: the Mendelsohn maneuvers, Effortful swallow and Supraglottal swallow.

SPSS-16 is used for statistical analysis. Endnote is used for the purpose of referencing citations. 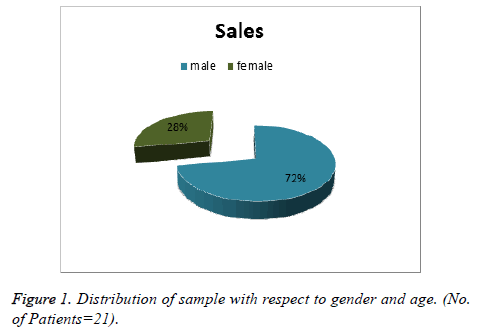 Figure 1. Distribution of sample with respect to gender and age. (No. of Patients=21). 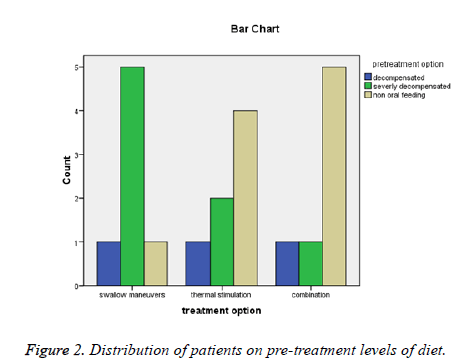 Figure 2. Distribution of patients on pre-treatment levels of diet. 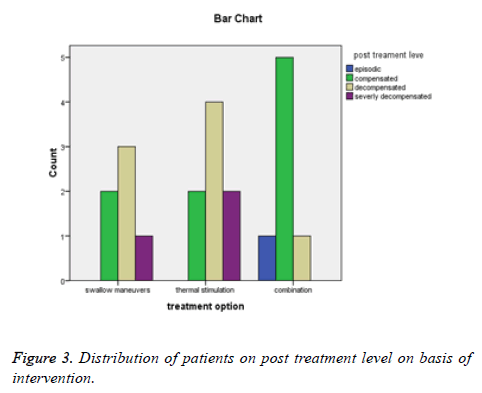 Figure 3. Distribution of patients on post treatment level on basis of intervention.

It showed P value 0.257 (>0.05), it depicts that efficacy of the treatment options are statistically insignificant.

Etiological cause of dysphagia in 95% patients was stroke, among the patients involved in study the 72% were with the diabetes, 100% with hypertension and 28% were with cardiac diseases. According to Shford et al. effortful swallow maneuvers appears to be a therapeutic source in the rehabilitation of oropharyngeal dysphagia [8] Another study concluded that 55% of patients showed escape from risk of aspiration through the chin down posture, among them 40% were with pre swallow aspiration and 60% were with aspiration while swallowing [9]. Current study has showed notable results in favour of swallow maneuvers for not only prevention of aspiration but also in improving the dietary status of the patients with dysphagia.

Oral sensory stimulation techniques, swallow maneuvers, maxillofacial prosthesis, medicines and surgery are part of direct therapy and are intended to change the physiology of the swallowing process [10]. In Japan ice massage is in tremendous use as a treatment to initiate the swallow process, even in daily basis swallow training among CVA and stroke patients and the results told that immediate triggering of swallow reflex is seen through ice massage [11]. In this study icing massage also had a significant result in triggering the swallowing reflex and management of dysphagia. During the process of swallow in normal human being, primary motor, somatosensory along with sensory motor area are activated. Activation of different cortical areas during different eating and swallowing tasks depicts that different areas are aligned to different tasks. That’s why; different sites of oral cavity are stimulated for the stimulation of the respected cortical area [12,13]. Similar results are proved by this study, 58% patients were able to achieve the level of decompensated dietary level after thermal stimulation as treatment, 30% were on compensated level and only 14% were on severely decompensated level of Functional Out Swallowing Scale (FOSS).

For generalizing the fact that stimulation and maneuvers in combination have better outcome in management of dysphagia, this study should be conducted on large scale. On large sample size, large population and more combination of more treatment techniques. Different treatment options and their combinations should be explored. There is an immense need of the minimizing the confounding variables and effect of weather, regional differences and socioeconomic status should also be taken into consideration.