Aims: Apart from oral hygiene instructions continual motivation and manual dexterity may also be fundamentally required in case of disability. The objective of this study was to determine the effects of a guided manual tooth brushing program on oral hygiene status of visually impaired individuals after one month.

Visually impaired children are solely reliant upon verbal instructions and simple information for their everyday routine abilities. One such routine task that they must fulfil is oral hygiene, which if jeopardized may have negative impact on their quality of life [1]. Very few studies have shown oral health problems occurring equally among visually impaired as well as those of their sighted peer [2,3]. This could be attributed to lack of dental knowledge and regular dental visits in general regardless of any disability [4]. On the other hand, there are noticeable studies which emphasize on much poorer oral health conditions of visually impaired children [5,6]; both in comparison to their sighted counter group [7] and peers with other disabilities [8]. Through these pertinent researches it is understandable that visual impairment must be causing some kind of obstacle in removing bacterial plaque from their tooth surfaces. Other difficulties may include toothpaste applications on brush and using brushing strokes that could be detrimental to oral structures. This may further cause damage to the periodontium and, as a consequence, may result in higher levels of gingival inflammation, calculus and debris than those who do not have any kind of major vision impairments. Therefore, in addition to verbal instructions, it is suggested that tactile aids may play a vital role in improving their potential and overcome their compromised abilities [4].

So far, the overall evidence retrieved on oral health of visually impaired has highlighted the need for raising pertinent knowledge and provision of oral health education to persons with visual impairment. It is understandable that these recommendations are based on the notion that knowledge of dental health is important to promote the maintenance of oral health [9]. However, very few researchers have promoted oral health without evaluating its effects [10,11] and further rare have recently studied the results of oral health promotion programs for disabled [12] and visually impaired individuals [13-15]. Thus there is a paucity of data and limited literature available on disseminating oral hygiene skills to individuals with visual impairments. In dentistry, key health promotion tool is oral hygiene instructions for prevention from poor oral conditions as it provides basis for good oral health throughout life. But in case of visually impaired children, apart from simple oral hygiene instructions for the prevention of poor oral conditions continual motivation and manual dexterity specifically for appropriate and adequate techniques may be fundamentally required [16]. Therefore, the objective of this study was to determine the effects of a guided manual tooth brushing intervention program on oral hygiene status of visually impaired individuals after one month.

A parallel design single blind randomized controlled trial was conducted at Ida Rieu Welfare Association, Dr. Panjwani School Complex for the Blind, Karachi over a span of four weeks (30 days). Ethical approval was taken by authors’ institution and pursued the ethical standards of World Medical Association for human experimentation 2008 version of Helsinki Declaration [17]. This study was in line with the CONSORT (Consolidated Standards of Reporting Trials) guidelines for reporting clinical trials [18] and sample size was acquired using the American Dental Association (ADA) Clinical Protocol Guidelines [19] and revealed that at least 25 participants were needed in each trial arm. Visually impaired and blind students who were registered and regularly attending the school were approached to be assessed for eligibility. Subjects with any other physical or mental disability and nonconsenting were excluded. A signed written and verbal consent informing about the aims and benefits of the study was taken from school administration/caregivers and each study participant respectively. Before dental examination all participants were interviewed using a structured questionnaire comprising of six questions regarding oral hygiene practices. Baseline oral hygiene status using Oral Hygiene Index of all participants was then examined by single trained and calibrated dental examiner (intra-examiner reliability=91%) who was blinded to the intervention allocation. Baseline dental examination was executed on a simple chair in day light with the help of sterilized dental examination instruments examining all buccal/ labial and lingual/palatal surfaces of all index teeth (16, 11, 21, 26, 36, 31, 41 and 46).

Participants were then randomly assigned to intervention (test and control) groups with equal division in both groups using simple random number table. Details of intervention to be administered to randomized participants were enclosed in Sequentially Numbered, Opaque and Sealed Envelopes (SNOSE). The randomization plan was determined by the principal investigator who was also the trial statistician.

The test group participants were intervened by 10 trained and calibrated dental students (mean kappa=95%) for BASS method of tooth brushing and applying full length amount of toothpaste via tactile stimuli first on demonstrative models in their hands and then their own teeth using manual tooth brushes provided to them. They were taught to count till 30 while brushing each quadrant using recommended technique. Their counting was sequenced with clock 30 seconds. They were also inculcated to brush twice daily, after breakfast in morning and before going to bed at night and were advised to rinse the oral cavity after every meal. Follow-up visit at their center was planned by dental students after two weeks of intervention where test group participants were advised to bring their tooth brushes and demonstrate tooth brushing. This was carried out to informally assess their performance.

Control group participants were intervened through verbal oral hygiene message to brush twice daily, after breakfast in morning and before going to bed at night and were advised to rinse the oral cavity after every meal. No particular skills to brush their teeth were taught to them.

Post-trial data was collected by dental examiners after 30 days and only OHI scores were examined and recorded of all study participants. Data entry and analysis was done using Stata version 11.0. Descriptive statistics was used to calculate frequency (in percentages) of baseline data and mean with standard deviation of OHI scores both before and after intervention were calculated. Chi-square test was applied to assess any difference between baseline responses and Paired ttest was applied to compare for both between group and within group difference in mean OHI scores at pre and post intervention levels. The p-value for statistically significant differences was considered as <0.05 at 95% confidence level.

Sixty visually impaired and blind students were approached for this trial, of which 50 were finally recruited (n=25 in each group). Figure 1 presents the flow chart of trial protocol. Out of these 68% were males. Overall mean age was 12.42 ± 1.44 years with an age range of 10-15 years. With respect to participants’ visual condition 72% (n=36) of all were found with visual impairment and rest were completely blind. Overall mean OHI score was 3.06 ± 1.77. Group comparison with respect to age, gender and other baseline data is given in Table 1. All variables were matched among both groups (p>0.05). 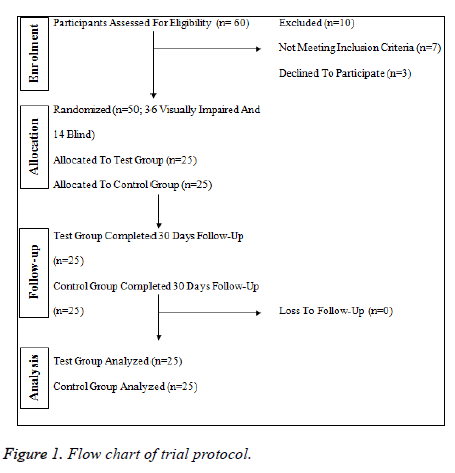 Table 2. Between and within group (test and control) differences in mean OHI score.

Present study was planned to assess the effect of a guided tooth brushing intervention program on the oral hygiene status of visually impaired individuals and revealed a significant reduction in the mean OHI scores after one month of the intervened subjects. Sample size and trial conditions were appropriate according to using the ADA Guidelines, reasonable enough to evaluate short term results.

Considerable amount of oral debris and calculus was seen among visually impaired study participants at the baseline examination in this study. The reason could be an inability of these children to see and effectively utilize the oral hygiene aids. Test group participants showed a considerable positive change through this guided tooth brushing program leading to a substantial short-term improvement in their oral hygiene over a period of 30 days. However, further research is needed to assess long term effects. The result of this study is partially in line with other previous studies [13-15]. Previous studies observed plaque and gingival status unlike present study that considered OHI score as an outcome measure. Only one of these studies is found to be a randomized controlled trial and followed-up the participants for two months; [14] however, the sample size was not enough for the results to valid and reliable. Moreover, the statistical method used by the researchers for categorical data pertaining plaque (poor, fair, excellent) was analysed by using paired t-test is also unjustified leading to invalid and unreliable results.

Inter-group comparison in mean OHI scores was not found significant in our study. On the other hand previous study [15] found significant differences between gingival scores of “verbal+tactile group” and “verbal+tactile+braille group”, suggesting braille to be an effective tool to instil good oral hygiene practices for visually impaired individuals. However, study results must be cautiously considered due to non-random allocation of study participants.

It is admitted that present study did not consider the use of braille to teach the oral hygiene instructions to the visually impaired children due to lack of financial funding to initiate this trial which may be considered as a study limitation; but the study results will help pledge use of braille in future for this disadvantaged group of our society. Cautious inspection of the limits to services offered, the striking oral health negligence experienced by these disabled individuals can be effectively diminished. In addition it is also suggested that parents, caretakers and teachers must be trained with these methods to support tooth brushing so as to increase motivation and help sustain good oral hygiene among visually impaired.

Special thanks to the management and teachers of Ida Rieu Welfare Association, Dr. Panjwani School Complex for the Blind.

All authors declare that there is no conflict of interest.