Effectiveness and safety of ancillary device for endoscopic submucosal dissection

Objective: Endoscopic Submucosal Dissection (ESD) can be used to resect gastrointestinal diseases, but ESD costs long procedure time. It was reported that the rulers can serve as an ancillary device for shortening the procedure time. Thus, we aimed to identify a ruler assisted method performed by endoscopic nurses to shorten ESD procedure time and improve safety.

Methods: A total of 30 patients indicated for ESD in our hospital from January 2016 to May 2016 were prospectively enrolled and randomly divided into control and experimental group, which received routine and ruler assisted intervention, respectively. We compared the demographic and clinical characteristics, procedure time and perioperative complications between two groups, analyzed the application of ancillary device assisted ESD.

Conclusions: Our prospective data proved that the ruler assisted endoscopic device for ESD is safe and effective in shortening procedure time and avoiding mucosal injuries and complications.

In recent years, great progress has been made on endoscopic technique, which facilitates the application of endoscopy in treating gastrointestinal diseases [1-3]. Endoscopic Submucosal Dissection (ESD) can be used to resect early cancer in gastrointestinal tract, and enable the en bloc resection of the lesion [4]. However, ESD is associated with long procedure time. The main possible reason may be that it takes a relatively long time to insert the device due to the long channel, no markers for measuring the insertion and uncertain speed and length of the insertion during the process of ESD. Previous researches have reported that the rulers can serve as an ancillary device for measuring the length of the endoscopic channel [5,6]. However, whether this ruler assisted method can be used for ESD has been rarely investigated. Thus, in this paper we aimed to identify an intervention method performed by the endoscopic nurses to shorten the ESD procedure time and improve the safety by introducing a ruler as an ancillary device, which can measure the distance from the entrance to the exit of the biopsy channel before ESD. We compared the procedure time and perioperative complications, analyzed the application of ancillary device assisted ESD.

A total of 30 patients indicated for ESD in our hospital from January 2016 to May 2016 were prospectively enrolled. There were 18 men and 12 women. The age ranged from 34 to 72 and the average age was 52.5 y old. There were 7 patients with flat adenoma in colon, 3 patients with laterally spreading tumor in ileocecum, 5 patients with giant flat polyp in rectum, 12 patients with gastric stromal tumor and 3 patients with early gastric cancer. All the patients underwent ultrasound, which indicated the lesion was limited to mucosal muscularis or submucosa, the border was clear, muscularis propria was not involved, and the mucosa was lifted after injection. If the patients had contraindications for endoscopic procedures, they were excluded from the study.

This study was approved by the Ethic Committee of 307 Hospital. All the patients gave their written informed consent.

The patients were randomly divided into control group (n=15) and experimental group (n=15) by using random number method. The two groups were treated by routine procedure and intervention procedure, respectively. The preoperative and postoperative treatments were the same in both groups.

Before ESD, all the patients underwent related examinations. The whole ESD procedures were as follows: labelling, submucosal injection, circumferential pre-cut, dissecting and closing. In control group, routine procedures were performed. The endoscopic nurses cooperated with the endoscopist to complete the process of ESD. The device was independently selected by the endoscopists based on their habits and patients’ status. If the complications including bleeding and perforation occurred, the endoscopist and endoscopic nurses took timely measures. In experimental group, the patients were treated by intervention ESD. Before ESD, the distance from the entrance to the exit of the biopsy channel was measured (Figure 1), and marked on the wall. The effective upper and lower gastrointestinal endoscopy was 1100 cm and 1330 cm. The disposable devices including flex knife, Dula knife, IT knife, hot biopsy forceps were measured, and the distance at 5 cm away from the entrance was marked (Figure 2). During ESD, when the device was over 5 cm away from the entrance of the channel, the insertion could be quickening and no mucosal injury and perforation occurred. If the distance was within 5 cm, the insertion should be slowed down in order to avoid unnecessary mucosal injuries and exact localization of the device. The nurses should observe closely and remind the endoscopists during the procedures. 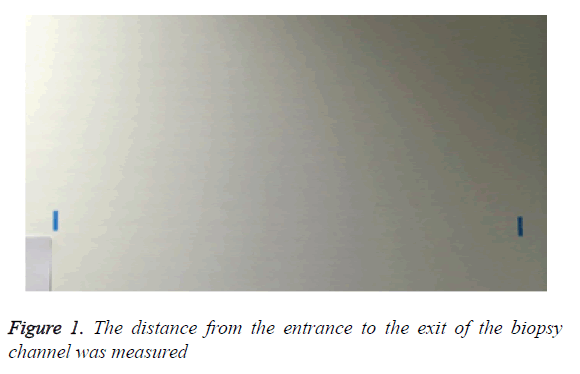 Figure 1. The distance from the entrance to the exit of the biopsy channel was measured 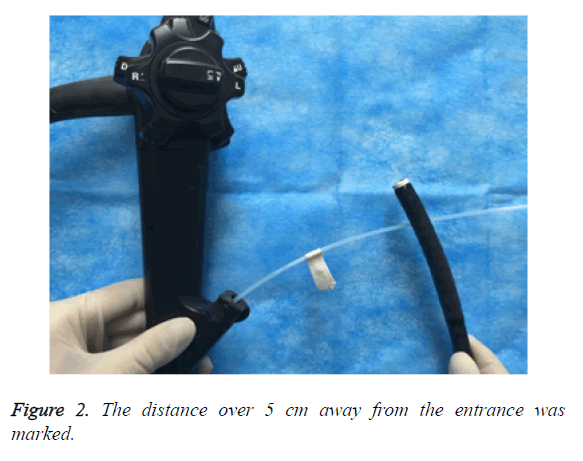 Figure 2. The distance over 5 cm away from the entrance was marked.

All the statistical analysis was conducted using SPSS17.0 software (SPSS Inc., Chicago, IL, USA). The continuous and categorical data were presented as mean (range) and percentage, respectively. The differences of these data were tested by using independent student t-test and chi-square test when applicable. A two tailed P value less than 0.05 was considered to be statistically different.

The procedure time ranged from 45 to 90 min in control group, which ranged from 30 to 80 min in experimental group (Table 2). There were no significantly statistical differences on the size of the resected specimen between the two groups. No obvious bleeding and perforation were observed. These results indicated that by measuring and labelling the length of endoscopic device, the endoscopists could be aware of the speed of inserting the endoscopy, which can save the procedure time and avoid unnecessary intragenic mucosal injuries.

ESD has been widely applied in treating gastrointestinal mucosal lesions [7-9]. The success of ESD was determined by the characteristics of the lesion and the infiltration depth, as well as the endoscopic skills of the endoscopists [10,11]. In addition, the cooperation of endoscopic nurses and endoscopists also plays a vital role in ESD, and the close cooperation could greatly shorten the ESD procedure time [12-15].

Based on the present study, our prospective data proved that the ruler assisted endoscopic device for ESD is safe and effective in shortening the procedure time and reducing the occurrence of mucosal injuries, bleeding and perforation. This conclusion may be further validated in large scale randomized controlled clinical trial.