Effect of iron deficiency anemia on simple and complex febrile seizures in children in Karbala province.

Febrile Seizures (FS) are the most common cause of convulsions in children and a frequent cause of emergency hospital admissions. Between 2% and 5% of children (more common in boys) in Europe and the United States experience at least one FS before the age of 5 years [1-3]. Although earlier Indian studies suggested that up to 10% of children experience a febrile seizure, recent data indicate that the incidence rate in India is similar to western figures [4,5]. The pathophysiology of febrile seizures remains unclear. It is generally believed that it is an age dependent response of the immature brain to fever. This postulation is supported by the fact that most (80%-85%) febrile seizures occur between 6 months and 5 years of age, with the peak incidence at 18 months [1-2,6]. Simple febrile seizures are those that last less than 15 minutes and are generalized (tonic-clonic). Complex febrile seizures are prolonged more than 15 minutes, focal, or multiple within 24 hours [7].

Despite the abundance iron in the environment, iron deficiency is the most common nutritional deficiency in the western world and the most common cause for anemia worldwide. The iron status of infants and children is especially precarious because of exaggerated needs imposed by growth. The national family health survey III documented that about 78.9% children between the ages of 6-35 months were anemic [8]. Iron is used as cofactor for metabolism of many neurotransmitters, monoamine and aldehyde oxidase in the brain [9]. The metabolism of this neurotransmitter will be affected in the patient with iron deficiency leading to decrease in this neurotransmitter, which may decrease the threshold for seizure [10]. Fever can worsen the negative effects of low serum ferritin on the brain and trigger seizure. Effect of iron deficiency anemia on simple and complex types of febrile seizure and on recurrent febrile seizure is investigated in this study.

Across sectional study was conducted among 121 children with febrile convulsion in Karbala pediatric teaching hospital during the period from 1 March to 1 December 2018 in Karbala province. Patients were divided into two groups. The first group included 70 children with Simple Febrile Seizure (SFS) that determined based on criteria of tonic-clonic, lasting fever for 15 mins, and no recurrent within a 24 hours. The second group included 51 children with Complex Febrile Seizure (CFS) that determined based on criteria of prolong FS to more than 15 mins, focal, and can recurrent within 24 hours. Blood sample was collected from all patients for measurement Hemoglobin (HB), Red Blood Cells (RBCS), Mean Corpuscular Volume (MCV), Mean Corpuscular Hemoglobin (MCH), Red cell Distribution Width (RDW), and serum ferritin level.

Data were collected from parents of patients by questionnaire design to determine the age, temperature, and family history of febrile seizure or epilepsy. The age of children was ranged from 6 to 60 months (mean age: 33). The sample was taken according to the definition and criteria of febrile seizures are: seizures that occur between the age of 6 and 60 months with a temperature of 38°C or higher that are not the result of central nervous system infection or any metabolic imbalance, and that occur in the absence of a history of prior a febrile seizures.

Ethical approval on study conduction obtained from Iraqi ministry of health, Karbala training centre of the Arab board for health specialization and from Karbala health directorate. An oral consent was taken from each parentprior to the interview, with short explanation on the objectives of study.

Data were entered and analyzed using the statistical package for social sciences version 24, variables presented as frequencies percentages, median, mean and standard deviation. Chi square test used to assess the significance between studied groups. Student t test used to compare means. Binary regression analysis performed to control the possible effect of some variables on the association between IDA and recurrence. Odds Ratio (OR) which is an estimator of an association between a risk and outcome, it was calculated according to standard equation, OR of more than one indicated the more likelihood that an event present in a group rather than the other group, while if it is less than one, it indicates the less likelihood. OR of one indicates no difference between both groups in regard to presence of a factor under study. Level of significance set at p value ≤ 0.05 to be significant.

The median age was 19 months in simple group and 24 months in complex group. Moreover, the age distribution into 4 age subgroups with a 12 months interval revealed no statistical significant differences between both groups, P-value>0.05. The gender distribution in this study revealed that male more than female have febrile seizure, age between (13-24) months have more febrile seizure than other age subgroups (Table 1).

Table 3. Comparison of levels of HB, MCV, MCH and serum ferritin according to standard reference ranges for diagnosis of IDA. Figure 1: Comparison of mean serum ferritin between both studied group.

According to the standard reference levels for the diagnosis of IDA, 11 patients (15.7%) in simple group had IDA compared to 18 (35.3%) patients in complex group, according to the value of odds ratio, patients with complex febrile fit were about 1.7 folds more likely to have IDA than those with simple febrile fit, (OR=1.73, P value=0.013) (Table 4). In total, IDA was found in 29 patients represented 24% of the 121 patients (Figure 2). Regarding the recurrence was reported in 63 out of the 121 patients giving a recurrence rate of 52.1%, (Figure 3). Figure 4: Recurrence rate in patients with and without IDA (N=121).

Table 6. Results of binary regression analysis for the relationship between recurrence and other variables.

The risk of febrile seizure is associated with many factors, and many authors are in favor of a multifactorial model [11]. In the literature reviewed there are some publications involving anemia as a risk factor for febrile seizure in children. Pisacane et al. reported that the anemia was the most common underlying pathology in children younger than 2 years with febrile convulsion [12]. Additionally, Kwak et al. found that IDA was associated with increased risk febrile seizures [13]. This suggests a possible association between low levels of iron and the presence of febrile seizure. The explanation of that the threshold of neuron excitation may be affected by iron deficiency anemia.

From the scientific point of view it is important that in establishing the relationship between anemia and febrile seizure be counted a new factor for developing this disease, which is easily treatable. Also, perfects the skills in the diagnostic evaluation and therapeutic course of this disease. Therefore, the present study tried to assess the relationship between Iron Deficiency Anemia (IDA) and febrile convulsions in both simple and complex subtypes among group of Iraqi children presented to our hospital.

In the present study, the median age was 19 months and 24 months in simple and complex groups, respectively, furthermore, the subgrouping of patients into 4 age groups, indicated that almost two thirds of the patients at the age of two years and below. The gender distribution revealed the dominance of males in both groups, however, no statistically significant differences had been found between both studied group neither in age nor the gender. The age and gender distribution of the patients in this study is consistent with epidemiological and clinical picture of the febrile convulsions that reported in previous literatures, which were documented in this study the incidence of febrile seizures is relatively higher in younger children that age between 13 months-24 months and in males more than female.

From other point of view, lower serum ferritin levels were also reported to be associated with febrile convulsion. Daoud et al. found that a significant decrease in the plasma ferritin levels was associated with higher risk of first febrile seizure in children under age of 4 compared with a reference group [18]. Furthermore, other studies conducted by [19]. Momen et al. also supported the findings of Daoud et al., that IDA and lower S ferritin level was associated with higher incidence of febrile seizures, and suggested that Iron insufficiency have an important role in FS [18,20]. However, these studies compared their findings with control groups and did not compare between simple and complex febrile convulsions subgroups.

Conversely, two previous studies found no significant association between IDA and Febrile Seizures. An Iranian study was conducted by Amirsalari et al. [21] and the other study was conducted by Kobrinsky et al. reported that IDA was less likely to occur in children with febrile seizures compared to controls [22]. The explanation for the differences in the findings between these two studies and our study could be attributed to the geographical variation and the prevalence of anemia in different populations where the relationship appear to be more significant in areas with low to moderate prevalence of anemia but not in those with high prevalence. 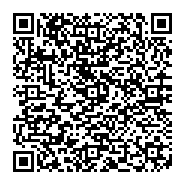