Effect of iron and zinc supplementation on linear growth of stunted Egyptian children under 5 years of age.

Background: Linear growth is the best indicator of children’s well-being and provides an accurate marker of inequalities in human development.

Aim: Study and compare the effect of micronutrients supplementation (Iron and zinc) on linear growth of infants and children less than 5 years of age suffering from stunted growth.

Patients and Methods: A randomized study included 60 children less than 5 years of age came to the department of clinical nutrition in a university hospital for nutritional assessment. Cases randomly divided equally into two groups. Group A received iron supplementation only and group B received supplementation with iron and zinc. Follow up of length/height was done after 6 months of supplementation.

Outcome Measures: Length/height for age and sex (birth to 5 years Z-scores, WHO, 2003).

Results: On comparing the length/ height of the two groups before (p=0.472) and after supplementation (p=0.923) respectively, no statistically significant differences were found between supplementation with iron only and with iron plus zinc. Yet, upon calculation the rate of change in linear growth after 6 months, a significant difference (p=0.002) was evident on comparing group B who received zinc plus iron (mean=13.6 cm increase in height) vs. Group A who only received iron (mean=10.8 cm increase in height).

Improper nutrition in the first 1,000 days of a human’s life can lead to stunted growth, which is irreversible and accompanied by impaired cognitive ability and reduced school achievement [1]. About 50 percent of all children suffering from stunting lived in Asia and more than one-third in Africa [2].

Micronutrients play a major role in learning, cognitive functions, immune responses and cellular signaling. A study done in USA included children up to 18 years and found evidence that zinc supplementation had medium effect in improving height among children, especially who were young age and stunted before supplementation [3].

Iron has vital functions like acting as a co-factor for enzymatic reactions and carrying of oxygen to the tissues from the lungs. Iron deficiency worsen oxygen dependent cellular energy metabolism consequently, leads to defective linear growth and impaired cognition [4].

A randomized study was performed on stunted Egyptian children less than 5 years of age attended for nutritional assessment. An informed consent was obtained from the parents of all enrolled infants and children.

The study included 60 children less than 5 years of age suffering from stunted growth in the period from 1/5/2017–1/5/2018. Stunting was identified by assessing a child’s length or height (recumbent length for children less than 2 years old using a ruler and standing height for children age 2 years or older using stadiometer) and put the measurements on WHO Z-scores.

• Children over 5 years of age.

Sample size was calculated based on the previous work by Mozaffari-Khosravi et al. and Petry et al. the expected difference of height for age between the two groups was 1 ± 1.2 [5,6]. Using power 80% and 5% significance level; 24 participants in each group were required. This number was increased to 30 to compensate for possible losses during follow up. Sample size calculation was achieved using. PS: Power and Sample Size Calculation software Version3.1.2 (Vanderbilt University, Nashville, Tennessee, USA).

All cases were collected from the clinical nutrition department in a university. Following admission and enrollment, full history taking including age, gender, and prenatal, dietary and developmental history were taken together with a thorough clinical examination. MyPlate and 24-hour dietary recall assessment were used for proper assessment of food diversity and quantity Initial Anthropometric measurements (using WHO Z scores) to assess height or length/age for boys and girls [7-10]. Stunting uses a Z-score cut-off point of <-2 SD to classify low height-for-age as moderate and <-3 SD to classify severe.

Follow up sessions for all the included cases every 2 weeks to ensure that they were compliant with the supplements. Assessment of length/height was done after 6 months using WHO Z-scores under 5 years of age. Compared to percentiles, Z-scores have a number of advantages: they are calculated based on the distribution of the reference population and comparable across ages, sexes, and anthropometric measures [13].

Data management and analysis were performed using SPSSc Statistics version 24 (IBMc Corp., Armonk, NY, USA). Comparisons between groups with respect to numeric variables were done using the Student’s t-test for normally distributed variables and the Mann-Whitney nonparametric test for the non-normally distributed variables. Comparisons between categorical variables were done by the chi-square test or fisher's exact for small sample size. All p-values are two-sided. P<0.05 were considered significant.

Out of 60 enrolled children, 43% of them lived in rural areas and 57% were from urban areas. Prenatal history revealed that 40% of the mothers in group A suffered from anemia during pregnancy compared to 30% in group B. Percentage of infants who were received exclusive breast fed in group A was 76.7% vs. 60.0% of group B. Over 23% of infants in group A were formula fedvs. 40% of group B as shown in (Table 1).

Table 1: Demographic data, feeding, prenatal and past history among the studied groups.

Table 2: Diversity and quantity of food among the studied groups.

Proteins was the major deficient element inthe food of 46.7% of group A vs. 56.7% of group B as illustrated in (Figure 1). This was followed by lack of carbohydrates and vegetables (each 20%) then Fruits and Dairy products (each 13.3%) in the diet of group A. The other food elements deficient in group B were carbohydrates and fruits (each 26.7%) then vegetables and dairy products (each 13.3%). Figure 1: Deficient elements in the meals received by the studied groups.

Table 4: Correlation of gender to height/length on initial visit. p-value<0.05 is considered significant.

Table 5: Age initial length/height and rate of change between the two groups. p-value<0.05 is considered significant.

After 6 months of micronutrient supplementation, evaluation of each group separately showed that there was a statistically significant increase in length/height of each group (P-value<0.001) (Table 6). Meanwhile, (Figure 2) demonstrated that 60.0% of cases in group A became <-2 on WHO Z-score vs. 26.7% in group B and 40.0% in group A became =-2 compared to 73.3% in group B. Comparing of both groups together showed that the length/height of group B which received supplementation with iron plus zinc was significantly increased compared to group A which received supplementation with iron only (p-value=0.009).

Table 6: The difference in length/height in each group separately after 6 months of supplementation. p-value<0.05 is considered significant. Figure 2: Height/length before and after micronutrients supplementation on who z-score.

The aim of this study was to systematically evaluate the effect of iron and zinc supplementation on linear growth of infants and children below 5 years of age. The study was a randomized study including 60 children less than 5 years of age. They were randomly divided into two groups. Group A received iron only and group B received iron and zinc. Follow up of length/height was done after 6 months of supplementation.

As for place of residence, Shortage of economic resources means that food insecurity is more common among rural inhabitants [14]. Teenage pregnancy and high parity were prevalent in rural areas which cause nutrients depletion from the mothers because of physiological immaturity and the stresses of multiple pregnancies with short intervals in between [15].

About 60% of parents of the children included in our study were not educated. A study done by Vollmer et al. [16] in 2017 on childhood malnutrition in low-income countries reported a higher percentage of stunted children have non educated parents.

About 50% of mothers in our study suffered from anemia during pregnancy. An intervention study examined the effect of nutrition on improving maternal and infant health in developing communities during pregnancy reported that African countries showed higher prevalence of maternal overweight, associated with poor quality of food and micronutrients deficiencies in women suffered from chronic malnutrition [18].

Delay in motor milestones and a cognitive skill among our studied groups was about 30%-40% in patients of each group while delay in speech and social development was about 20%-30%. This came in line with a study done in Nigeria by Jimoh et al. in which reported a prevalence of developmental delay of 35.4% among the study population [19]. Lower figures were reported among 9 to 24 months old American children Rosenberg et al. [20]. The cause for this variance may be related to several factors such as age range, number of developmental varieties assessed, method of assessment, wealth of countries and socioeconomic state.

In our study, 68% of children were Exclusively Breast Fed (EBF) and 32% received formula feeding in addition to breast feeding. A study done in Indonesia found that most of the subjects were breastfed for two years. This study reported that prolonged breast feeding duration was associated with increasing incidence of stunting [21].

About 30% of infants involved in this study were fed on cow’s milk. A study done by Zieglershowed that the feeding of cow’s milk has adverse effects on iron nutrition in infants [22]. Mostly due to low iron level in cow’s milk, occult intestinal blood loss and also high amounts of calcium and casein present in cow’s milk inhibit the absorption of dietary non heme iron.

Lack of diversity in the food was noticed in about 80% of children integrated in this study and about 70% of them didn’t receive quantity of food appropriate for their age. This was consistent with the results of a study conducted in Nepal [23]. This study found that a more diverse diet is beneficial for child growth. Another study conducted in Ethiopia mentioned that meals number and food diversity the child ate per day significantly affect the prevalence of stunting [24].

We didn’t report significant difference in linear growth according to gender in our country. However, in India a study done by Jawaregowda and Angadifound that gender inequalities in food quality and quantity may contribute to malnutrition especially in settings where female off-springs are still considered less important compared to males [27].

Upon calculation the rate of change in linear growth after 6 months, a significant difference (p=0.002) was evident on comparing group B who received zinc plus iron (mean=13.6 cm increase in height) versus group A who only received iron (mean=10.8 cm increase in height). This statistically significant difference was also evident by plotting the length/height of the two groups on Z-score, as 73% of group B rose above the -2 value on Z-score compared to only 40% of group A (p=0.009).

These results were in agreement with a meta-analysis done by Imdad et al. which found that zinc supplementation is associated with a net benefit on linear growth. Results from a study by Fahmida et al. were in concordance with our results. This study showed that the benefit of the zinc plus iron supplementations were significantly higher among initially stunted cases [29,30].

In our study iron supplementation alone without zinc also improved linear growth of stunted children. Our results are in line with a study conducted in Egypt by Ibrahim et al. which showed that iron is crucial for the growth of infants and preschool children in Egypt. In this study, a significant acceleration of subjects’ growth velocities were observed after iron supplementation for 6 months, associated with improvement in their height SDS.

Assessment of anthropometric measures is an essential part in examination of infants and children to pick up any case of stunting early.

Regular dietary zinc intake is required because zinc cannot be produced or stored in the body.

All authors have approved the final article and have no conflict of interest to declare. 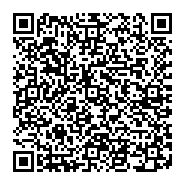